A viewer’s guide to the Kavanaugh-Ford hearing 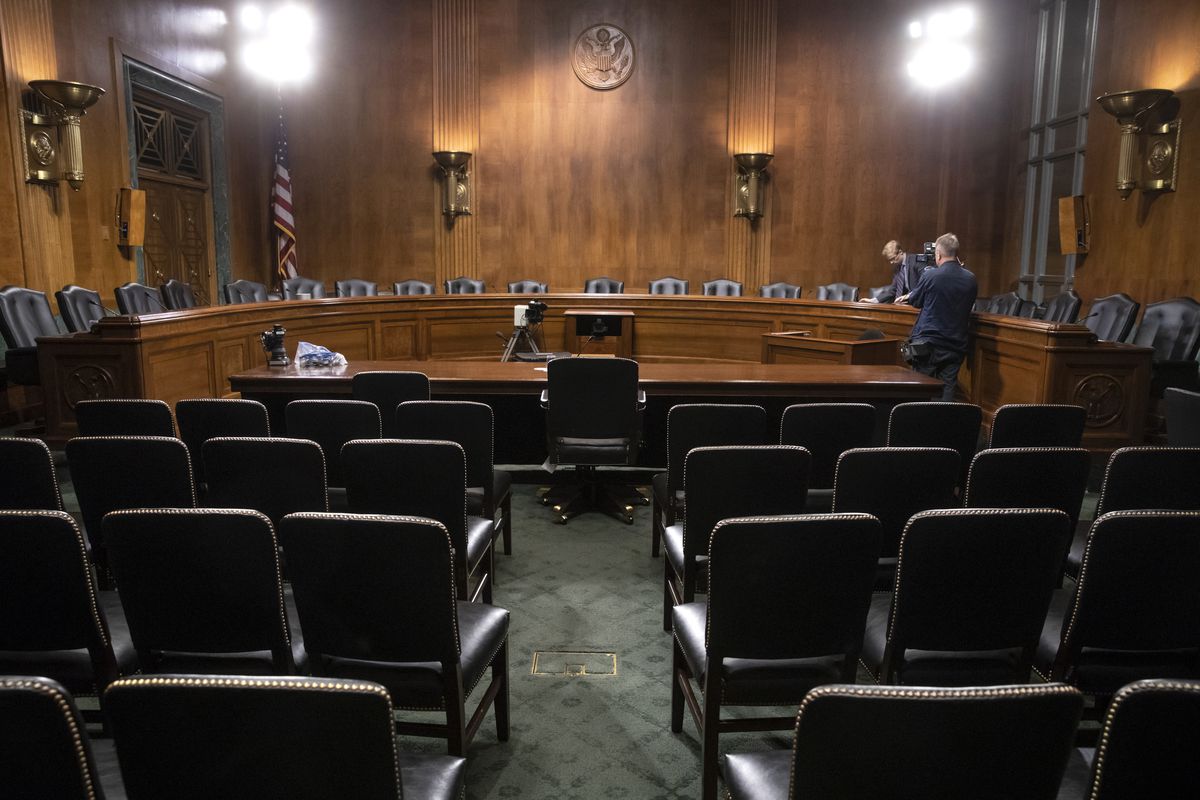 WASHINGTON — It’ll be a snapshot of the state of the union.

The Senate Judiciary Committee hearing Thursday would turn on the credibility of its two star witnesses, Supreme Court nominee Brett Kavanaugh and Christine Blasey Ford, the woman who says he sexually assaulted her.

But there is much more that will be electrifying the atmosphere in the cramped hearing room and the nation beyond the cameras. Allegations by other women. Death threats against the witnesses' families and lawmakers considering the testimony. President Donald Trump's Twitter rants. The #MeToo movement and the looming Nov. 6 midterm elections.

And a critical question that can't be answered until the hearing, technically, ends: Can Senate Republicans get a 51-49 majority in Kavanaugh's favor?

"We have lit a match," said retiring Sen. Jeff Flake, R-Ariz., a frequent Trump critic. "Do we appreciate how close the powder keg is?"

A guide to viewing the spectacle:

Gavel-to-gavel coverage can be found on many news channels, with proceedings expected to begin at 10 a.m. EDT. The hearing room will likely seat only a few dozen people not on the committee. A small pool of journalists will be allowed in, with a limited number of cameras. That's a change — at Ford's request — from Kavanaugh's first four days of hearings in the massive, lit-for-television hearing room often used for high-profile proceedings.

Whether Kavanaugh's nomination to a lifetime appointment on the Supreme Court is still viable.

Ford says Kavanaugh pushed her into a room, groped her and covered her mouth when she tried to scream during a high school party. Kavanaugh has denied that he ever sexually assaulted anyone.

THE ORDER OF THINGS

There may not be much order, if Kavanaugh's first round of hearings is any clue. They erupted almost instantly into shouting and general bedlam — and that was before anyone was talking about sexual assault allegations.

This time, because of more limited seating, any protesters would have limited ability to disrupt the proceedings.

But here is the plan: Ford is to testify first. Kavanaugh responds. Each can talk for as long as he or she wants, according to Chairman Chuck Grassley, R-Iowa.

At Ford's request, Kavanaugh will not be in the room when she testifies.

Each of the 11 Republican senators and each of the 10 Democratic senators on the committee will have a chance to ask five minutes of questions, Grassley said. The questioning will alternate between Republicans and Democrats.

Republicans have no good choices when it comes to cross-examining Ford because every GOP member of the panel is a man.

The optics of men challenging a woman who says she's been a victim of sexual assault are so bad that the committee has asked a female prosecutor from Arizona to help with the questioning.

Look for a new face in Washington to take a high profile at the proceedings at the behest of Senate Republicans. She is Rachel Mitchell, a Republican from Arizona with decades of experience prosecuting sex crimes.

Mitchell works in the Maricopa County attorney's office in Phoenix as the chief of the special victims division. She supervises attorneys who handle cases involving child molestation, sexual assault and computer crimes against children in Arizona's most populous county.

A green-and-white scribbled calendar, complete with doodles and capital letters marked "BEACH WEEK" is Kavanaugh's 1982 summer calendar, when he was a senior in high school. It's also part of his defense against Ford's accusation that he attended the party at which she says the assault happened.

Look also for four sworn affidavits from people who say Ford told them about the alleged assault before Trump nominated Kavanaugh.

Ford also provided the committee with the results of a polygraph test on her accusation. The documents indicate Ford took the test Aug. 7 at a Hilton Hotel in Maryland and seem to support her claim that she passed it, though there's no independent expert verification.

Five minutes isn't much for a potential presidential candidate, but they're likely to take what they can get. Look for at least two Democratic senators on the panel, said to be considering challenging Trump in 2020, to make the most of their time: Kamala Harris of California and Cory Booker of New Jersey.

Both took turns aggressively questioning Kavanaugh during his first four days of confirmation hearings in what many saw as a prelude to presidential primary campaigns.

Trump scoffed that his would-be 2020 challengers looked "like fools."

He's said to be seething about the slow Republican-set pace of the Kavanaugh proceedings and suggested at the United Nations that he might have preferred to hold votes on the confirmation even without hearing from Ford. Confirming conservative justices to the Supreme Court is, in his view, central to his compact with his core supporters.

Here's how Trump is assessing the Kavanaugh confirmation process: "It's disgraceful. It's a disgrace to the country. And I think you're going to see it in the midterms."

Not likely to improve Trump's mood is another bit of potential unpleasantness on his schedule Thursday: A meeting to decide the fate of Deputy Attorney General Rod Rosenstein, who oversees special counsel Robert Mueller's probe into Russian election meddling. Trump indicated Wednesday that he may delay the meeting so he can focus on the hearing instead.

Look for whether Democrats succeed in raising the two other women accusing Kavanaugh of misconduct.

One, Deborah Ramirez, told The New Yorker that Kavanaugh exposed himself to her while they were both students at Yale. She has acknowledged consuming alcohol at the time, which clouded some of her memories.

The other, Julie Swetnick, has accused Kavanaugh and his friend, Mark Judge, of excessive drinking and inappropriate treatment of women, among other things. The Associated Press hasn't been able to corroborate the claims.

Kavanaugh and Judge have denied the allegations. Kavanaugh said he doesn't know Swetnick and "this never happened."

Avenatti says he, too, is considering running for president in 2020.