Republicans want to deliver border-wall money, but debate could trigger a government shutdown 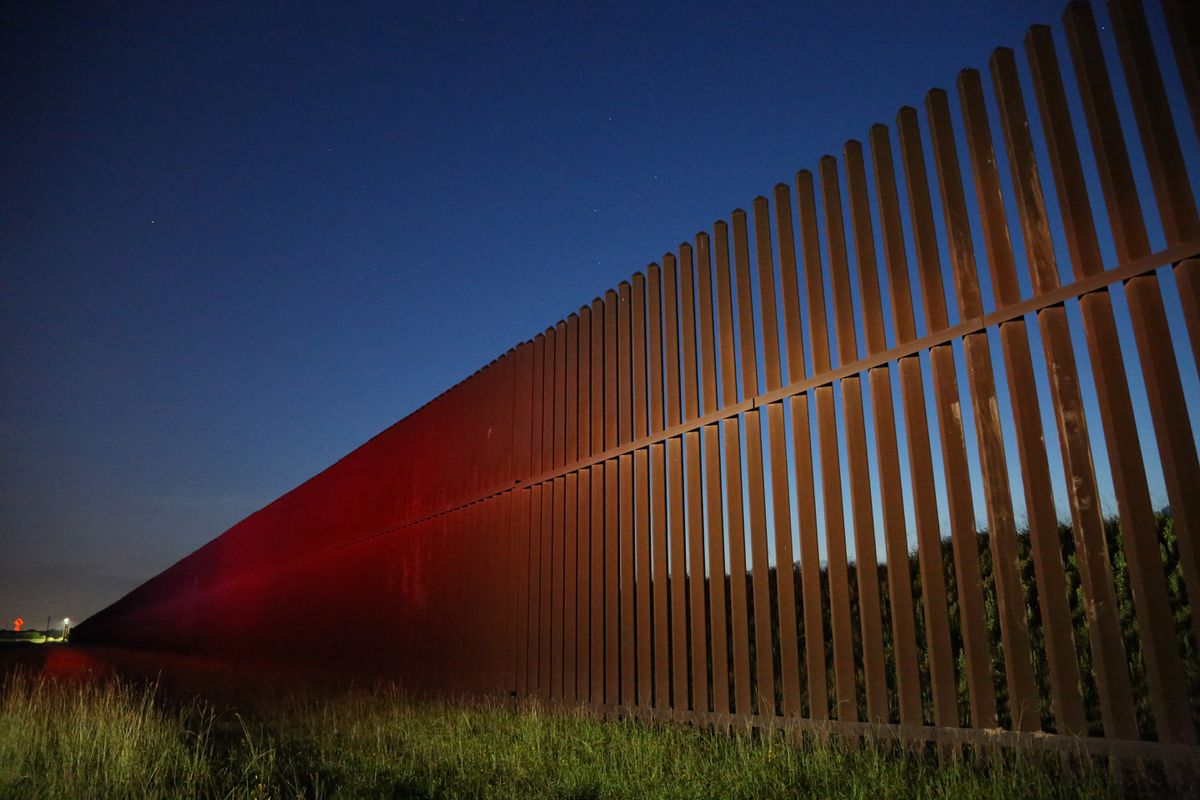 WASHINGTON — Congressional Republicans are going to try one more time to approve money for President Donald Trump’s proposed border wall, as part of a government spending bill that needs to pass within three weeks.

Newly emboldened Democrats, who will take over the House in January, are largely opposed to the funding, setting up the potential of a messy fight and a partial government shutdown.

The border wall is the most controversial item on Congress' year-end to-do list. Lawmakers will return to Washington after Thanksgiving hoping to pass the spending bill and a farm subsidy bill, among other legislation.

Funding to address the California wildfires and legislation to protect special counsel Robert Mueller from being fired could also be worked into the spending bill.

Washington lawmakers will have just three weeks remaining in their session. In some years, the party controlling the White House or Congress uses these weeks to push through big or controversial pieces of legislation because lawmakers won't run for re-election in 2020, and some have just lost their seats, making them more willing to make difficult votes. But that appears unlikely this year.

Senate Majority Leader Mitch McConnell, R-Ky., says a government shutdown won't happen, but it's probably up to Trump. The president will have to decide how aggressively Republicans should push to deliver on the wall. The spending bill, which needs to pass by Dec. 7, will most likely be Trump's last chance to get wall funding before Democrats take control of the House.

"I think this gets down to what the president is willing to accept," said Rep. Tom Cole, R-Okla. "You're not going to get Republicans in the House to put anything on his desk that he doesn't want to sign. Our guys will just (pass a stopgap bill) and move out and then the Democrats and the president can fight over it next year if we can't come to an agreement."

A House bill would provide $5 billion for the U.S.-Mexico border wall and national security, while the Senate wants to approve $1.6 billion. House Majority Leader Kevin McCarthy, R-Calif., has introduced a bill to fully fund the wall at $23.4 billion.

Republicans are floating the idea of pairing border wall funding with something Democrats want: protection for young adults who arrived illegally in the United States as children.

Democrats say there are no negotiations and dismissed the idea of giving Trump the wall so soon after the midterm elections.

"There's probably an opportunity to boost border security in general, but there's no way, nobody here is going to vote for a wall," said Rep. John Yarmuth, D-Ky. "Twenty-five billion dollars for a wall? No way, that ain't happening. Five billion, who knows, possibly."

The funding bill covers the Department of Homeland Security, the Internal Revenue Service, the National Park Service and other agencies.

If Republicans and Democrats can't find a deal before funding needs to be renewed on Dec. 7, they could pass a short-term plan to continue funding at current levels or risk closing part of the government. The Homeland Security Department would remain operating without a budget.

Other priorities could be tucked into the spending bill, including aid for California wildfire recovery, although it is unclear whether the money would be included in this bill or in an emergency spending bill in early 2019.

House Minority Leader Nancy Pelosi, D-Calif., also wants to include in the spending bill protections for Mueller, who is leading the investigation into Russian interference in the 2016 election, whether Trump's campaign participated in it and whether Trump tried to interfere with the subsequent investigation.

But most Republicans don't like the idea. McConnell and others say it is unnecessary.

“It’s unconstitutional, I’m not for it and it’s a dangerous place to be,” said Sen. Roy Blunt (R-Mo.), adding that the Supreme Court ruled in the early 1900s that the Senate couldn’t dictate executive branch decisions about firing employees. “Somebody has to be in charge of the executive branch and it’s not us.”