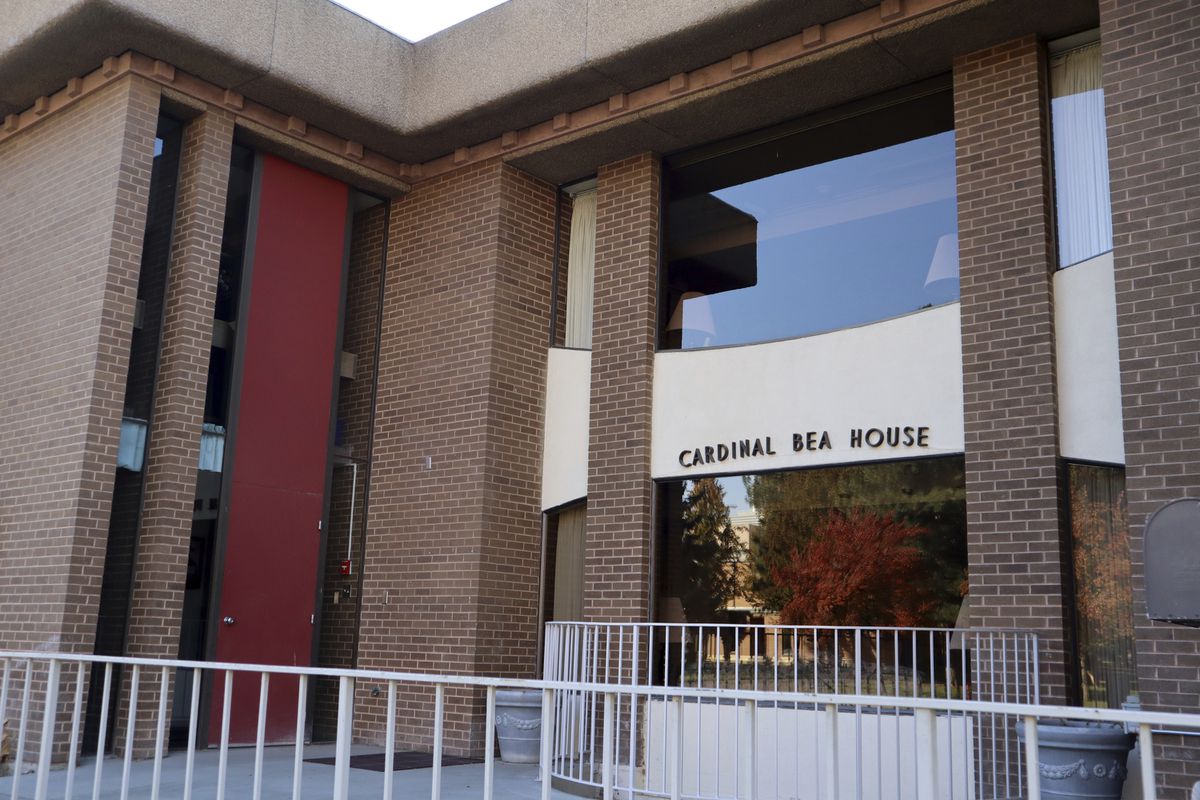 Two Jesuit priests, the Revs. Frank Case and Pat Lee, have resigned as vice presidents of Gonzaga University amid questions about the handling of sexual abuse allegations against other clergy.

Gonzaga President Thayne McCulloh made the announcement Friday afternoon in a brief letter to students, faculty and staff.

A school spokesman declined to explain the reasons for the departures, saying he could not discuss the details of personnel matters. But a news report recently revealed that Case recommended a pedophile priest for a job at a Tacoma hospital three decades ago.

It was less clear what had prompted Lee’s resignation. He had served as Gonzaga’s vice president for mission from 2005 to 2008 before being appointed vice president of mission and ministry in 2016.

Case and Lee both have served as provincials, or Jesuit regional leaders, and both were already semiretired from their vice presidential posts.

McCulloh’s letter said Michelle Wheatley, who has served as acting vice president for mission and ministry since Aug. 1, will continue in that role.

The 80-year-old Case had been a vice president at Gonzaga since 2011, though he was perhaps better known for his other role as chaplain to the school’s nationally ranked men’s basketball team. He was a fixture at Bulldogs games at home and on the road, with a reserved seat at the end of the team’s courtside bench.

Last weekend, Case appeared in stories produced by the Northwest News Network and the Emeryville, California-based Center for Investigative Reporting, which produces the popular podcast “Reveal.”

The reporting revealed that in 1989, when Case was head of the Jesuits’ Oregon Province, he endorsed the Rev. James Poole for a position as a chaplain at St. Joseph Medical Center in Tacoma — though Poole had been accused of sexually abusing Alaska Native women and girls as early as 1960.

Case has said he was unaware of those allegations when he endorsed Poole.

Poole eventually admitted to his abuses in a deposition in a civil lawsuit, though the statute of limitations had run out and he was never charged with a crime.

He worked at the hospital until 2003, when he retired to the Jesuit-owned Cardinal Bea House on Gonzaga’s campus, which the “Reveal” report describes as “a retirement repository for at least 20 Jesuit priests accused of sexual misconduct that predominantly took place in small, isolated Alaska Native villages and on Indian reservations across the Northwest.”

In 2015, Poole was moved from Bea House to Sacred Heart Jesuit Center in Los Gatos, California. He died in March, and his remains were sent back to Spokane.

Poole is buried, along with 54 other Jesuits who were also accused of sexual abuse, in a cemetery just outside the gate of a K-12 school, St. Michael’s Academy.

Cary Evans, the vice president of communications and government affairs at CHI Franciscan, which owns St. Joseph Medical Center, said in a statement Friday the hospital had no knowledge of the Poole allegations before he started working there.

“We were not aware of the allegations against Father Poole nor of any complaints during his time at St. Joseph Medical Center,” Evans said. “Our staff, patients and community we serve are our highest priority, and we’re sickened and distressed by the suffering he caused.”

McCulloh, who joined Gonzaga’s staff in 1990 and became president in 2010, has said “it was not until 2016” that he learned about the accused priests who had lived at Bea House. He has said he did not know anything about Poole’s history in Alaska until the Jesuits West Province published a list of accused priests earlier this month.

News outlets began publishing stories about Poole’s misconduct as early as 2004, however, and he was the subject of a long exposé in the Stranger news magazine in February 2009, a few months before McCulloh was named interim president at Gonzaga.

McCulloh and the Jesuits West Province have said there are no longer any accused priests living at Gonzaga. The last priest living there on a “safety plan” was moved to the California facility in 2016.

Gonzaga identifies itself a “Jesuit, Catholic, humanistic university” and has been affiliated with the religious order since its founding in 1887. The school, like other Catholic institutions, has also been rocked by the church’s sexual abuse crisis.

A former Gonzaga president, the Rev. John P. Leary, was accused of sexually abusing boys during his leadership of the university and Spokane police ran him out of town in 1969.

It took the Jesuits 37 years to reveal the scandal and cover-up. There are no police reports or other public records on the Leary matter, though the Jesuits disclosed internal documents about him in 2006.

Leary continued his academic career as a Jesuit in at least three other states before returning to Spokane in 1993 to live at Bea House. He died Dec. 21, 1993, of a heart attack at the age of 74.

The Jesuits have acknowledged paying money to settle allegations brought by his victims.

The Jesuits West Province, an administrative area encompassing 10 Western states, including Alaska, was formed by the gradual consolidation of the Jesuits’ Oregon and California provinces, formalized in 2017. The Oregon Province filed for bankruptcy in 2009. A court-approved reorganization two years later came when it and insurers agreed to pay $166.1 million to settle sex abuse claims by more than 500 people against Jesuits who worked in Alaska and the Pacific Northwest.

Lee was the provincial, or regional Jesuit leader, and the Catholic Diocese of Spokane says that in June 2011 he informed then-Bishop Blase Cupich there were seven accused priests living at Bea House at Gonzaga.

The Spokane diocese says Daly was never personally told about the accused priests at Bea House, and he did not learn of them until they were moved to California in 2016.

“None of the Jesuits on safety plans were ever a topic of discussion” in regular communications between Daly and Santarosa, the diocese said in a statement Friday.

A spokeswoman for the Jesuits West Province did not respond to an email seeking comment Friday evening.