TSA opts for a friendlier look with floppy-eared sniffer dogs 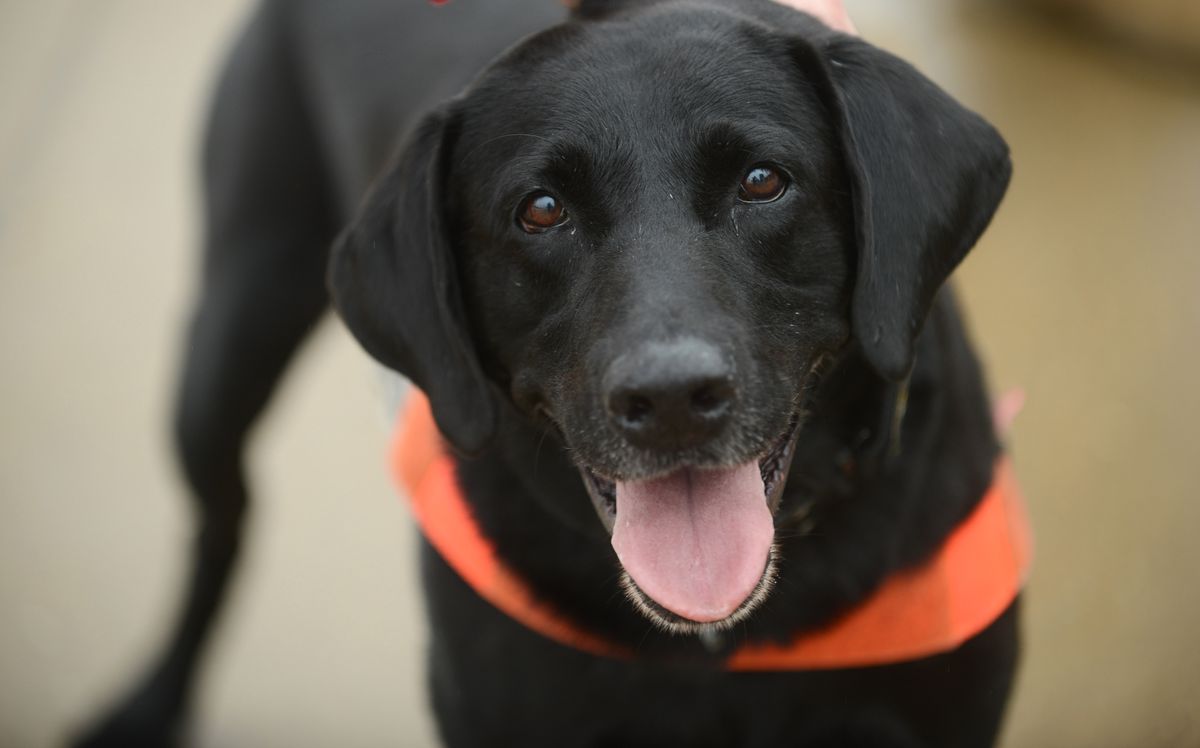 TSA explosives-detection dog Howard, seen at Reagan National Airport in 2018, has the floppy ears that the agency says it is increasingly seeking out. (Photo for The Washington Pos by Astrid Riecken)

TSA explosives-detection dog Howard, seen at Reagan National Airport in 2018, has the floppy ears that the agency says it is increasingly seeking out. (Photo for The Washington Pos by Astrid Riecken)

The dogs deployed by the Transportation Security Administration at airports nationwide use their noses to sniff out explosives and contraband. But pooches selected for duty these days are picked not just for the ability of their snouts - the shape of their ears matters, too.

But about four in five recent additions to the canine corps are of the droopy-eared persuasion, and the agency hopes to stick to that ratio, Gregory said. The consideration of ear position, he added, was an informal internal decision "that is more about adapting to people's perceptions about floppy-eared dogs (sporting breeds) being more friendly versus pointy-eared dogs (herding dog breeds) that may appear to be more aggressive-looking."

This doggy development made a splash on social media, where some observers greeted it as a welcome gesture from an agency not often lauded for its consideration of traveler sentiments. Others decried it as "canine racism," not to mention a misplaced focus on dogs when barking TSA agents are a more common complaint, and offered up photos of perfectly nice-looking dogs with pointy ears.

@TSA could educate kids and parents that pointy-eared dogs like German Shepherds are cool, rather than stop using breeds effective at their jobs? What will kids do when they see a chihuahua?

My dad & me with sweet Sammy. 💞 Teach kids love for animals at a young age, not fear. pic.twitter.com/2gcK9v6Kda

Still others pointed out that these dogs, which typically wear “Do not pet” vests, are not supposed to be approachable.

"No petting, but there's a balance," Gregory said. "We don't want people to shy away because they're scared."

The agency’s understanding of passenger views on detection dog ears is anecdotal and not based on survey data, Gregory said. But some research backs up the idea that people view pointy ears as more intimidating. In a 2016 study on perceptions of dogs with docked tails and cropped ears - or cut to stand up, as is typical on breeds such as the Doberman pinscher - University of British Columbia researchers found that participants deemed altered dogs more aggressive and dominant than those with natural features.

Clive Wynne, a University of Arizona canine science scholar who has studied perceptions of dogs labeled "pit bulls," praised the agency's move. Detection dogs' noses are "amazing technology," he said, "but the fact that this technology is embodied in a living animal creates its own issues."

Floppy ears have actually played a significant role in scientists' understanding of animals' friendliness toward humans. In an experiment that began in 1959 and continues today, scientists in Russia have sought to breed tame silver foxes. They selected the gentlest animals to start each new generation, and within 10 cycles, they had pups that were less aggressive and fearful. What's more, these amiable foxes sported new physical characteristics, including curly tails, mottled fur - and yes, floppy ears. The same traits are seen in many domesticated animals.

Why these physical traits often accompany tameness is not yet clear. But it means that humans have for thousands of years associated them with more docile animals. That said, German shepherds, Belgian Malinoises and other triangle-eared breeds are no less domesticated or tame than others. All purebred dogs' looks, including their ears, have been shaped by selective breeding, and erect ears do not necessarily signal an aggressive temperament.

Nor do traditional detection dogs necessarily have stronger sniffers. Wynne noted that a study he published on dogs' olfactory sensitivity found that pugs performed "way better" than German shepherds, meaning "friendly-looking dogs can be perfectly suited to this task."

Which is why the primary requirement for TSA dogs remains stellar detection skill, Gregory said. As many as half of aspiring working dogs fail out of training programs; in 2017, a very floppy-eared black Lab named Lulu became a minor celebrity for dropping out of CIA bomb-sniffer school.

“No dogs will be pulled off because they have pointy ears. All the dogs are good - as long as they pass the test,” Gregory said. “It’s stringent, and we put them through extremely difficult tests. . . . But at the end of the day, the dog’s going to be out there because they’re qualified, not because of their breed.”