The magnetic north pole is on the move, and the shutdown means we aren’t keeping up 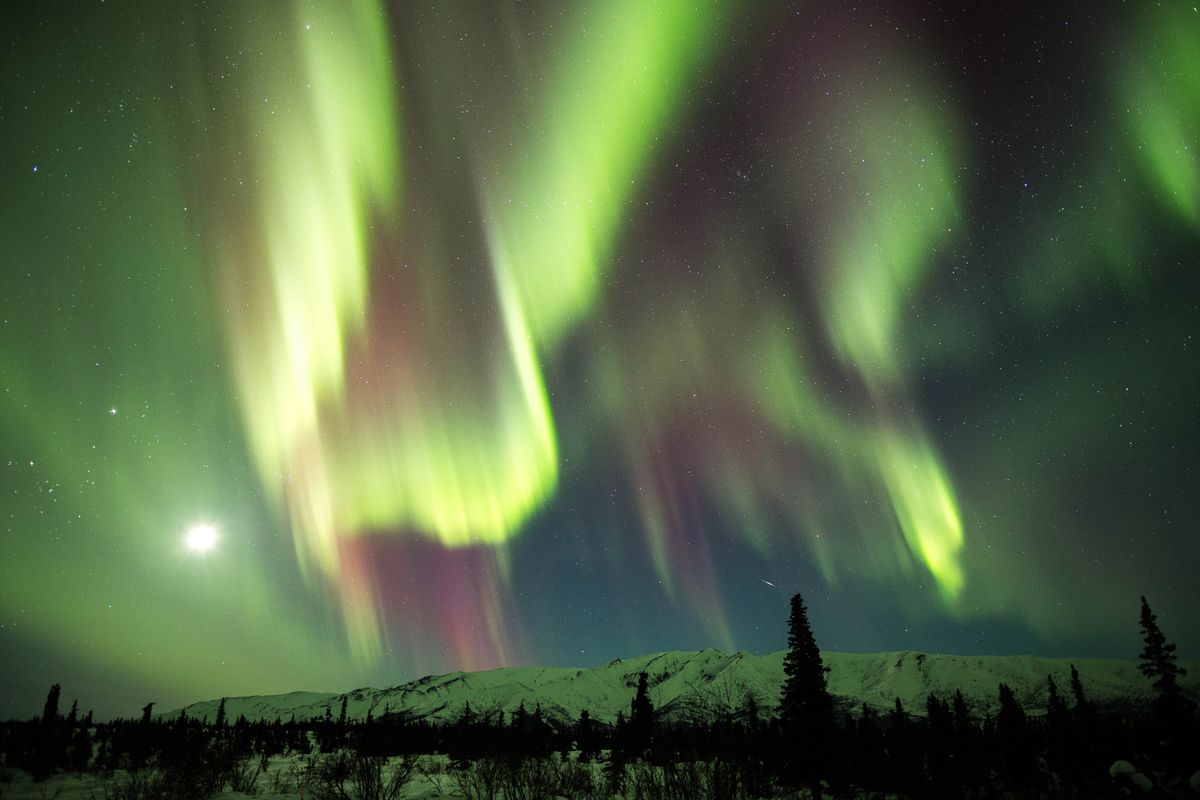 A storm is raging in the center of the Earth. Nearly 2,000 miles beneath our feet, in the swirling, spinning ball of liquid iron that constitutes our planet’s core and generates its magnetic field, a jet has formed, roiling the molten material beneath the Arctic.

This geological gust was enough to send Earth's magnetic North Pole skittering across the globe. The place to which a compass needle points is shifting toward Siberia at a pace of 30 miles a year.

But thanks to a political storm in Washington, scientists haven't been able to post an emergency update the World Magnetic Model, which cell phone GPS systems and military navigators use to orient themselves. Roughly half of staffers at the National Oceanic and Atmospheric Administration, which hosts the model and publishes related software, are furloughed due to the ongoing partial government shutdown, now in its 26th day.

As reported in Nature, the updated model was supposed to be released this week. It would have been a minor change for most of us -- the discrepancy between the model and the North Pole’s new location is only measurable to people trying to navigate very accurately and at very high latitudes.

But as long as NOAA staff are absent and the agency's website is dormant, the whole world will have to go on navigating by the old model -- which grows a little bit more inaccurate every day.

The exact cause of all this geomagnetic commotion is still a mystery.

Scientists know that the movement of molten iron in the Earth's interior generates a magnetic field, and that field fluctuates according to the behavior of those flows. For this reason, the planet's magnetic poles don't align exactly with its geographic ones (which are simply the end points of the Earth's rotation axis), and the location of the poles can change without warning. Records of ancient magnetism buried in million- and billion-year-old rocks suggest that sometimes Earth's magnetic field even flips; the South Pole has been in the Arctic, while the North Pole was where the penguins are now.

When British Royal Navy explorer James Clark Ross went looking for the North Pole in 1831, he found it in the Canadian Arctic. A Cold War-era U.S. expedition pinpointed the pole 250 miles to the northwest. Since 1990, the pole has moved a whopping 600 miles, and last year it crossed the international date line into the Eastern Hemisphere. (The South Pole has stayed comparatively stable.)

The World Magnetic Model is updated every five years to accommodate these shifts. The next one wasn't scheduled until 2020.

But the network of magnetometers and satellites that track the magnetic field began to send strange signals. The movement of the North Pole was accelerating unpredictably, and the 2015 version of the World Magnetic Model couldn't keep up. Navigation tools that rely on magnetic fields for orientation were slowly drifting off target. So the U.S. military, which funds research for the model, requested an unprecedented early review.

Research from University of Leeds geophysicist Phil Livermore suggests that the pole's location is controlled by two patches of magnetic field, one beneath northern Canada and another below Siberia. In 2017, he reported the detection of a jet of liquid iron that seemed to be weakening the Canadian patch.

This may be what's causing the pole to shift so quickly, he said in a presentation at the fall meeting of the American Geophysical Union in December. He has not yet published that research in a peer reviewed journal.

"It's very hard to know what's going on because it's going on 3,000 kilometers beneath our feet," Livermore said. "And there's solid rock in the way."

By last summer, it became clear that the discrepancy between the World Magnetic Model and the real-time location of the magnetic North Pole was about to exceed the threshold needed for accurate navigation. Researchers for NOAA and the British Geological Survey, which collaborate to produce the model, spent several months working to analyze the rapid change. Just before Christmas, the two agencies reached an agreement on a new model and were preparing to publish their updated version.

And then the government shut down.

The British agency was able to publish some parts of the new model on its site, said William Brown, a BGS geophysicist who works on the World Magnetic Model.

But NOAA is responsible for hosting the model and making it available for public use, he said. "All of that is currently unavailable."

Some have speculated that Earth is "overdue" for another magnetic field reversal. The geologic record suggests these events happen three times every million years, but one hasn't occurred since 780,000 years ago, around the time the first modern humans started to evolve. (A note to conspiracy theorists: These events are almost certainly unrelated.)

"There's no evidence for that," Livermore said. But the recent mayhem at the North Pole "might indicate that something abnormal is happening."

The only way to find out is to continue tracking the Earth's magnetic field and attempt to interpret the signals it sends, Livermore said. He finds the uncertainty thrilling.

“We’ve sent robots to Mars and put people on the moon but we don’t really have an idea of what’s going on in the interior of our planet,” he said. “It’s really an exploration into the unknown.”