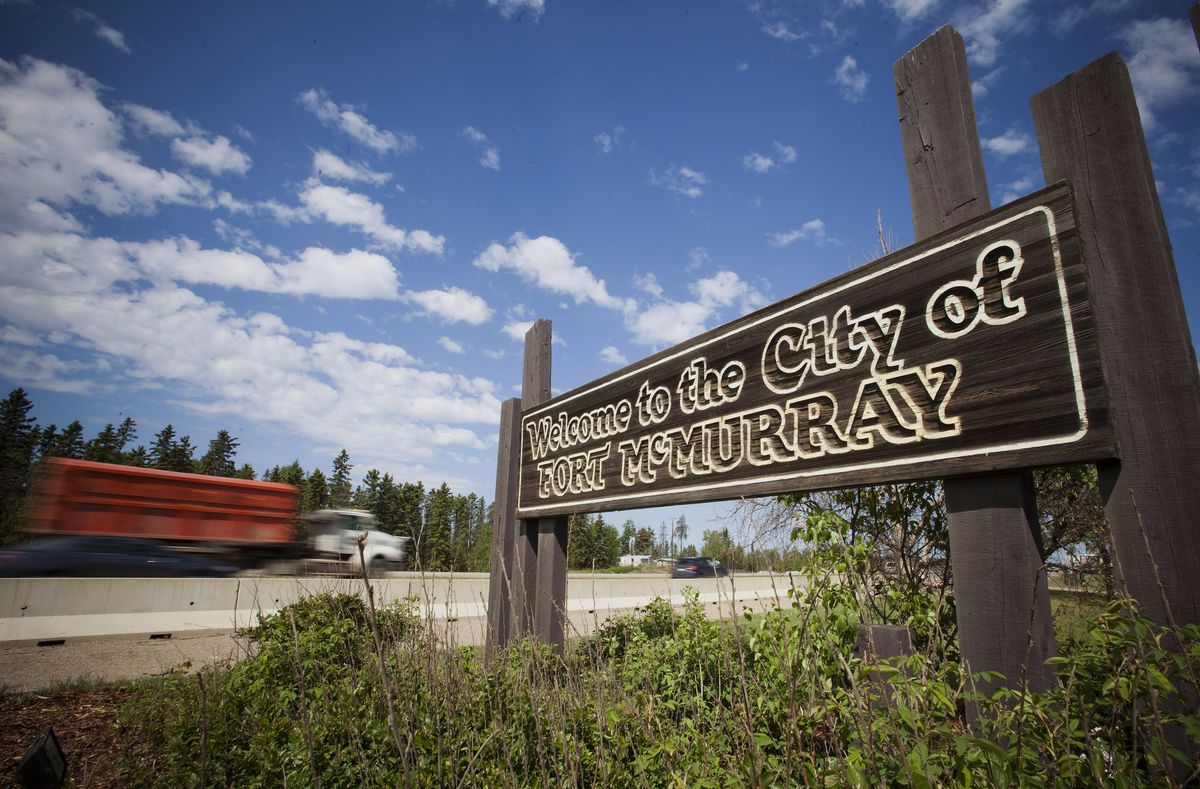 A truck drives past a welcome sign in Fort McMurray, Alberta. (Bloomberg photo by Ben Nelms)

A truck drives past a welcome sign in Fort McMurray, Alberta. (Bloomberg photo by Ben Nelms)

Fort McMurray, the remote Canadian city largely built by the oil-sands industry, is trying to limit the ability of those companies to fly in out-of-town workers.

The town that sits in the middle of the world's third-largest crude reserves is drafting a bylaw to limit the construction of temporary worker housing known as man camps, as it seeks to push producers to hire locally or have workers settle there. The aim is to boost population, local businesses and housing prices in a place that endured the grim double whammy in 2016 of a devastating fire and plunging oil prices.

The region’s councilors voted in favor of a motion to stop man camps within a 47-mile radius of town. Fort McMurray’s fight against man camps is just the latest headache for producers who have had to deal with opposition to pipelines and a production curtailment imposed by Alberta to try to boost local crude prices.

Preventing producers from setting up new camps would only discourage investment further at a time when capital spending is set to decline for a fifth straight year, said Karim Zariffa, executive director of the Oil Sands Community Alliance, a local trade organization representing the industry.

"Any sort of moratorium imposed on industry is basically a moratorium on development, exasperating lack of investor confidence in the oil-sands sector," he said, adding that oil-sands companies are trying to attract people to live locally.

"This is a draft only and may never be approved, but there is a risk that it will (although timing and wording are uncertain) and if so, may affect 61 camps and 27,256 workers within the boundary," Kirk Wilson, an analyst with Beacon Securities, said in a note Wednesday.

In past years, most oil-sands projects were either canceled or put on hold as majors including Royal Dutch Shell and ConocoPhillips sold their operations to local producers like Canadian Natural Resources and Cenovus Energy. Few new oil-sands projects have been announced since 2014, with Imperial Oil Ltd.'s 75,000-barrel-a-day Aspen project being a notable exception last year.

Located about 460 miles north of Calgary, Fort McMurray’s average temperature in January was about zero Fahrenheit, according to data from Environment Canada.

The town's history has been tied to the oil industry since the 1960s, when what is now Suncor Energy Inc. first started mining the sticky bitumen from the local soil. Fort McMurray was then just a small, remote outpost along the Athabasca River, connected to southern Alberta by a single dirt road. Today, it hosts hotels, swanky restaurants and a massive sports center.

When oil prices traded north of $100 a barrel prior to the crash that started in 2014, man camps served as a relief valve. They housed workers who might otherwise have burdened a city that couldn't build homes, roads and infrastructure fast enough to keep up with the growth.

But the area has seen a population decline of 11 percent since 2015 to 111,687 last year, according to census results. About a third of that was the so-called shadow population that consists mostly of the workers that stay in camps. The shadow population fell 15 percent in the time period.

"Small businesses have been struggling," Mayor Scott said. Many workers don't even utilize the local airport, instead flying via chartered airplanes into private company airstrips. Local homes have lost about 25 percent of their value since the 2014 downturn.

"We need not only the oil sands to be strong, but we need this community to be strong," the mayor said. "It's going to be a balance."