Scientists discover the origin of Stonehenge stones - quarries 180 miles away 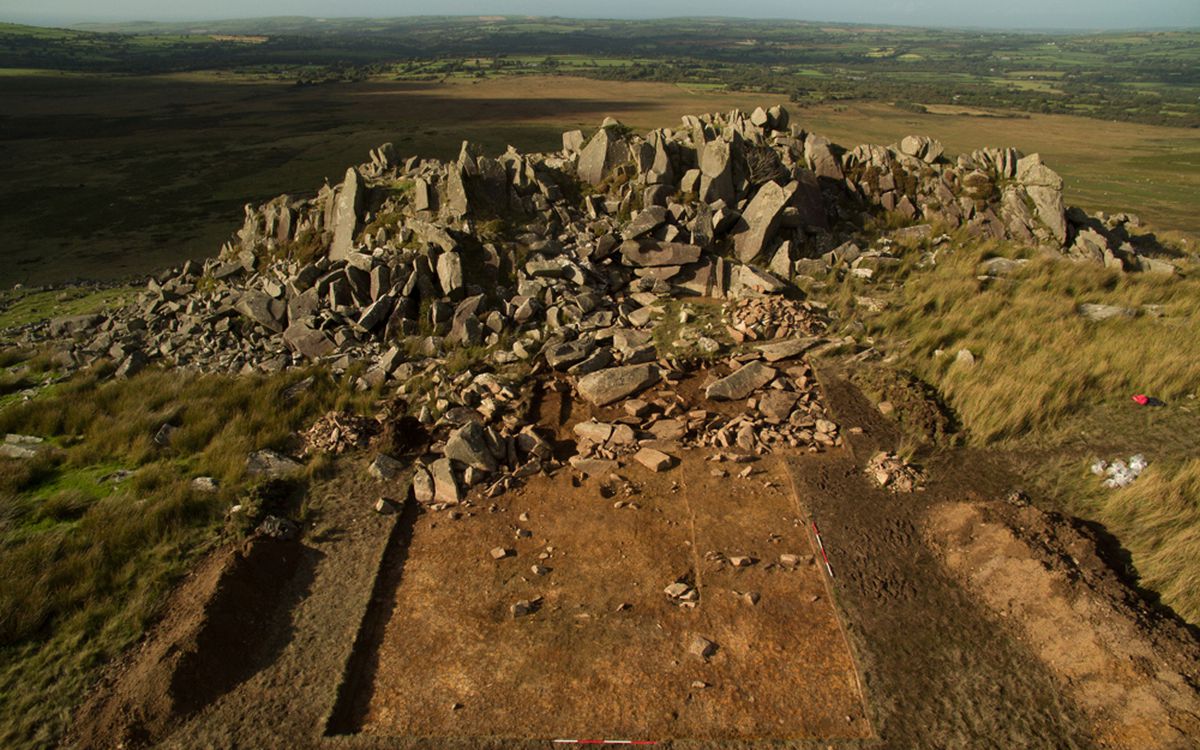 A team of archaeologists in the United Kingdom says it has traced dozens of Stonehenge’s massive rocks to two quarries in west Wales. The rocks were transported 180 miles - dragged on wooden sleds, the scientists suggest, by teams of strong men. These stones, called bluestones after their bluish-gray hue, form the inner circle of the monument that towers over the Salisbury Plain.

Two bluestone quarries, named Carn Goedog and Craig Rhos-y-felin, were excavated around 3000 B.C., according to the authors of a study published this week in the journal Antiquity. Expeditions at the quarries from 2014 to 2016 recovered ancient charcoal and stone tools. In some places, the charcoal was mixed with dirt and stones to form flat platforms, which may have been used like loading bays to distribute the massive pillars, said Michael Parker Pearson, an archaeologist at University College London and an author of the new study.

Among the Welsh hills, bluestones erupted from the ground. Here, millions of years ago, sheets of magma slowly cooled into columns. Eons passed and softer rock around the magma eroded. Only the jagged bluestones remained.

Prehistoric workers probably exploited natural weaknesses in these structures, Parker Pearson said. "They're nearly vertical," he said. "All you've got to do is get a lasso around each one and pull."

With ropes and simple tools, such as sandstone wedges shoved into the outcrop's joints, excavators may have plucked out a pillar as cleanly as a loose tooth. Those on top of the outcrop could have carefully slackened their ropes to control the pillar's descent to a platform below, the authors wrote. From there, workers may have lowered a stone, six feet long and weighing two to four tons, onto a wooden sled to haul it away.

Bluestones are big, but not so big that a "burly group of Stone Age men" couldn't drag them across the countryside, Pearce said.

These pillars are "the Ikea version of Neolithic megaliths," Parker Pearson joked - the stones peeled off the outcrop as though from ready-to-use kits. Unlike the people who crafted Egypt's obelisks from much larger rocks, Stonehenge's builders did not need to rework the bluestone pillars.

The bluestones, which are speckled with fingernail-size deposits of white minerals, form an inner horseshoe and ring at Stonehenge. These rocks, though impressive, are not Stonehenge's biggest. The imposing sandstone trilithons, the three-part structures made of two vertical stones and a horizontal top, are larger and more locally sourced, though their exact origins are unknown.

Previous chemical studies linked the bluestones to the Preseli Hills in Pembrokeshire, Wales. "That's the only place you get that particular rock type," said Nicholas Pearce, a geochemist at Aberystwyth University in Wales, who was not involved with the current study.

Humans buried at Stonehenge probably came from this region of Wales, too. Remains at the site contain isotopes consistent with life near the quarries. Just a few miles separate the two outcrops - standing on one quarry, it's possible to see the other, Pearce said.

Radiocarbon dating indicates that the quarry charcoal is about 5,000 years old. The Welsh charcoal and Stonehenge remains suggest a connection in time as well as space. "We've got dates for both quarries that link nicely with the first dates at Stonehenge," Parker Pearson said. The bluestones and early Welsh travelers could have arrived at the Salisbury Plain together. There's about 100 years of fuzziness in the radiocarbon dating, though. "It could be immediate, it could be 100 years from getting from A to B," Parker Pearson said.

Unexpectedly, the quarries are on the northern side of the hills. The south side is closer to the ocean, where, according to one hypothesis, prehistoric travelers floated bluestones along the coast. An attempt to replicate a bluestone float failed spectacularly in 2000, however, when a raft carrying a stone sank close to shore. Parker Pearson and his colleagues suspect that the stones were transported over land instead, on sledges.

The existence of the quarries "conclusively invalidates" the misconception that Ice Age glaciers pushed the bluestones into the region, the authors of the new study said.

Bournemouth University archaeologist Timothy Darvill, who was not involved with this report, said that geological evidence points to "several other sources" of stone, including a site called Carn Menyn. Routes between Wales and Stonehenge remain speculative, Darvill said, though he agreed stones probably moved over land rather than by sea.

Among Europe's megalithic structures, Stonehenge is an oddity. Most other prehistoric builders did not stray more than 10 miles to collect stones for their monuments. Why craft Stonehenge from such far-flung pieces? Parker Pearson offered one idea. He suggested that Stonehenge was a unifying symbol for British tribes, constructed during what may have been a period of economic and population decline.

“A major event like this,” he said, “would have brought together disparate communities that were growing apart.”