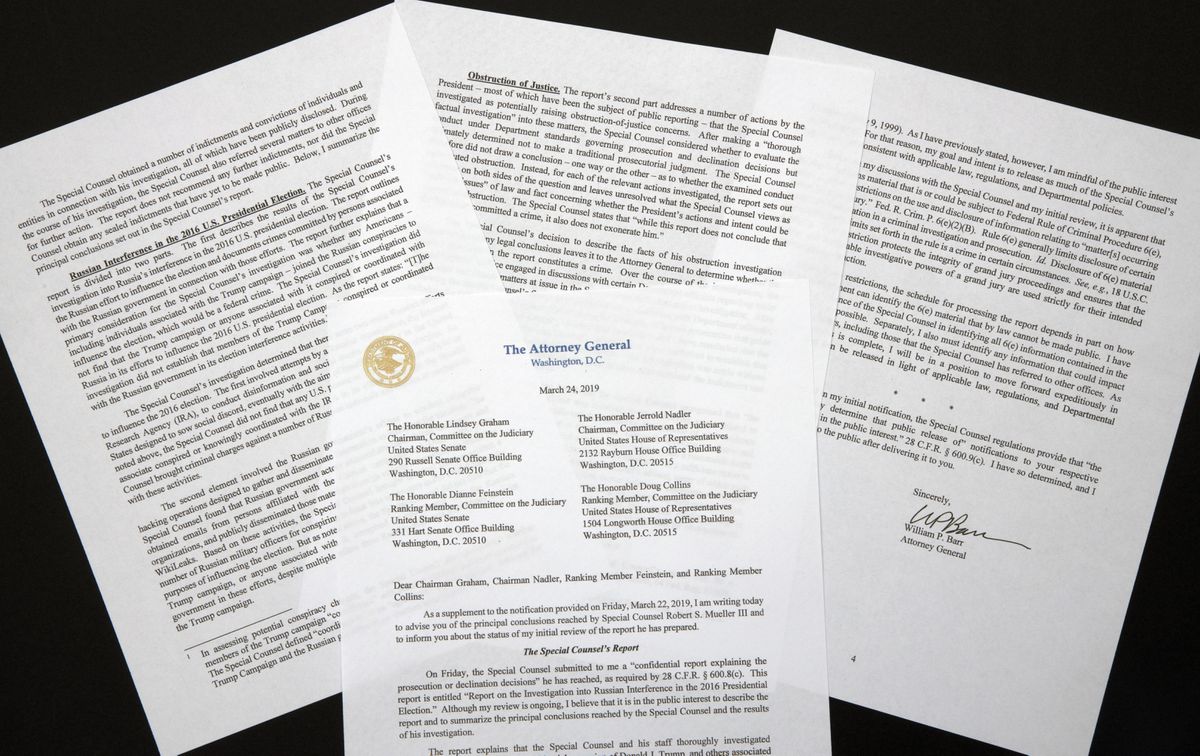 House Judiciary Committee Chairman Rep. Jerrold Nadler, D-N.Y., said that during a Wednesday phone call with Barr, the attorney general said it would be "weeks, not months" before lawmakers can see the report, making it "apparent that the department will not meet the April 2nd deadline that we set" earlier this week.

Barr would not promise "an unredacted full report with the underlying documents, evidence, would be provided to Congress and to the American people," Nadler said. "We're not happy about that, to put it mildly."

Though Nadler would not commit to issuing a subpoena, he told reporters that April 2 was "a hard deadline that we set and we mean it."

A Justice Department spokeswoman did not immediately respond to a request for comment.

Barr informed Congress Sunday of Mueller's main findings, writing in a four-page letter to the heads of the House and Senate Judiciary committees that the special counsel did not establish a criminal conspiracy between the Trump campaign and Russia to sway the election and offered no conclusion on whether the president sought to obstruct justice during the probe.

The report is several hundred pages - though less than a thousand, Nadler said - and Democrats believe it is vital to see its details before they can determine whether they agree with Barr's assessment, believing there may evidence of collusion that Mueller did not consider as part of his findings.

On the question of obstruction, Barr wrote in his summary for lawmakers that he and Deputy Attorney General Rod Rosenstein had decided that the evidence was "not sufficient" to conclude Trump had "committed an obstruction-of-justice offense." Nadler said he did not discuss with Barr why he made that determination, but Democrats have vowed to look further into the evidence.

Barr did pledge that he would make himself available for an interview with the Judiciary Committee, Nadler told reporters, and that that would happen "reasonably soon." Barr is expected on Capitol Hill for a budget hearing with the House Appropriations Committee on April 9.

“We may very well want Mueller after Barr,” Nadler added.