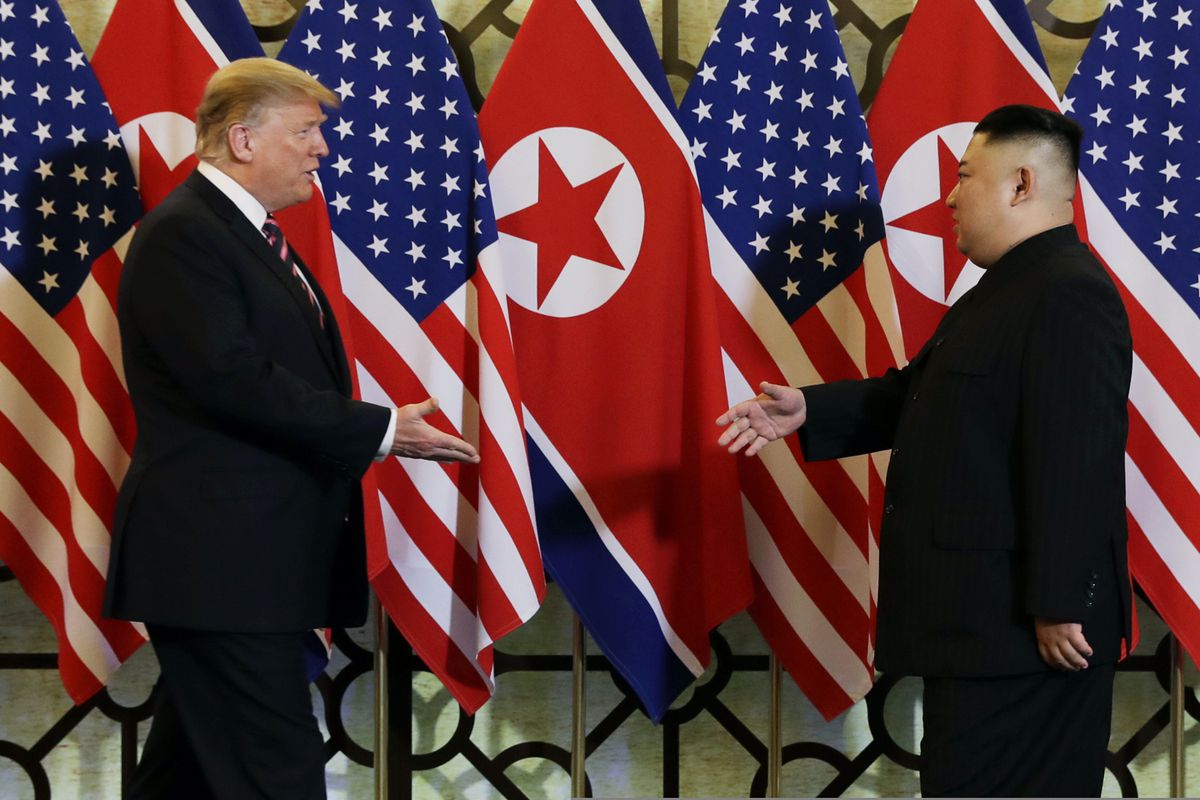 SEOUL, South Korea — North Korea said it test-fired a new type of “tactical guided weapon” in an announcement Thursday that was possibly an attempt to register displeasure with the deadlock in nuclear talks with the United States without causing those coveted negotiations to collapse.

Leader Kim Jong Un observed the unspecified weapon being fired Wednesday by the Academy of Defense Science, the North's state-run Korean Central News Agency said. Kim was reported to have said "the development of the weapon system serves as an event of very weighty significance in increasing the combat power of the People's Army."

The Associated Press could not independently verify North Korea's claim, and it wasn't immediately clear what had been tested.

It is likely not, however, a banned ballistic missile test, which would jeopardize the diplomatic talks meant to provide the North with concessions in return for disarmament. A South Korean analyst said the North's media report indicates it could have been a new type of cruise missile. A possible clue is that one of the lower level officials mentioned in the North's report on the test — Pak Jong Chon — is known as an artillery official.

The test comes during an apparent deadlock in nuclear disarmament talks after the failed summit in Hanoi between Kim and President Donald Trump earlier this year. Some in Seoul worry the North will turn back to actions seen as provocative by outsiders as a way to force Washington to drop its hardline negotiating stance and grant the North's demand for a removal of crushing international sanctions. A string of increasingly powerful weapons tests in 2017 and Trump's response of "fire and fury" had many fearing war before the North shifted to diplomacy.

But, as that diplomacy stalls, there have been fresh reports of new activity at a North Korean missile research center and long-range rocket site where Pyongyang is believed to build missiles targeting the U.S. mainland. North Korean media said Wednesday that Kim guided a flight drill of combat pilots from an air force and anti-aircraft unit tasked with defending the capital Pyongyang from an attack.

During a speech at his rubber-stamp parliament Friday, Kim set the year's end as a deadline for Washington to offer mutually acceptable terms for an agreement to salvage diplomacy.

Kim Dong-yub, an analyst from Seoul's Institute for Far Eastern Studies, said North Korea's descriptions of the test show the weapon is possibly a newly developed cruise missile. The North's report said the "tactical guided weapon" successfully tested in a "peculiar mode of guiding flight" and demonstrated the ability to deliver a "powerful warhead."

The North said Thursday that Kim mounted an observation post to learn about the test-fire of the weapon and to guide the test-fire.

This is the first known time Kim has observed the testing of a newly developed weapon system since last November, when North Korean media said he observed the successful test of an unspecified "newly developed ultramodern tactical weapon." Some observers have been expecting North Korea to orchestrate "low-level provocations," like artillery or short-range missile tests, to register its anger over the way nuclear negotiations were going.

The analyst in Seoul, Kim Dong-yub, who is a former South Korean military official, said it wasn't yet clear whether the North conducted an advanced test of the same weapon Kim Jong Un observed in November or tested something different.

A U.S. official familiar with monitoring operations said that neither U.S. Strategic Command nor NORAD observed any weapons test. That rules out tests that go high into the atmosphere, such as a ballistic missile, but does not rule out tests at lower altitudes.

After the animosity of 2017, last year saw a stunning turn to diplomacy, culminating in the first-ever summit between Washington and Pyongyang in Singapore, and then the Hanoi talks this year. North Korea has suspended nuclear and long-range rocket tests, and the North and South Korean leaders have met three times. But there are growing worries that the progress could be killed by mismatched demands between Washington and Pyongyang over sanctions relief and disarmament.

Washington says it won't allow the North's desired sanctions relief until the nation commits to verifiably relinquishing his nuclear facilities, weapons and missiles. Kim has shown no signs that he's willing to give away an arsenal he may see as his strongest guarantee of survival.