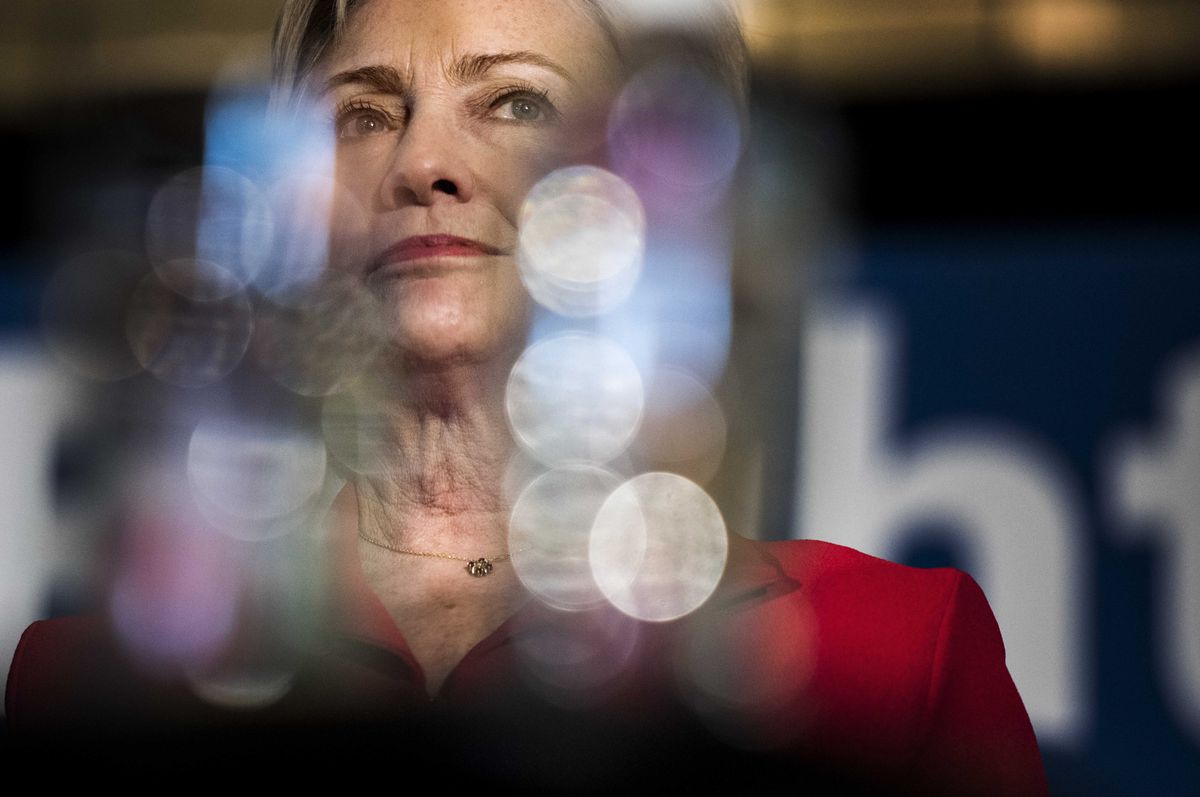 Hillary Clinton campaigning in Kentucky in May 2016. (Melina Mara / The Washington Post)

Hillary Clinton campaigning in Kentucky in May 2016. (Melina Mara / The Washington Post)

WASHINGTON - President Donald Trump pushed for obtaining Democratic rival Hillary Clinton’s private emails and his campaign was in touch with allies who were pursuing them, according to the redacted special counsel’s report released Thursday.

On July 27, 2016, Trump famously said at a campaign rally, "Russia, if you're listening, I hope you're able to find the 30,000 emails that are missing," referring to emails that Clinton said she had deleted from her private server. She had used a private account during her tenure as secretary of state.

Trump also "made this request repeatedly" during the campaign, former national security adviser Michael Flynn told special counsel Robert Mueller's investigation. Flynn "contacted multiple people in an effort to obtain the emails," including Peter Smith, a longtime Republican operative, and Barbara Ledeen, a Republican Senate staffer who herself had previously tried to find the emails.

Months earlier, Ledeen had written to Smith that Clinton’s server had likely been breached long ago, and that “the Chinese, Russian, and Iranian intelligence services could ‘reassemble the server’s email content.’”

After Trump's July comments about Russia, Smith launched his own effort to find the missing emails.

"He created a company, raised tens of thousands of dollars, and recruited security experts and business associates," the investigation found. Smith also claimed that "he was in contact with hackers 'with ties and affiliations to Russia' who had access to the emails, and that his efforts were coordinated with the Trump campaign," but the special counsel couldn't establish if that was true.

In August, Smith wrote to Trump campaign co-chairman Sam Clovis, among others, about his efforts. "Parties with varying interests, are circling to release [the emails] ahead of the election," Smith said. And as Smith raised thousands of dollars for his efforts, he told potential donors that he was doing his work "in coordination" with the Trump campaign, the special counsel found. The investigation only found that Smith communicated directly with Flynn and Clovis.

Ledeen later told Smith she believed she had obtained a trove of emails that might be Clinton's. Smith wanted to authenticate them, and Erik Prince, the private military contractor, Trump supporter and brother of current Education Secretary Betsy DeVos, "provided funding to hire a tech adviser to ascertain the authenticity of the emails."

According to Prince, the tech adviser determined that the emails were not authentic, the report found. Ultimately, the investigation did not establish that Smith, Ledeen, or others in touch with the Trump campaign obtained the Clinton emails.