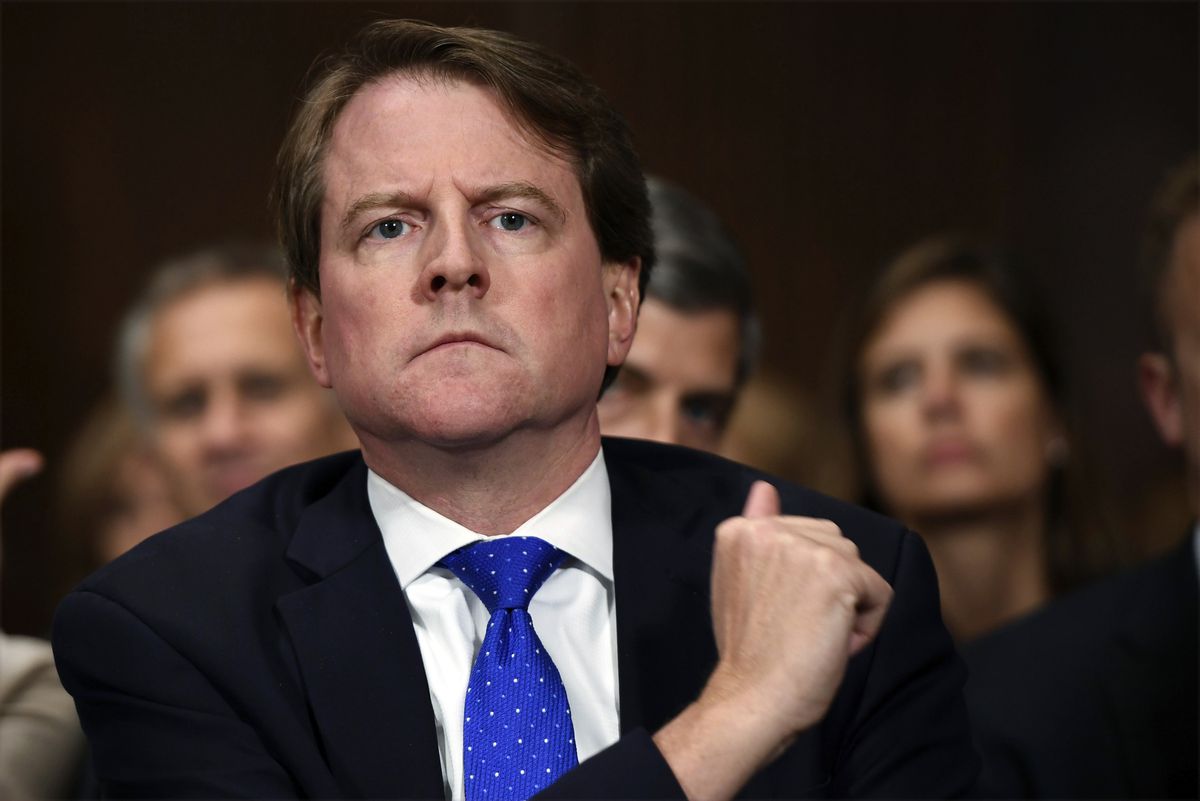 WASHINGTON - The Democratic chairman of the House Judiciary Committee issued a subpoena Monday ordering former White House counsel Donald McGahn to testify before the panel next month and hand over documents and records pertaining to federal investigations of President Donald Trump, his finances, his campaign, and charges that he sought to obstruct justice.

"The special counsel's report, even in redacted form, outlines substantial evidence that President Trump engaged in obstruction and other abuses," Judiciary panel chairman Rep. Jerrold Nadler, D-N.Y., said in a statement, calling McGahn "a critical witness to many of the allege instances of obstruction of justice and other misconduct described in the Mueller report."

"His testimony will help shed further light on the president's attacks on the rule of law, and his attempts to cover up those actions by lying to the American people and requesting others do the same," Nadler continued.

McGahn is the first former White House employee to receive a subpoena for congressional testimony in the wake of special counsel Robert Mueller's redacted report being released to the public. Last week, the Judiciary Committee also issued a subpoena for the full report, absent redactions, to the Justice Department; the panel has also prepared subpoenas for other former White House officials, including former communications director Hope Hicks.

According to the subpoena, Nadler wants McGahn to produce the requested documents and records by May 7, and testify before the panel May 21.

McGahn emerged as a key witness in Mueller's 448-page report, detailing several occasions when Trump ordered him to "do crazy shit," according to the special counsel's findings - such as convince the Justice Department to get rid of Mueller. McGahn didn't, and almost resigned over the episode. He also refused to issue a public statement denying the reports Trump wanted to fire Mueller were true when the president asked him to.

McGahn also told the special counsel about how Trump sought to prevent former attorney general Jeff Sessions from recusing himself from oversight of Mueller's probe. In that case, McGahn did communicate the president's desires to Sessions, who decided to recuse himself anyway.

The former White House lawyer's testimony fits into what emerges as a pattern of behavior by Trump, depicted across the pages of Mueller's report, in which he frequently ordered subordinates to lie or take steps that would have run afoul of the law. But the report also makes clear that those subordinates chose not to heed his demands. The fact that White House employees did not follow his more questionable orders may have saved the president from more legal jeopardy on matters of potential obstruction of justice. But the disclosure of that pattern nonetheless angered Trump, who told reporters Monday: "Nobody disobeys my orders."

Since the report's release, Trump has also taken particular aim at McGahn for taking notes during their meetings. In the report, McGahn recalled how Trump told him that "lawyers don't take notes" - recalling how previous lawyers, such as Roy Cohn, had never taken notes during meetings with Trump.

McGahn responded by assuring Trump that a "real lawyer" like himself did take notes. Cohn, a onetime mentor and fixer for Trump, was eventually disbarred.

On Sunday, Trump lashed out at McGahn's notetaking again, this time on Twitter.

“Watch out for people that take so-called ‘notes,’ when the notes never existed until needed,” Trump tweeted, in a string of tweets in which he referred to many of the statements in the Mueller report as “total bullshit.”