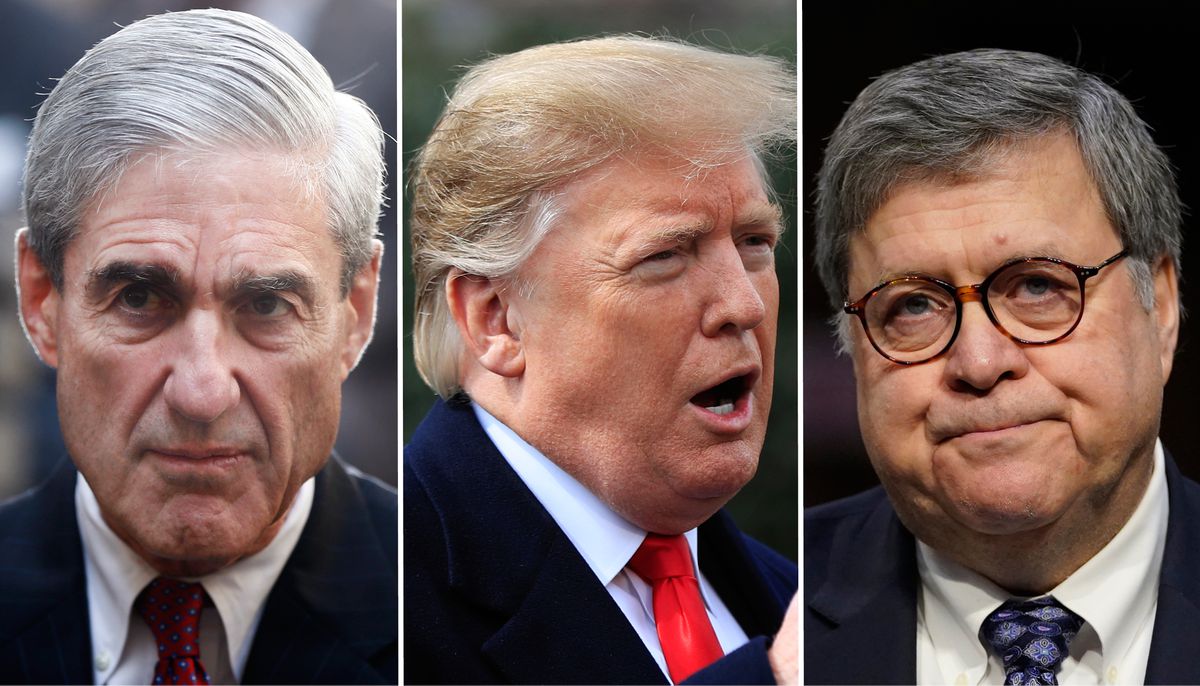 WASHINGTON - Special counsel Robert Mueller III wrote a letter in late March complaining to Attorney General William Barr that a four-page memo to Congress describing the principal conclusions of the investigation into President Donald Trump “did not fully capture the context, nature, and substance” of Mueller’s work, according to a copy of the letter reviewed Tuesday by The Washington Post.

At the time the letter was sent on March 27, Barr had announced that Mueller had not found a conspiracy between the Trump campaign and Russian officials seeking to interfere in the 2016 presidential election. Barr also said Mueller had not reached a conclusion about whether Trump had tried to obstruct justice, but Barr reviewed the evidence and found it insufficient to support such a charge.

Days after Barr's announcement, Mueller wrote a previously unknown private letter to the Justice Department, which revealed a degree of dissatisfaction with the public discussion of Mueller's work that shocked senior Justice Department officials, according to people familiar with the discussions.

"The summary letter the Department sent to Congress and released to the public late in the afternoon of March 24 did not fully capture the context, nature, and substance of this office's work and conclusions," Mueller wrote. "There is now public confusion about critical aspects of the results of our investigation. This threatens to undermine a central purpose for which the Department appointed the Special Counsel: to assure full public confidence in the outcome of the investigations."

The letter made a key request: that Barr release the 448-page report's introductions and executive summaries, and made some initial suggested redactions for doing so, according to Justice Department officials.

Justice Department officials said Tuesday they were taken aback by the tone of Mueller's letter, and it came as a surprise to them that he had such concerns. Until they received the letter, they believed Mueller was in agreement with them on the process of reviewing the report and redacting certain types of information, a process that took several weeks. Barr has testified to Congress previously that Mueller declined the opportunity to review his four-page letter to lawmakers that distilled the essence of the special counsel's findings.

In his letter, Mueller wrote that the redaction process "need not delay release of the enclosed materials. Release at this time would alleviate the misunderstandings that have arisen and would answer congressional and public questions about the nature and outcome of our investigation."

Barr is scheduled to appear Wednesday morning before the Senate Judiciary Committee - a much-anticipated public confrontation between the nation's top law enforcement official and Democratic lawmakers, where he is likely to be questioned at length about his interactions with Mueller.

A day after the letter was sent, Barr and Mueller spoke by phone for about 15 minutes, according to law enforcement officials.

In that call, Mueller said he was concerned that news coverage of the obstruction investigation was misguided and creating public misunderstandings about the office's work, according to Justice Department officials.

When Barr pressed him whether he thought Barr's letter was inaccurate, Mueller said he did not, but felt that the media coverage of the letter was misinterpreting the investigation, officials said.

In their call, Barr also took issue with Mueller calling his letter a "summary," saying he had never meant his letter to summarize the voluminous report, but instead provide an account of the top conclusions, officials said.

Justice Department officials said in some ways, the phone conversation was more cordial than the letter that preceded it, but they did express some differences of opinion about how to proceed.

Barr said he did not want to put out pieces of the report, but rather issue it all at once with redactions, and didn't want to change course now, according to officials.

Throughout the conversation, Mueller's main worry was that the public was not getting an accurate understanding of the obstruction investigation, officials said.

"After the Attorney General received Special Counsel Mueller's letter, he called him to discuss it," a Justice Department spokeswoman said Tuesday. "In a cordial and professional conversation, the Special Counsel emphasized that nothing in the Attorney General's March 24 letter was inaccurate or misleading. But, he expressed frustration over the lack of context and the resulting media coverage regarding the Special Counsel's obstruction analysis. They then discussed whether additional context from the report would be helpful and could be quickly released.

"However, the Attorney General ultimately determined that it would not be productive to release the report in piecemeal fashion," the spokeswoman's statement continues. "The Attorney General and the Special Counsel agreed to get the full report out with necessary redactions as expeditiously as possible. The next day, the Attorney General sent a letter to Congress reiterating that his March 24 letter was not intended to be a summary of the report, but instead only stated the Special Counsel's principal conclusions, and volunteered to testify before both Senate and House Judiciary Committees on May 1 and 2."

Some senior Justice Department officials were frustrated by Mueller's complaints, because they had expected that the report would reach them with proposed redactions the first time they got it, but it did not. Even when Mueller sent along his suggested redactions, those covered only a few areas of protected information, and the documents required further review, these people said.

Wednesday's hearing will be the first time lawmakers will get to question Barr since the Mueller report was released on April 18, and he is expected to face a raft of tough questions from Democrats about his public announcement of the findings, his private interactions with Mueller, and his views about President Trump's conduct.

Republicans on the committee are expected to question Barr about an assertion he made earlier this month that government officials had engaged in "spying" on the Trump campaign - a comment that was seized on by the president's supporters as evidence the investigation into the president was biased.

Barr is also scheduled to testify Thursday before a House committee, but that hearing could be canceled or postponed amid a dispute about whether committee staff lawyers will question the attorney general.

Democrats have accused Barr of downplaying the seriousness of the evidence against the president.

In the report, Mueller described 10 significant episodes of possible obstruction of justice, but said that due to long-standing Justice Department policy that says a sitting president cannot be indicted, and because of Justice Department practice regarding fairness toward those under investigation, his team did not reach a conclusion about whether the president had committed a crime.