Facebook, Google and other tech giants to face antitrust investigation by House lawmakers 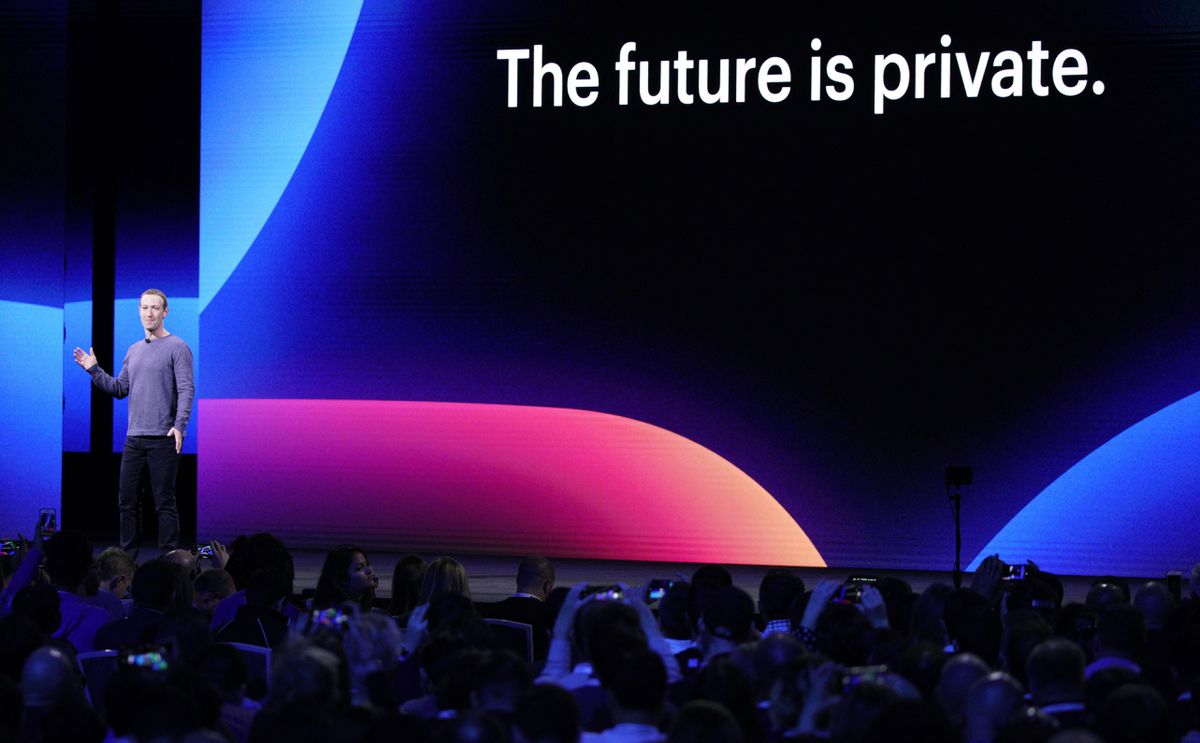 FILE - In this April 30, 2019 file photo, Facebook CEO Mark Zuckerberg, left, makes the keynote speech at F8, the Facebook's developer conference, in San Jose, Calif. Facebook's stock is plunging following a Wall Street Journal report that the Federal Trade Commission will lead any antitrust investigation into the company as part of an arrangement that would give the Justice Department oversight of Google. Citing unnamed sources The Journal said Monday, June 3 that the FTC secured the rights to begin a potential investigation into whether Facebook engaged in what it called "unlawful monopolistic behavior." (AP Photo/Tony Avelar , File)

FILE - In this April 30, 2019 file photo, Facebook CEO Mark Zuckerberg, left, makes the keynote speech at F8, the Facebook's developer conference, in San Jose, Calif. Facebook's stock is plunging following a Wall Street Journal report that the Federal Trade Commission will lead any antitrust investigation into the company as part of an arrangement that would give the Justice Department oversight of Google. Citing unnamed sources The Journal said Monday, June 3 that the FTC secured the rights to begin a potential investigation into whether Facebook engaged in what it called "unlawful monopolistic behavior." (AP Photo/Tony Avelar , File)

WASHINGTON - House Democrats plan a sweeping review of Facebook, Google and other technology giants to determine whether they’ve become so large and powerful that they stifle competition and harm consumers, marking a new, unprecedented antitrust threat for an industry that’s increasingly under siege by Congress, the White House and 2020 presidential candidates.

The probe, announced Monday by Rep. David Cicilline, D-R.I., the leader of the House's top competition panel, is expected to be far reaching and comes at a moment when Democrats and Republicans find themselves in rare alignment on the idea that the tech industry has been too unregulated for too long. The sentiment spurred a sharp sell-off in tech stocks to start the week.

Cicilline said the investigation won't target one specific tech company, but rather focus on the broad belief that the "internet is broken," he told reporters. In doing so, he pointed out problematic practices at tech giants such as Google, which has faced sanctions in Europe for prioritizing its services in search over rivals, and Facebook, which Cicilline criticized for cloning and acquiring competitors to ensure its continued dominance in social networking.

Amazon and Apple also could figure into the committee's early plans, he said, cautioning the goal is a broader look at the industry.

"In a lot of ways, there was a reluctance in the early days of the Internet to interfere," the Democratic lawmaker said. "It was creating so much value in the lives of people that [some felt] you should get out of the way and allow it to flourish."

"Over time," Cicilline continued, "people have recognized there are some real dangers here."

Cicilline said Democrats would hold hearings, seek documents - even by subpoena, if necessary - and depose witnesses that could include the leaders of Silicon Valley's largest companies, who might also be asked to testify publicly. His office said that tech companies, for all their innovations, had created "escalating crises," from eroding Americans' privacy rights to depriving ad revenue from cash-strapped local news outlets.

In recent days, the Trump administration has signaled that it, too, has set its sights on Silicon Valley, taking early steps to divvy up future competition oversight of Amazon, Apple, Facebook and Google. The efforts by the U.S. government's two antitrust enforcement agencies, the Federal Trade Commission and the Department of Justice, could pave the way for more formal probes of each company's practices, though the agencies' exact interests aren't known.

Still, the early efforts won support even among Democratic presidential candidates, such as Massachusetts Sen. Elizabeth Warren, who long has called for breaking up big tech. Over the weekend, congressional Republicans also praised the Trump administration for turning its attention to the industry. "This is very big news, and overdue," tweeted Missouri Sen. Josh Hawley.

The broad, bipartisan focus on Silicon Valley presents the whole of the tech industry with what could be its greatest political test after years of enjoying relatively smooth sailing in the nation's capital. Even when world regulators had sought to challenge these companies' business practices - Europe has fined Google $9 billion in just the last three years, for example - Washington had remained a staunch ally of Facebook, Google and their peers.

The 2016 election, however, began to erode that political goodwill, as members of Congress began to realize the extent to which malicious actors could capitalize on social networks with vast, perhaps unchallenged reach to spread falsehoods in real time. A flood of privacy violations, particularly at Facebook, further reinforced for some lawmakers the feeling that big tech giants had enriched themselves on their users' personal information - and left people with little option for alternative services to use.

"For a while, tech could do no wrong. They were the font of all innovation, and good things, and progress and democracy," said Rob Atkinson, the president of the Information Technology and Innovation Foundation, a think tank that counts Apple and Microsoft on its board of directors. "And now the bloom is off the rose."

Atkinson, however, stressed the industry had produced some of consumers' most well-liked services, from Facebook's messaging apps to Amazon's lightning fast delivery of goods that previously had taken weeks to order. "This is one of the reasons why this is such a hard sell," he said. "Most consumers just don't see a problem."

On Monday, Cicilline called it a "monopoly moment" for the tech industry, likening his committee's investigation into Amazon, Apple, Facebook, Google and their tech peers to past congressional probes of airlines and phone providers, each of which resulted in a fine-tuning of the nation's antitrust laws. Over the next 18 months, he said, the House Judiciary Committee and its top antitrust panel would focus their review on crafting their own recommendations.

"The open Internet has delivered enormous benefits to Americans, including a surge of economic opportunity, massive investment, and new pathways for education online," said Rep. Jerrold Nadler, the chairman of the full Judiciary Committee. "But there is growing evidence that a handful of gatekeepers have come to capture control over key arteries of online commerce, content, and communications."

New antitrust scrutiny helped drive down tech stocks Monday. Facebook stock was down more than 7%, Google fell by 6%, Amazon dropped 4% and Apple 1%, a small loss that came on the same day the iPhone giant unveiled a slew of new software updates at its annual developer conference.

In recent months, a growing chorus of politicians, academics and business leaders have argued that tech giants have accumulated too much power and that they should be regulated - or even broken up. In May, Chris Hughes, a co-founder of Facebook, argued in a commentary that it was time to break up the company.

Critics of Amazon have pointed to the company's dominance of retail e-commerce sales - estimated to be nearly 40 percent of the market, according to eMarketer data from May 2019. Meanwhile, Amazon has expanded into new lines of business, such as groceries, and amassed a massive cloud-computing footprint. Amazon argues, however, that it controls a smaller portion of all retail sales in an industry dominated by players such as Walmart, the largest U.S. retailer.

For Apple, the concern consistently is its App Store - a portal for games and other software that Apple controls. The iPhone maker long has tangled with companies such as Spotify, a music-streaming app that rivals Apple's own offering, over charges that Apple makes it harder for competitors to operate. Apple has denied it, but the European Union is reportedly probing the matter.

Google long has struggled to battle back EU regulators who feel its search, advertising and smartphone offerings put its competitors at a disadvantage. U.S. regulators previously probed the company but opted against bringing major penalties when they closed the investigation in 2013. With Facebook, its struggles with disinformation and privacy have fueled calls from a wide array of critics - including Chris Hughes, a co-founder of Facebook - who say it is time to break up the company.

“The Internet platforms have operated with impunity since their founding, producing horrific outcomes for democracy, public health, privacy, and competition,” said Roger McNamee, an early investor in Apple, Facebook, and Google and a former adviser to Facebook chief executive Mark Zuckerberg who has since become a critic of the companies.