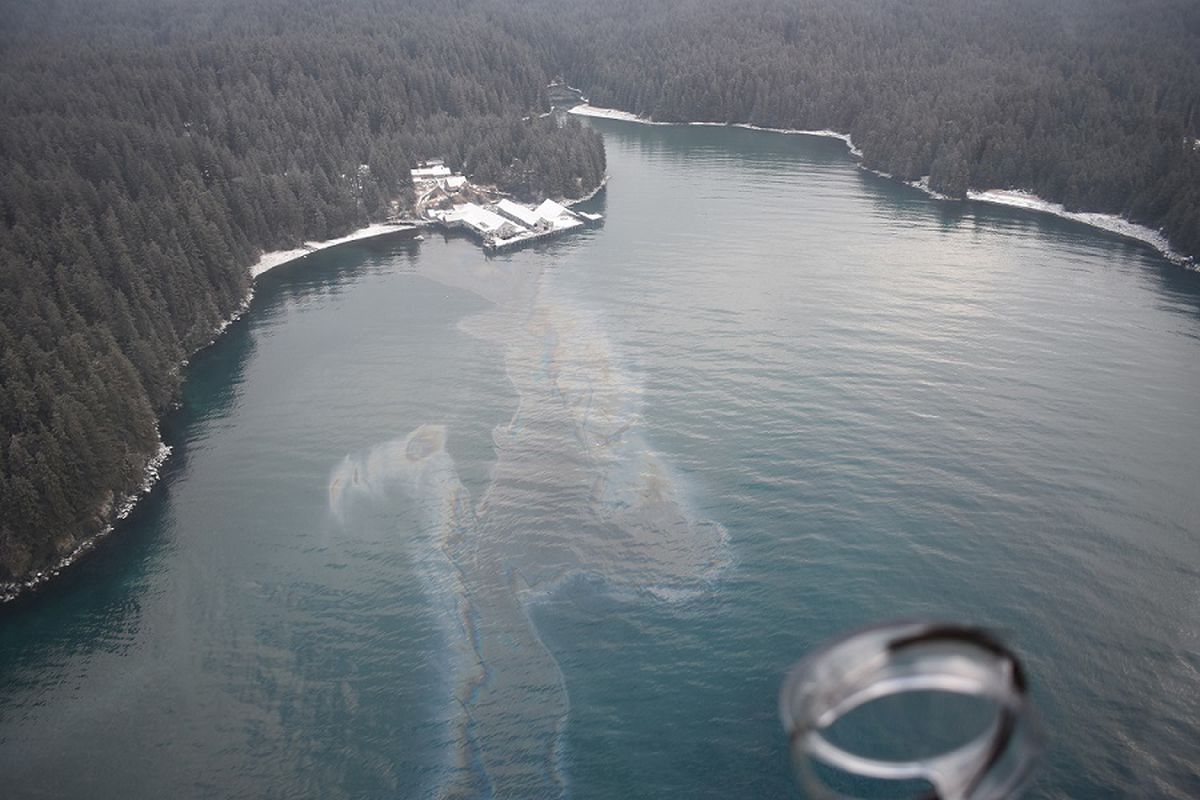 KODIAK - The owners and former operator of an Alaska hunting lodge have been ordered to pay nearly $8 million for an oil spill cleanup, a report said.

The bill is for costs related to a February 2018 spill on Shuyak Island in Port William.

The cleanup costing about $9 million was financed by the Oil Spill Liability Trust Fund, the U.S. Coast Guard said.

The spill happened when strong winds caused a building to collapse, releasing about 3,000 gallons of fuel oil into the water, authorities said.

Responders deployed booms around a dock and adjacent beach, collecting 1,878 bags of waste.

"It was a hell of a storm," said Krall, who took over operation of the business in 2012. "It wasn't through negligence that we let the building fall down."

Krall maintained the Coast Guard told him to store the fuel in a bladder that ruptured, but a Coast Guard spokesperson said it did not approve the bladder storage.

Krall's ownership of the bladder is his "primary connection" to the case, said Robert Hildebrand of the National Pollution Funds Center.

The Coopers and Krall are unable to repay the money, but the Justice Department is pursuing the funds, Krall said.

“I told them to put it on my Alaska Airlines credit card and they just laughed,” Krall said.