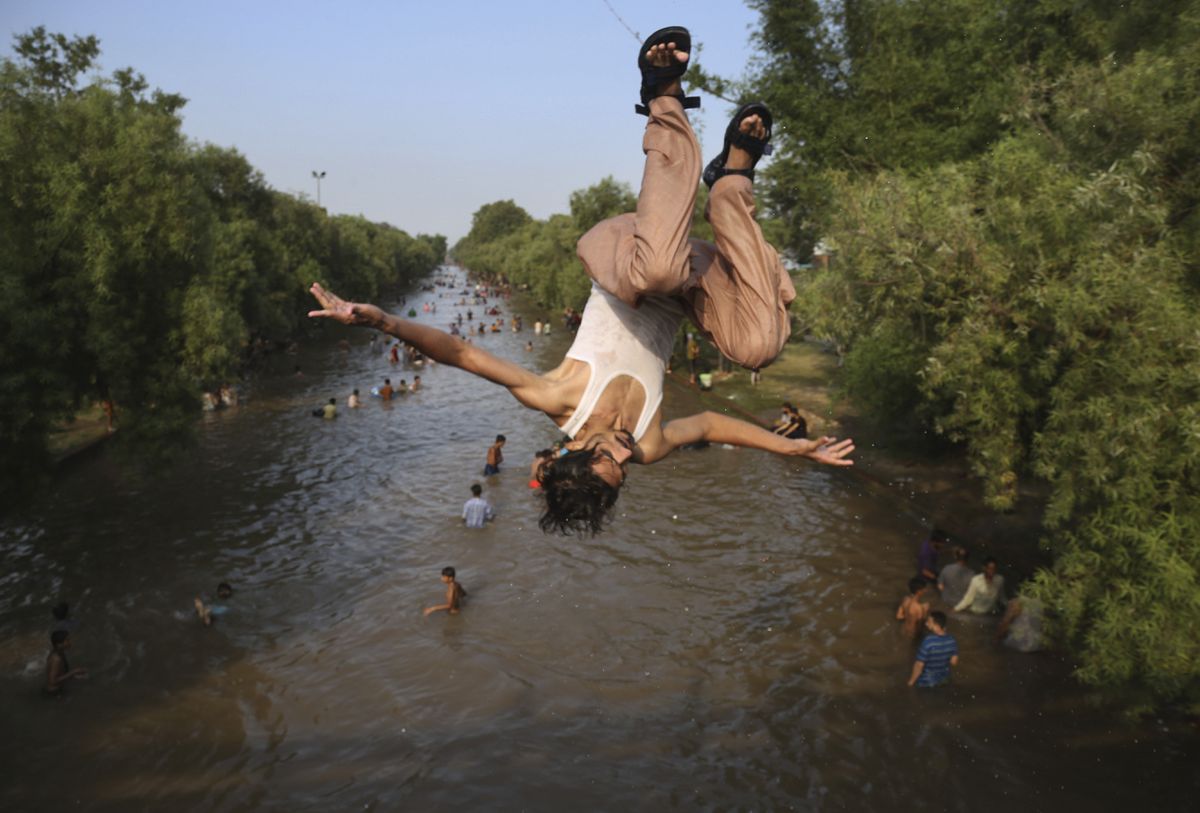 A Pakistani jumps as people cool themselves off in a canal in Lahore, Pakistan. (AP Photo/K M Chaudhry)

A Pakistani jumps as people cool themselves off in a canal in Lahore, Pakistan. (AP Photo/K M Chaudhry)

Following years of tireless investigation, the World Meteorological Organization Tuesday announced that two recent temperatures readings have been accepted among the hottest recorded on Earth.

One of the scorching marks came in from the Middle East, the other from South Asia.

"The Mitribah, Kuwait temperature is now accepted by the WMO as the highest temperature ever recorded for the continental region of Asia," the organization wrote in a statement. It continued, "the two observations are the third (tied within uncertainty limits) and fourth highest WMO-recognized temperature extremes."

These are the highest recognized temperatures in 76 years.

Notably, the WMO list of highest global temperatures does not include a 129.2 degree temperature (54.0 Celsius) recorded in Furnace Creek at Death Valley, California on June 30, 2013. But there's a reason.

That location was even hotter in 1913 when it reportedly hit 134 degrees (56.7 Celsius). This temperature is recognized as the hottest temperature recorded on Earth. But some experts question its validity. It was recently described as “essentially not possible from a meteorological perspective” in a detailed analysis.

It's a similar story for the planet's second highest recognized temperature which is 131 degrees (55.0 Celsius) from Kebili, Tunisia set July 7, 1931, Africa's hottest temperature. This record, has "serious credibility issues" according to Christoper Burt, an expert on extreme weather data.

We asked Randall Cerveny, chief rapporteur of the WMO committee for evaluating climate and weather extremes, why the Death Valley reading in 2013 is not officially considered among the hottest recorded temperatures. Even if you consider the 1913 Death Valley and 1931 Tunisia readings legitimate, the 2013 Death Valley reading should still rank third hottest.

"[T]he WMO does not verify a record through its extreme evaluation process unless it is a new global, hemispheric or continental extreme record," Cerveny responded in an email. "...the Death Valley 2013 temperature was not proposed to the WMO as an extreme at any of those categories," given it was not as high as the 1913 record at that same location.

Considering the questions that swirl around two hottest recorded temperatures (Death Valley in 1913 and the 1937 Tunisia reading), the Death Valley (2013) and Mitribah (2016) temperatures could in fact be the highest reliably measured on record. Since it’s unclear whether the 2013 Death Valley reading will ever be formally recognized and/or the 1913 reading invalidated, we may never know for sure.