Gorsuch, Kavanaugh shift the Supreme Court, but their differences are striking 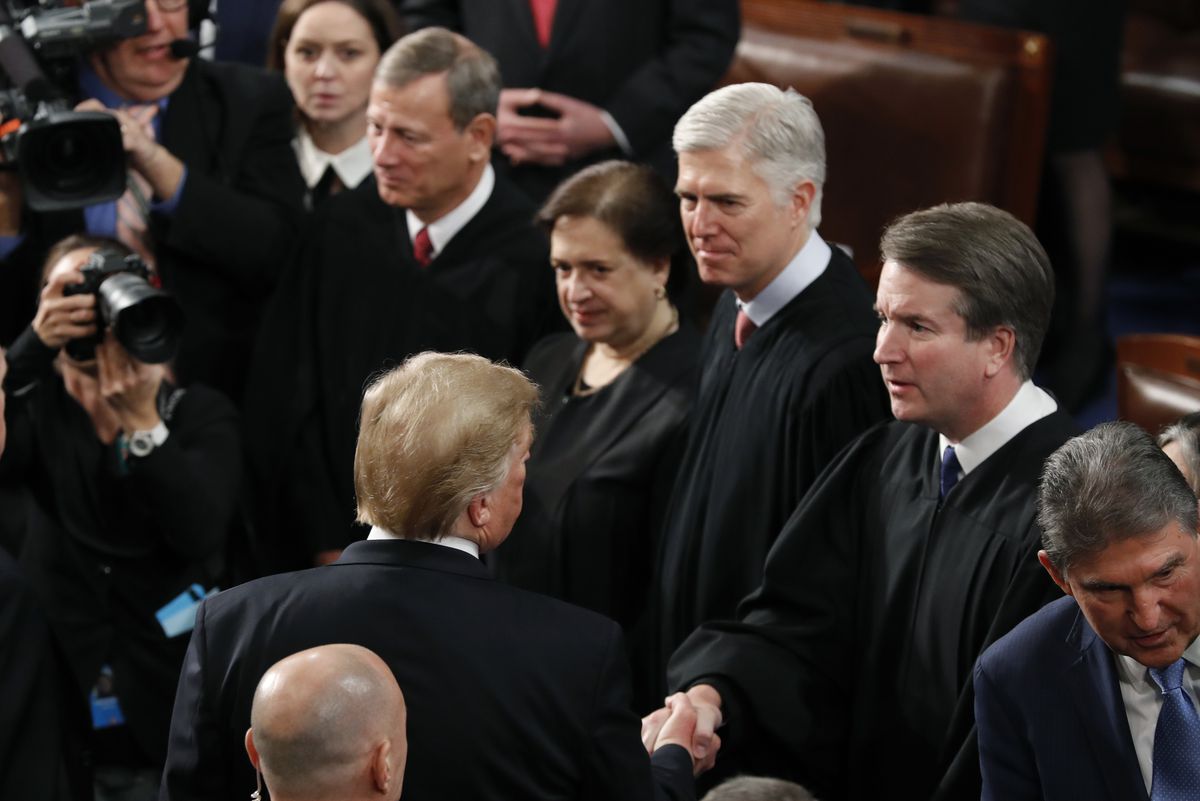 WASHINGTON - President Donald Trump’s nominees shifted the Supreme Court during their first term together but hardly transformed it, and their differences were on display as much as their famous similarities.

On the big issues, it turned out, Justices Neil Gorsuch and Brett Kavanaugh were ready to move the court as far to the right as Chief Justice John Roberts would abide - and then some.

Because of them, the court finally and forcefully disavowed any role in policing partisan gerrymandering, a decadeslong goal of conservative justices. Both were ready to approve the Trump administration's desire to put a citizenship question on the 2020 Census, even as Roberts said hold up.

Both appear tough on death penalty appeals and more open to the concerns of religious interests. Abortion rights supporters have cause for concern.

But it is differences between the Georgetown Prep alums - in style and substance - that are drawing the most attention, both in the term just completed and in projections for their long future on the court. According to data compiled by Adam Feldman, who runs the website Empirical SCOTUS, Gorsuch and Kavanaugh have disagreed more than any pair of new justices chosen by the same president in decades.

Kavanaugh was about as likely to be in sync with his liberal seatmate Elena Kagan as his fellow conservative Gorsuch, Feldman's research shows.

"One of the most interesting dynamics on the court is that Justice Gorsuch and Kavanaugh, at least early on in their time on the court, have charted different paths," said Washington lawyer Gregory Garre, who was solicitor general for President George W. Bush.

"They do not seem intent on playing the role of 'wonder twins.' "

According to Feldman’s numbers, rookie Kavanaugh was in the majority more than any other justice, with Roberts in second place. Gorsuch was at the bottom, with the court’s liberals and the iconoclastic Justice Clarence Thomas, a conservative who specializes in dissent.

"I think there was some thought that the common backgrounds of Justice Gorsuch and Kavanaugh might cause them to look at issues the same way," veteran Supreme Court practitioner Carter Phillips told an audience at the Washington Legal Foundation recently.

"I'm sure they will in some instances, but I think there are a lot of instances where I don't think they will."

Gorsuch, 51, and Kavanaugh, 54, have known each other since their days at the Catholic prep school in the Washington suburbs. They both went to Ivy League law schools - Harvard for Gorsuch, Yale for Kavanaugh - and clerked at the Supreme Court at the same time for the same justice: Anthony Kennedy.

Both worked in the Bush administration and both were named appeals court judges in the same year, 2006. Their conservative jurisprudence made them favorites of like-minded lawyers in the Federalist Society, and favorites for a spot on the Supreme Court the next time there was an opening and a Republican was president.

But once there, the differences have become more apparent. At times, they seem to be walking in the shoes of the men they replaced: the late conservative Antonin Scalia in Gorsuch's case, the more moderate Kennedy for Kavanaugh.

Gorsuch took the bench in April 2017. By the time the term ended two months later, he had shown himself skeptical of the reach of the court's decision granting same-sex couples the right to marry, further to the right than almost all of his colleagues on gun rights and not particularly deferential to Roberts.

There are gradations among the conservatives on the court, just as there are with the liberal justices. Gorsuch most frequently aligns himself with Justice Samuel Alito and Thomas. He and Thomas, particularly, are usually ready to discard the court’s past rulings.

They are "rock-ribbed originalists," in the words of Allyson Ho, another lawyer who argues before the court.

Gorsuch's libertarian instincts are strong, and sometimes they put him more in agreement with the liberals than the conservatives. That happened several times this term, mostly in criminal cases where Gorsuch felt the law was too vague.

In one such case, Gorsuch wrote the majority opinion; Kavanaugh wrote the dissent.

He plans to outline his views further in a book, due this fall, titled "A Republic, If You Can Keep It," for which he reported a $225,000 advance in his recent financial disclosure. Events are being planned at the presidential libraries of Bush and Ronald Reagan.

"Justice Gorsuch has been incredibly interesting to watch, because I think he's charting his own path," said Nicole Saharsky, a lawyer who frequently argues before the court. "I don't think we know exactly where the path is going to lead, but I think he's confident that he can be on it by himself."

Kavanaugh, on the other hand, "has gravitated to the center of the court, and the chief," said Garre.

It is not surprising the Marylander has kept a low profile after his bitterly partisan and brutal confirmation battle. The public's image of Kavanaugh is likely his angry, tearful rebuttal of Christine Blasey Ford's accusation of a teenage assault.

There have been no public speaking events, save for an appearance before judges and lawyers. A planned law school teaching gig overseas this summer brought protests at George Mason University.

On the bench, Kavanaugh is polite, deferential with his colleagues and often chatting and laughing quietly with Kagan. He, too, has occasionally sided with liberals, and been rewarded for it.

Justice Ruth Bader Ginsburg, as the senior justice in the majority, picked Kavanaugh to write the court's high-profile opinion saying an antitrust lawsuit against Apple could move forward. (Gorsuch wrote the dissent.)

Roberts chose Kavanaugh to write the court's decision overturning the conviction and death sentence of Curtis Flowers, a black Mississippi man who has been tried six times for murder by a white prosecutor. Kavanaugh wrote that the "State wanted to try Flowers before a jury with as few black jurors as possible, and ideally before an all-white jury."

In his almost nine months on the court, Kavanaugh has been eager to explain himself in writing. When he voted to allow a Louisiana law to go into effect that would have closed all but one of the state's abortion clinics, he offered what he said would be a compromise that would allow additional review if warranted.

No other member of the court joined it, and Roberts voted with the court's liberals to block the law for now.

The differences between Gorsuch and Kavanaugh might be more noticeable because the term was without many contentious political disputes. In the two that mattered on the last day of the term, gerrymandering and the census, they were together.

Also, there were plenty of odd coalitions this term. According to Feldman's statistics, every conservative member of the court at some point voted to form a majority with the liberal justices. And every liberal at least once left behind all of his or her usual voting partners to join the conservatives.

“On the whole, this term has seen a court acting as though it is in transition, with the justices still figuring each other out,” said Garre. "Even the justices don’t seem to know where the court is headed at this point.