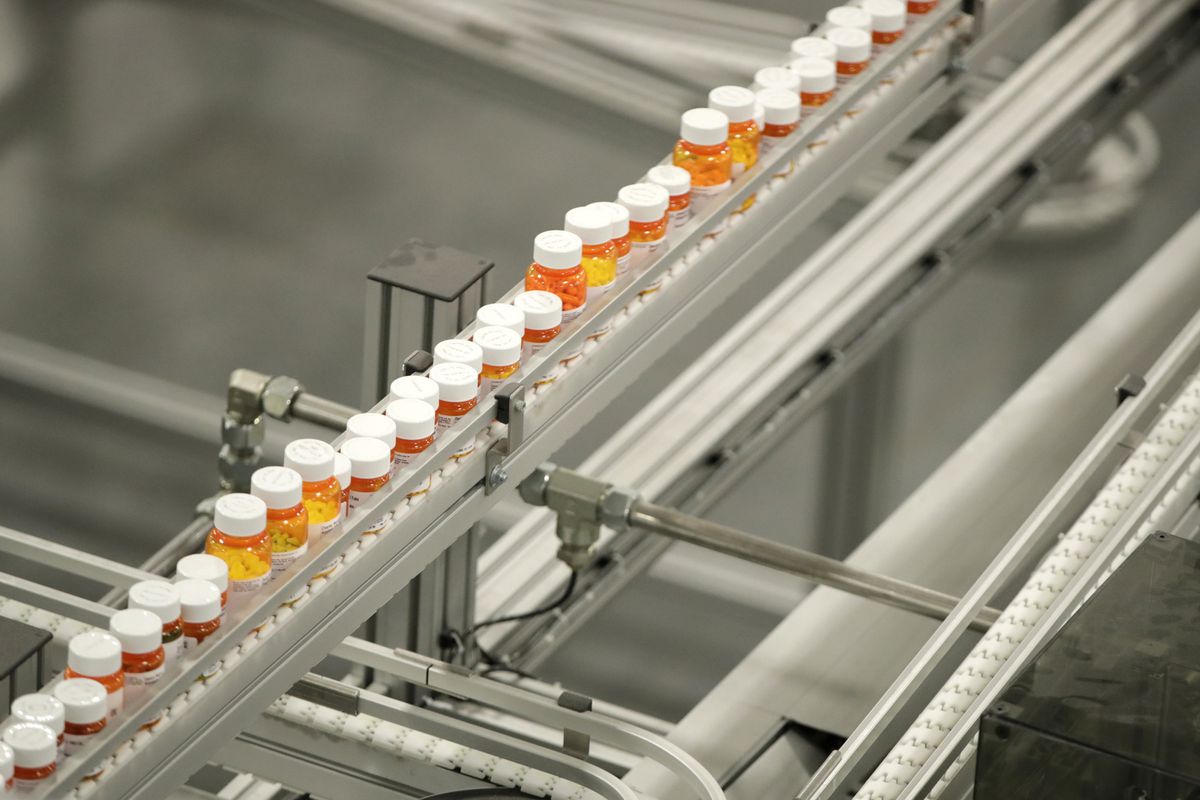 In this July 10, 2018, file photo bottles of medicine ride on a belt at the Express Scripts mail-in pharmacy warehouse in Florence, N.J. (AP Photo/Julio Cortez, File)

In this July 10, 2018, file photo bottles of medicine ride on a belt at the Express Scripts mail-in pharmacy warehouse in Florence, N.J. (AP Photo/Julio Cortez, File)

WASHINGTON - The Trump administration pulled one of its key proposals to lower drug prices that would have eliminated rebates to middlemen in Medicare, which President Donald Trump’s top health official had touted as one of the most significant changes to curb medicine costs for consumers.

The rule is the second major drug pricing effort to get blocked this week, complicating the administration's efforts to make lowering prescription medicine costs a key 2020 presidential campaign issue.

Health and Human Services Secretary Alex Azar and top White House policy advisers had disagreed over the merits of the rule, which has been a source of tension between the two camps. Azar proposed the rule in January as a central plank of the administration's effort to lower drug prices, and had proposed implementing the change next year. But policy advisers at the White House bristled at the rule's nearly $180 billion estimated price tag over a decade and questioned whether it would be effective.

"Based on careful analysis and thorough consideration, the President has decided to withdraw the rebate rule," White House spokesman Judd Deere said in a statement on Thursday. "The Trump administration is encouraged by continuing bipartisan conversations about legislation to reduce outrageous drug costs imposed on the American people, and President Trump will consider using any and all tools to ensure that prescription drug costs will continue to decline."

Drugmakers had favored the rule but it was strongly opposed by pharmacy benefits managers - the middlemen who administer drug benefits for employers and health plans and negotiate rebates with manufacturers.

"Only drug manufacturers have the power to set drug prices. We believe that the key to lowering drug costs is to enact policies that encourage greater competition," Pharmaceutical Care Management Association President and CEO JC Scott said in a statement. The group represents pharmacy benefits managers.

Earlier this week, a federal judge blocked a rule that would have required drugmakers to include the list prices of their medicines in television ads, arguing that HHS had overstepped its authority in implementing the rule and needed approval from Congress to do so.

Trump has stepped up pressure on his advisers to deliver wins on drug pricing that he can tout on the campaign trail. But infighting within the administration over how best to achieve the president's wishes have threatened some of those efforts.

HHS has also proposed a rule, under review at the White House, that would base the price of some drugs in Medicare on the average price paid by other countries with far cheaper drug costs.