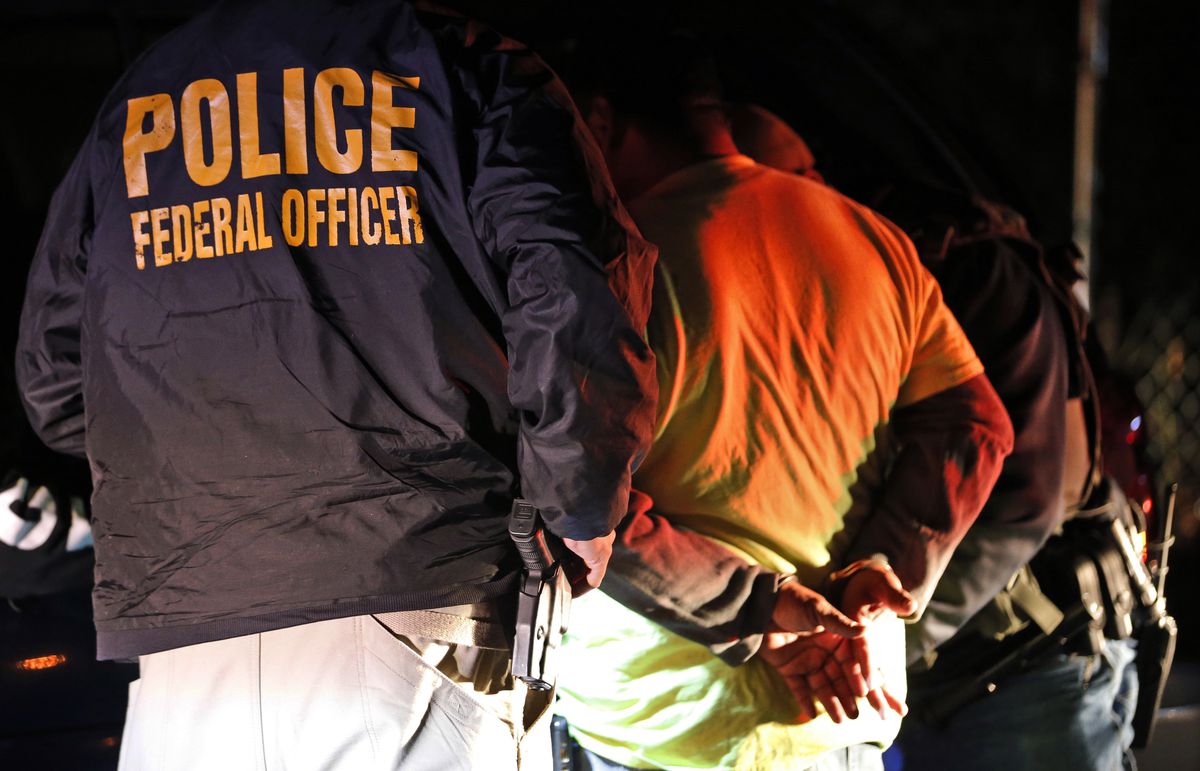 President Donald Trump said Friday that immigration authorities plan to begin carrying out mass arrests of migrants on Sunday, an announcement that comes after weeks of uncertainty and turmoil within his administration over the use of aggressive enforcement tactics aimed at curtailing migration levels at the U.S.-Mexico border.

Trump and administration officials had previously said that Immigration and Customs Enforcement was planning an operation to target thousands of migrant families that have received final deportation orders, a carefully coordinated push that was to focus on up to 10 cities across the country. While it was unclear if Trump was referring to the planned "family op" or another ICE enforcement wave, a former DHS official with knowledge of the operation said the raids will target about 2,000 families in up to 10 cities, including New York, Los Angeles, Chicago and Houston.

"It starts on Sunday and they're going to take people out and take them back to their countries, or they're going to take criminals and put them in prison or put them in prison in the countries they came from," Trump told reporters in Washington as he boarded Marine One. "We are really specifically looking for bad players but we're also looking for people who came into our country not through a process, they just walked over a line, and they have to leave."

Department of Homeland Security, ICE and White House officials did not immediately respond to requests to clarify the president's statements. ICE officials have said they do not publicly discuss law enforcement operations before they occur - secrecy is a key component - and they have noted that they regularly conduct enforcement waves as part of their general mission.

The former DHS official said the targets of the raids are families with final removal orders "who have not honored the orders." The government considers it a crime when someone willfully fails to leave the country within 90 days of a final removal order.

Trump on June 17 tipped off ICE's "family op" plan by tweeting about it days before it was set to begin. But he suspended the plan that same week after an outcry from Democrats, immigration advocates and members of his own administration who warned that the safety of immigration authorities and the success of their mission could be jeopardized because the operation was divulged publicly.

The president warned that the mass arrests - which he views as a potential deterrent to migrants - would be back on the table if Democrats and Republicans failed to come to agreement on altering the country's immigration laws. Trump warned again last week that the raids would occur "fairly soon."

A senior administration official said earlier this month that the president had been briefed on the most recent operation but did not know the precise details.

"ICE officers work daily with a continued commitment to enforcing our country's immigration laws and removing criminals from our country," Thomas R. Decker, the field office director for ICE's Enforcement and Removal Operations in New York, said last week after ICE assisted U.S. Marshalls in the extradition of a German man wanted for rape. ICE also said last week that it had deported 37 Cambodian nationals.

DHS and Justice Department officials had planned a family raid operation in late 2018, largely as a show of force to discourage Central American parents from bringing their children to the U.S. border hoping to be released into the country while they await court hearings.

Authorities drew up a target list of families that had received final deportation orders, with thousands of names in up to 10 major cities. ICE officials expect they likely will be able to detain only about 10 percent to 20 percent of their targets - far fewer than the "millions" the president said he hoped to deport. They also expect to arrest other undocumented immigrants and criminals they encounter during their search, known as "collateral" arrests.

The raids, along with tougher Mexican migration enforcement and a U.S. program to push asylum seekers back into Mexico to await their immigration hearings, are part of a plan to reduce border crossings. Such crossings at the southern border declined 28 percent from May to June, far more than a typical summer decline. U.S. officials said this week that it was unclear how much of the decline was due to those policies and that it would take months to determine whether they were having an impact.

U.S. Customs and Border Protection said earlier this week that Border Patrol agents detained more than 57,000 people who had crossed the border with their families in June - a decline from May, but still more than six times the number of families the U.S. apprehended in June 2018.

Immigration advocates have warned that mass arrests targeting families invariably would result in the separation of some children from their parents, as many immigrant families include both U.S. citizens and individuals who are in the country illegally.

“The upcoming ICE raids are yet another brazen attempt at family separation, a failed and inhumane policy devised to scare immigrants and asylum seekers from seeking refuge in the United States. Trump officials are clear with their intentions to use raids to terrorize families,” Emma Einhorn, the campaign director for MoveOn.org, said in a statement Friday.

House Democrats have blasted Trump's crackdown, saying families are fleeing violence, hunger and poverty in Central America and seeking refuge in the United States. The Trump administration has shot back saying Congress should close asylum "loopholes" that are fueling the border surge. The White House wants Congress to pass laws that would grant authorities more flexibility to deport unaccompanied minors and asylum-seeking families. Most are quickly released to await a court hearing, because of federal laws and judicial decisions that limit how long the government can detain children.

Trump's threats to arrest migrant families have left many fearful of going to work, school or even to the grocery store.

Volunteers are massing to protect them by setting up hotlines so they can observe the arrests and provide help afterward, teaching immigrants their legal rights and offering to shield them from arrest by hiding them in homes or in church sanctuaries.

Five immigration legal services organizations filed a federal lawsuit Thursday in the Southern District of New York urging a judge to guarantee that immigrants will have a chance to try to overturn their deportation orders before they are put on airplanes heading back to the countries they fled.

The Trump administration has said that about 90 percent of the migrants on their list failed to show up for immigration court hearings. But the American Civil Liberties Union, which is among several organizations representing the nonprofits, said many failed to appear "because of massive bureaucratic errors and, in some cases, deliberate misdirection by immigration enforcement agencies" that made it impossible to know when their hearings would take place.

Some court notices were sent late or to incorrect addresses, or after hearings had already passed. Some were sent for court dates that did not exist.

The nonprofit groups said they filed the lawsuit to protect families and unaccompanied minors who fled widespread violence and "murderous gangs" in El Salvador, Guatemala, Honduras and other countries.

“The Trump Administration’s plan to arrest and deport thousands of Central American families and children without giving them a fair day in court is both illegal and immoral,” said Ahilan Arulanantham, senior counsel at the ACLU of Southern California. “More than one hundred years ago, the Supreme Court decided that immigrants could not be deported without due process. These vulnerable refugees deserve that basic protection.”