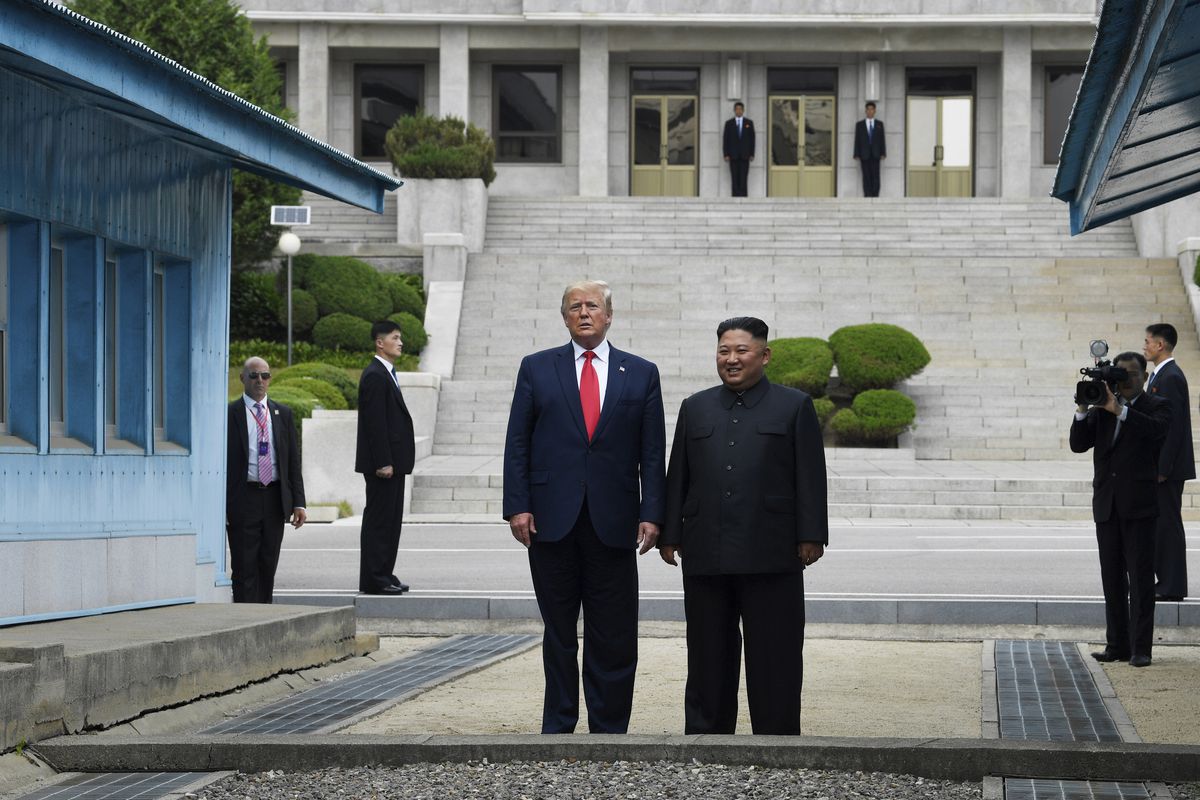 In a statement, the North's Foreign Ministry accused the United States of violating the spirit of negotiations between President Donald Trump and dictator Kim Jong Un by proceeding with military maneuvers scheduled for next month. At their first meeting in Singapore last year, Trump agreed to cancel major exercises with South Korea to avoid provoking Pyongyang.

The North said its moratorium on nuclear and missile tests "is a promise we made in hopes of improving bilateral relations, not something we wrote into law."

"Are we obliged to keep the promise unilaterally when the other side does not?," it said.

Pyongyang last launched a long-range missile in November 2017, though it has tested shorter-range weapons since then. It last nuclear test was in September 2017.

North Korea has long criticized U.S.-South Korean military exercises, viewing them as rehearsals for an invasion. The allies have planned to conduct combined maneuvers, known as Dong Maeng, in coming weeks.

U.S. Forces Korea said Tuesday it would continue to train in a combined manner while adjusting the scale and timing of military exercises in concert with diplomatic efforts.

"As a matter of standard operating procedure, and in order to preserve space for diplomacy to work, we do not discuss any planned training or exercises publicly," it said.

The North's statement appeared aimed at pressuring the United States, which has sought to revive nuclear talks with Pyongyang since the second Trump-Kim summit in Hanoi in February ended without a deal.

The two leaders met again at the inter-Korean demilitarized zone last month and moved to get diplomacy back on track.

"What is going to happen is over the next two or three weeks, the teams are going to start working to see whether or not they can do something," Trump said after the June 30 meeting, where he became the first sitting president to set foot in North Korea.

Since that summit, there hasn't been any official meeting between working-level negotiators of the two countries, prompting worries about the sustainability of their diplomacy and the prospects of a deal.

"The U.S.-South Korean military exercises have already been toned down in scale and substance in order not to provoke North Korea," said Shin Beom-chul, a researcher at Asan Institute for Policy Studies in Seoul. "North Korea is trying to pick a hole in order to raise its leverage in working-level negotiations with the United States."

The United States wants North Korea to take concrete steps toward denuclearization before it is willing to ease sanctions that limit Pyongyang’s trade. Kim has said he wants to develop his economy - though that goal remains largely out of reach while his nation remains shackled by sanctions.