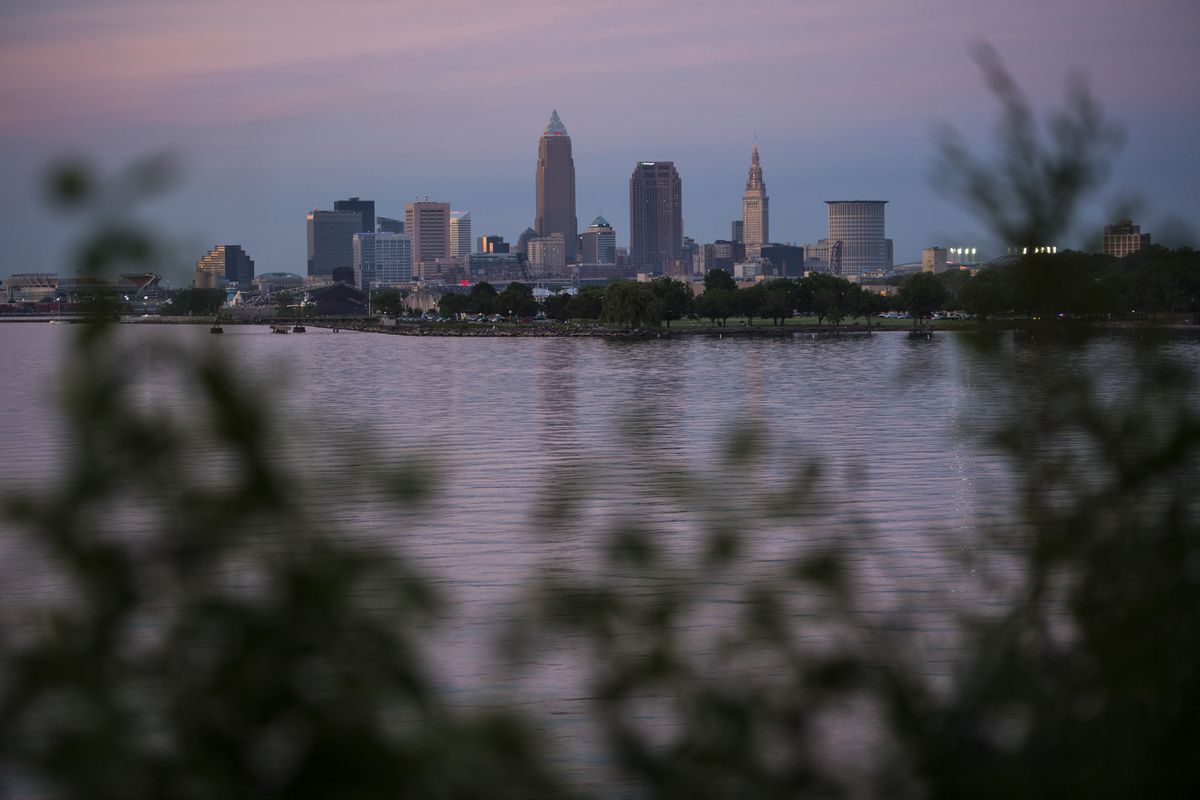 PARMA, Ohio - At Knuckleheads Bar & Grill, the subject on a sweltering Saturday afternoon was the drug crisis. More specifically, the recent disclosure that the CVS across the street received more pain pills - 6.4 million - over a seven-year period than any other drugstore in Cuyahoga County.

And there was the homeless encampment just beyond the CVS, over by the train tracks, behind the strip mall. It's popular with heroin users, the regulars at the sports bar said.

"It's a terrible thing, but I don't blame CVS," Gorman said, given the money to be made by pharmaceutical companies that sold the drugs and encouraged doctors to overprescribe.

The CVS in this white working-class suburb of Cleveland is a three-hour drive and, culturally, even further from the southern Ohio section of Appalachia that has become widely associated with the opioid epidemic.

But last week's revelation that drug companies saturated the United States with 76 billion pain pills over seven years shows that no corner of the country escaped the drug crisis. Two other drugstores in this city of 80,000 placed second and fifth on the Drug Enforcement Administration's list of Cuyahoga County locations. Wholesalers shipped opioids at 5.4 million and 3.7 million doses, respectively, to those. The list was disclosed by The Washington Post and HD Media last week.

Cuyahoga County and nearby Summit County soon will be at the center of the most important legal test of how much responsibility drug companies bear for the opioid epidemic. Barring a settlement, the two counties are scheduled to go to trial in October as the first case among the consolidated lawsuits brought by about 2,000 cities, counties, Native American tribes and other plaintiffs.

U.S. District Judge Dan Polster, who is presiding over the consolidated case in Cleveland, selected the counties to represent the legal arguments that other plaintiffs have made. The two counties are asking for billions of dollars from companies to help stem the crisis.

But CVS has always dispensed oxycodone and hydrocodone shipped by other distributors and continues to do so.

In a court filing released Friday, lawyers for the two counties accuse some of the biggest names in the drug industry of creating a "public nuisance" that endangered the health of residents by failing to control the drug flow, even when they knew, or should have known, that some painkillers were being diverted to illegal use.

"There can be little doubt that the opioid crisis - the epidemic of opioid availability and use - significantly interferes with the public health and constitutes a public nuisance in both Cuyahoga and Summit counties," they argued in a request that Polster rule in their favor on that issue even before trial.

To bolster that argument, they offered an array of statistics that may be critical in the case. In 2016, they said, the death rate from pharmaceutical opioids in Cuyahoga County was 3.26 times higher than the national average. In 2017, county emergency rooms treated an estimated 9,191 people with drug-related health problems, a 21 percent increase over the previous year.

As the government cracked down on the diversion of pills to the black market, heroin and fentanyl took their place. By March 2016, two people died of a heroin or fentanyl overdose in Cuyahoga County every day, the lawyers alleged.

In Summit County, whose biggest city is Akron, the surge in overdose deaths was so rapid that the county medical examiner brought in a mobile morgue in 2017 to handle the bodies, the plaintiffs wrote.

The defendants in the case include giant drug distribution companies such as McKesson, Cardinal Health, AmerisourceBergen, Walgreens and Walmart, and manufacturers such as Purdue Pharma and Mallinckrodt.

The companies have generally blamed the epidemic on overprescribing by doctors, overdispensing by pharmacies and on drug abuse by customers. The companies say they were working to supply patients in desperate need of pain relief with legal, highly regulated drugs.

In its statement last week, CVS said "the plaintiffs' allegations about CVS in this matter have no merit and we are aggressively defending against them. The fact is that we are committed to the highest standards of ethics and business practices, including complying with all federal and state laws governing the dispensing of controlled substance prescriptions."

The public nuisance argument is the same one made by the state of Oklahoma in a seven-week trial against Johnson & Johnson that concluded last week. The state asked a judge to make the company pay as much as $17.5 billion over 30 years to clean up the drug crisis. Cleveland County District Judge Thad Balkman said he would rule around the end of August.

Another 48 states have sued drug companies and are lined up behind Oklahoma in a legal track that runs parallel to the enormous federal "multi-district litigation" in Ohio.

The intersection where CVS and Knuckleheads sit is typical for the outskirts of Cleveland, whose border is just a few hundred feet away. It has strip malls occupied by discount stores, and a mom-and-pop lunch counter threatened by the Burger King down the road.

Knuckleheads itself, like its patrons, appears transported here from Cleveland in the exodus to the suburbs that began decades ago. It is a squat stone building with signs promising cheap domestic beer, bar food and a Cleveland Indians game on TV. The men inside drain pints of Budweiser and Miller Lite between smoke breaks in the alley behind a black metal side door.

The pharmacist on duty at the CVS on Saturday declined to comment on the volume of pills sold there, citing company policy.

But Frank Cimperman, 58, Knuckleheads' owner, said he believes "it's only number one because of the highway, and because you can get a prescription filled there 24 hours a day."

Drugstores with easy access to highways have drawn authorities' interest in the past, including two CVS stores in Sanford, Florida, that were raided and shut down by the DEA in 2012.

At a Rite Aid in the Clark-Fulton neighborhood of Cleveland, an inner-city community of low-income whites and Hispanics, pharmacy manager Ben Swartz was surprised to learn that his branch ranked third in Cuyahoga County on the DEA database.

"Wow," said Swartz, whose store received 4.8 million pills between 2006 and 2012. But he said he is confident that in recent years stricter practices have been put into place.

"We vet all the prescriptions that come in here," he said. Extra measures, including verifying diagnoses with doctors, are used for about 1 in 10 prescriptions, he said.

"We look for prescribing trends," Swartz said. "If a doctor's giving everyone the same drug in the same quantities, we won't associate with them. We also scrutinize prescriptions for high strength and high quantities, and people using multiple pharmacies and multiple prescribers."

Preliminary data from the U.S. Centers for Disease Control and Prevention released last week showed that drug overdose deaths nationally declined about 5 percent in 2018, the first drop in decades. While deaths from fentanyl are skyrocketing, fatalities from prescription opioids are falling, the data show.

Residents on the blocks surrounding the Rite Aid spoke of a high rate of heroin use in the area. One person, who declined to give his name because he did not want to be identified as disparaging the area, said the sidewalk in front of an abandoned factory a block south was a "shooting gallery" until two years ago.

"We used to find hundreds of needles on the sidewalk here," he said. "But I haven't seen any in two years, so I think it's getting better."

The Washington Post’s Steven Rich contributed to this report.