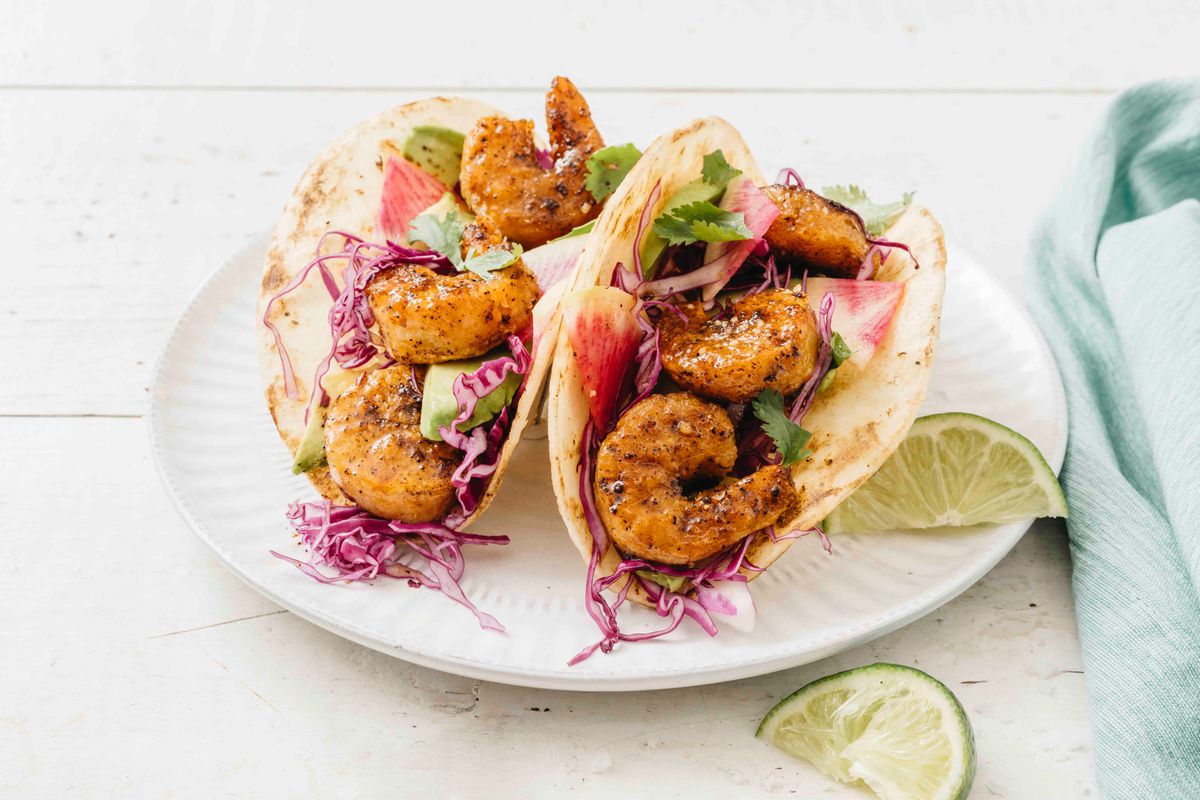 Tyson Foods is riding the new wave. Literally. On Thursday the world’s second-largest processor and marketer of chicken, beef and pork announced it is moving in a whole new direction: plant-based shellfish. Tyson has invested in New Wave Foods, a San Francisco-based start-up that will debut plant-based shrimp early next year.

"I was introduced to New Wave by a venture capital friend of mine, and I flew out and had the product prepared for me by a chef, and I didn't even know it wasn't shrimp," says Tom Mastrobuoni, chief financial officer of Tyson Ventures.

This is a new entry into the plant-based protein revolution led by Impossible Foods and Beyond Meat, a heady world of products that cook, bleed and chew like real flesh. Since Beyond's stratospheric IPO in May, plant-based debuts have been the talk of the food world, with establishment companies such as Smithfield, Perdue and Nestlé jumping on board.

Tyson was an early adopter, owning a 6.5% share in Beyond Meat, only to hop out before a public offering to announce its own plant-based meat brand, Raised & Rooted.

This, however, is something largely unprecedented, according to New Wave chief executive Mary McGovern.

Shrimp are the most-consumed seafood on the planet, and No. 1 in the United States by a factor of two. If a product that tastes like the real thing can be debuted at a similar price point, there's the potential for big business.

Once established, the company intends to follow with plant-based versions of crab and lobster.

McGovern says plant-based shrimp will be rolled out in restaurants. Eighty percent of shrimp are consumed in food service, and she says the advantages for a restaurateur are consistency.

Consistency of size and shape, as well as consistency in price. Farmed and wild shrimp vacillate in seasonal pricing between $4 and $11 per pound wholesale, which can make menu pricing frustrating.

Convenience and consistency mean very little, however, if the taste and essential "shrimpiness" aren't there. The job fell to Michelle Wolf, co-founder and chief technology officer of New Wave. With seaweed extract as a main ingredient and a plant protein augmented by two other proprietary ingredients, the sham shrimp's biggest challenge was texture.

"We have been wholly focused on making this a product for the flexitarian," Wolf said. "It has to provide the bite and texture and characteristic snap of shrimp. It was critical to get the texture, so much of the work has gone into that."

Wolf says the product looks like a peeled, deveined and tailless cooked shrimp but is hypoallergenic, lower in calories and cholesterol, and higher in fiber.

Not everyone is bullish about how a plant-based shellfish will be received in the marketplace.

"What's worked so well for the plant-based burger is that it's disguised, it's masked with sauces and condiments, and there's not a compromise with texture and taste," said Eddie Yoon, founder of Eddie Would Grow, a think tank on growth strategies.

"If you think about meatballs, you're drowning them in tomato sauce, cheese. Chicken nuggets get breading. From a seafood perspective, there's not a lot of disguising going on," Yoon said.

If Tyson is smart, he says, it will roll out the product in areas where seafood plays a bigger role in regional cuisine. No matter what, he says, its reception is likely to be slower, partly because shellfish is more niche than burgers and nuggets.

"And you'll need restaurants chefs to get excited about this."

"I think there's room for anything right now, to be honest. We're experiencing a universal shift in how we think about food."

He says customers will be reassured by the use of seaweed as a central ingredient, as people have been eating it for centuries. Consumers will also be drawn to New Wave's smaller environmental footprint, he argues, as well as its lack of involvement in overfishing or unfair labor practices.

The positioning of this new product is crucial, according to Mendelsohn. This new array of plant-based products is largely targeting omnivores aiming for the occasional meat alternative.

“Beyond Meat wanted to be in the meat aisle, not the veggie burger aisle, and that was brilliant.”