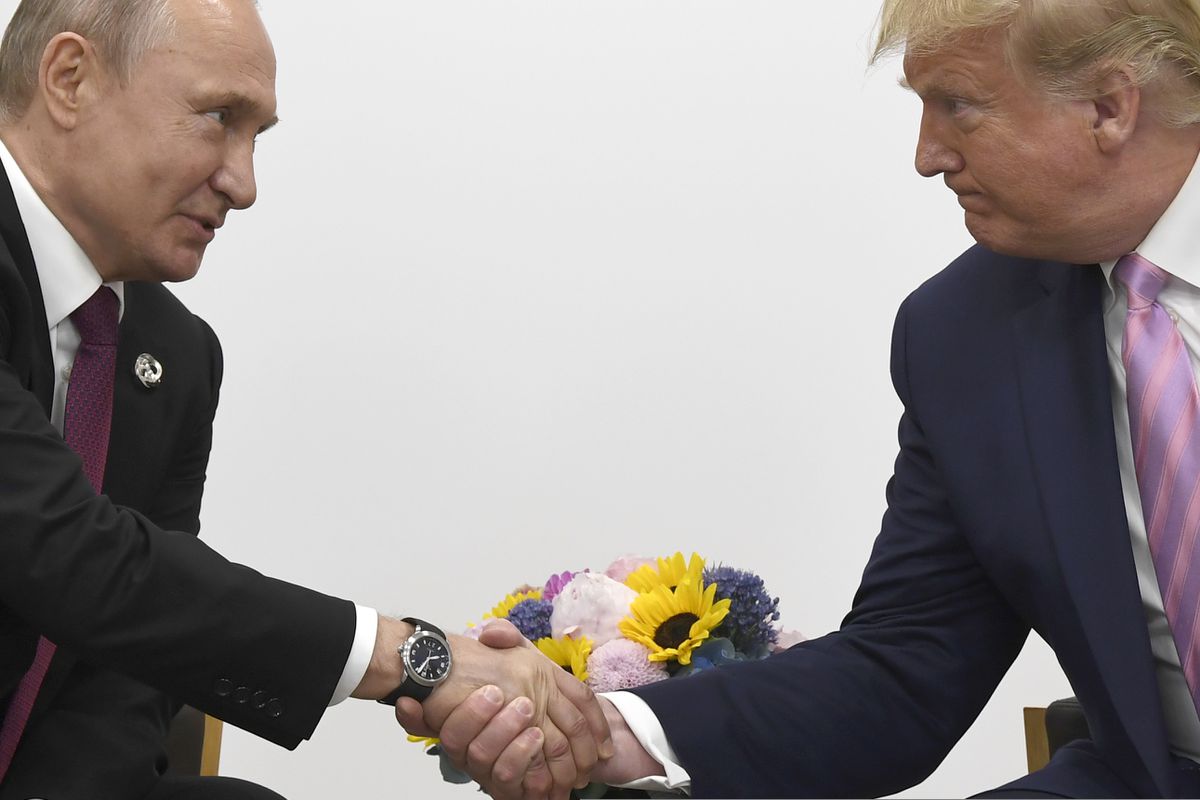 WASHINGTON - In 2017, the United States extracted from Russia an important CIA source who had provided information about the Kremlin’s interference in the 2016 presidential election, according to current and former officials.

The operation, known as an exfiltration, followed mounting concerns among U.S. officials that the individual, whose identity is unknown, could be discovered by the Russian government.

The exfiltration took place sometime after an Oval Office meeting in May 2017, when President Donald Trump revealed highly classified counterterrorism information to the Russian foreign minister and ambassador, said the current and former officials, speaking on the condition of anonymity to discuss the sensitive operation.

That disclosure alarmed U.S. national security officials, but it was not the reason for the decision to remove the CIA asset, who had provided information to the United States for more than a decade, according to the current and former officials.

The exfiltration was first reported by CNN. The CIA declined to comment.

The Kommersant newspaper reported Tuesday that a "missing" employee of the Russian presidential administration was spotted in the United States.

It said he disappeared in 2017 during a family vacation to Montenegro, and suggested that he may have been the person exfiltrated by the CIA. Montenegro, on the Adriatic, has been a popular destination for Russian vacationers.

The Russian Investigative Committee - somewhat analogous to the FBI - opened a murder case following the disappearance of the man and his family, Kommersant said, citing Russian law enforcement agencies.

"The investigation continued with several pauses until detectives and Federal Security Service officers found out that the presumed victims were alive and staying in a foreign country," the newspaper said.

U.S. officials had been concerned that Russian sources could be at risk of exposure as early as the fall of 2016, when the Obama administration first confirmed that Russia had stolen and publicly disclosed emails from the Democratic National Committee and the account of Hillary Clinton's campaign chairman, John Podesta.

In October 2016, the Department of Homeland Security and the Office of the Director of National Intelligence said in a joint statement that intelligence agencies were "confident that the Russian Government directed" the hacking campaign.

"We believe . . . that only Russia's senior-most officials could have authorized these activities," the statement said.

Earlier drafts of the statement had accused Russian President Vladimir Putin by name, but the reference was removed out of concern that it could endanger sources and methods, The Washington Post reported.

In January 2017, the Obama administration published a detailed assessment that unambiguously laid the blame on the Kremlin, concluding that "Putin ordered an influence campaign" and that Russia's goal was to undermine faith in the U.S. democratic process and harm Clinton's chances of winning.

"That's a pretty remarkable intelligence community product - much more specific than what you normally see," one U.S. official said. "It's very expected that potential U.S. intelligence assets in Russia would be under a higher level of scrutiny by their own intelligence services."

"It's quite likely," the official continued, "that the U.S. intelligence community would already be taking a hard look at extracting any U.S. assets who would have been subject to increased levels of scrutiny" after the assessment's publication. Part of it relied on communications intercepts and human intelligence, the official said. The Russians "undoubtedly would have been conducting a review as to who within Putin's inner circle would have had access to the information."

RT reported Tuesday that before 2010 the suspected asset worked at the Russian Embassy in Washington.

It said the man, his wife and three children left for Montenegro on July 14, 2017.

The suspected asset, whom media have described as a former high-ranking Russian official who spied for and ultimately defected to the United States, never worked at the Russian Presidential Affairs Directorate, Yelena Krylova, the directorate's spokesperson, told Interfax.

"Such a person hasn't worked for us," Krylova said when Interfax provided a name and asked for comment.

Rusian intelligence officials who have crossed Putin have been targeted in the past.

Last year, Russian operatives traveled to England and used a nerve agent to try to kill a former Russian military intelligence officer, Sergei Skripal, who had become a British spy, according to U.S. and British officials. In 2006, Russian operatives killed former intelligence officer Alexander Litvinenko in London by placing radioactive material in his tea, according to a British investigation.

Current and former officials said an exfiltration is a methodical process not normally triggered by a single event. It takes time to arrange for the asset, and potentially family members, to be secretly removed from the country and resettled.

Serving as an asset or informant is dangerous work, and as the potential for exposure increases, "then it's not a surprise that these people are extracted," said one former senior U.S. official. "That's the good-news story."

The Washington Post’s Will Englund in Moscow contributed to this report.