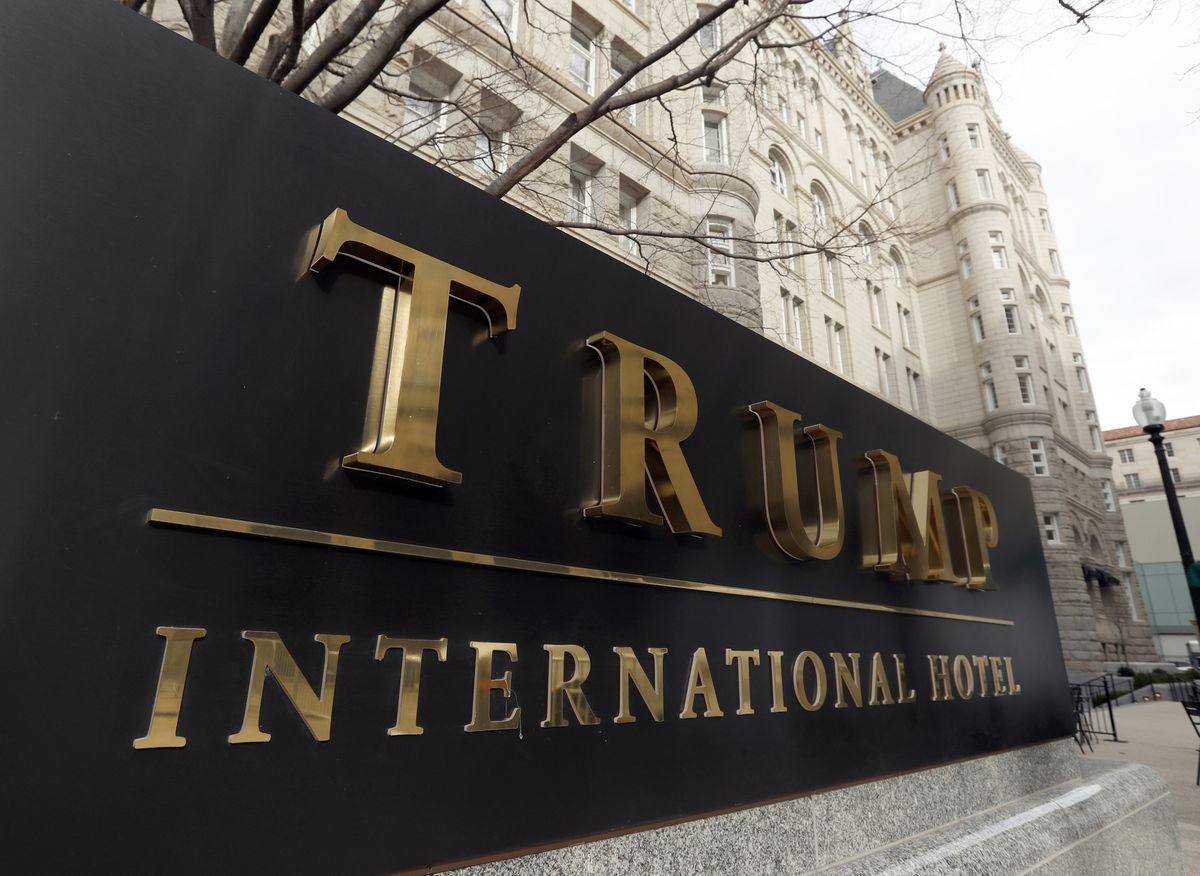 A federal appeals court on Friday revived a previously dismissed lawsuit against President Donald Trump, which alleges Trump is violating the Constitution by engaging in business transactions with foreign governments.

In a 2-1 ruling, a panel of judges from the 2nd Circuit in New York ruled that a lower-court judge had improperly thrown out the lawsuit in December 2017. Now, plaintiffs are hoping this victory will allow them to seek detailed records on Trump's transactions with foreign officials.

But, if Trump appeals, as is expected, the case could go to the full 2nd Circuit - and after that, to the Supreme Court.

This suit was the first of three major lawsuits alleging Trump violated the emoluments clause.

In this case, the plaintiffs were Trump's business competitors: a hotel operator and a group of restaurants and restaurant workers, who say Trump is using the presidency to give his businesses a competitive advantage. Along with hotel rooms and steaks, they say, he can sell something they cannot: access to power, and a chance to please the president.

In 2017, a District Court judge ruled that the plaintiffs had not proved Trump had actually taken any business away from them. He threw the case out.

In Friday's ruling, the two appeals court judges - both appointed by Democratic presidents - brought it back. They said it was not necessary to identify a specific customer that Trump had lured away. At least, not at this early stage of the lawsuit.

"The district court effectively required plaintiffs to prove, pre-discovery, the facts necessary to win at trial," judges Pierre Leval and Christopher Droney wrote. They said that the businesses had plausibly sketched out how they might be affected - and that was enough to continue to the fact-gathering stage of the case.

Judge John Walker, an appointee of President Ronald Reagan, dissented and said the case should be thrown out.

The Justice Department, which is representing Trump in this case, did not respond to a request for comment Friday.

Deepak Gupta, an attorney representing the plaintiffs, said the case was intended to enforce the original intent of the Constitution's framers: to bar presidents from having private business relationships with foreign states.

"Every time [Trump] illegally obtains payments from foreign governments, those are payments that would have gone to his competitors. So he's benefiting from illegal competition. He's deriving an advantage from the office that he holds," Gupta said. "It causes both the appearance of corruption - and actual corruption."

Of the other two emoluments clause lawsuits, one - filed by the attorneys general of Maryland and the District of Columbia - was dismissed this summer by a different court of appeals in Richmond, Virginia. The plaintiffs are hoping to revive it. Another, filed by congressional Democrats, is on hold while Trump appeals to another appeals court in Washington.

Trump's company has not disclosed which foreign governments are its customers, or how much revenue it receives from them. A recently retired Trump Organization executive, George Sorial, said this summer that the company's foreign revenue was about $1 million in 2018 - and that 90 percent of that came in through the Trump hotel in downtown Washington. The Trump Organization says it donates all profits from foreign governments to the U.S. Treasury. For 2018, it donated $191,000.

The Washinton Post’s Ann Marimow contributed to this report.