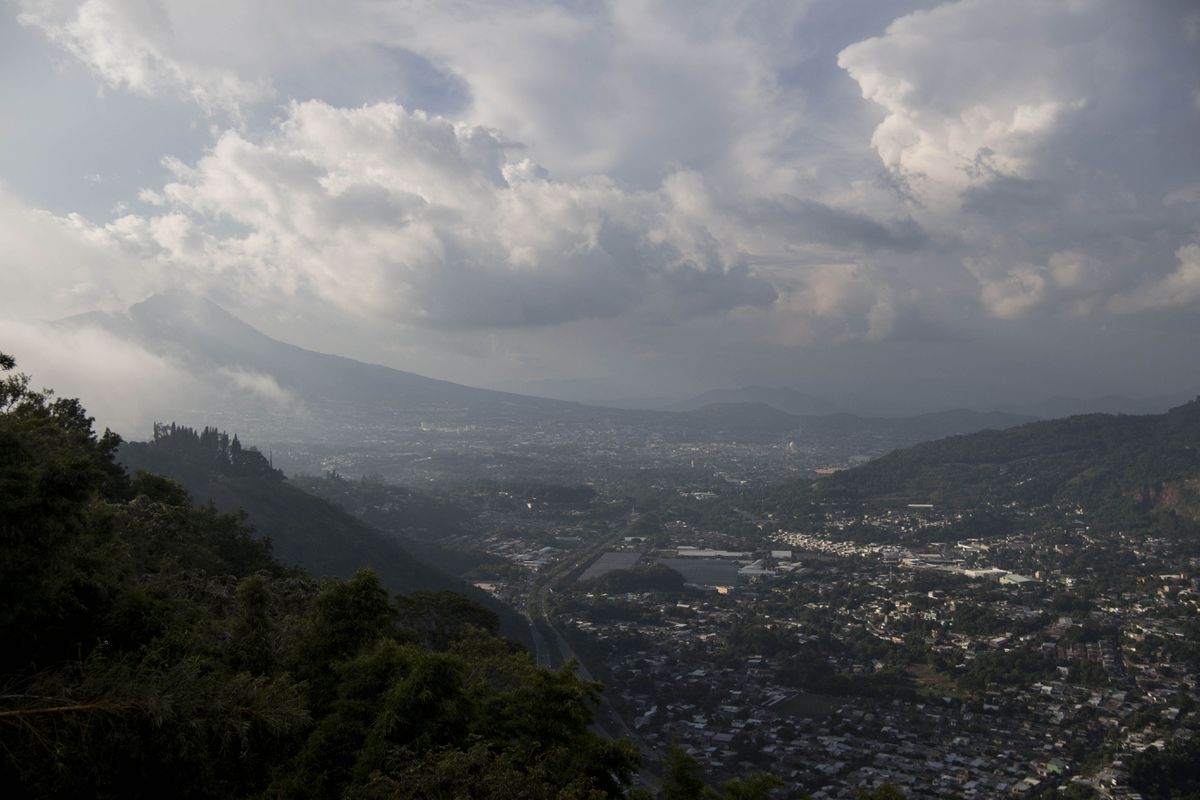 WASHINGTON - The Trump administration announced an accord Friday that would allow the United States to divert asylum seekers from the U.S. border to El Salvador, pushing migrants into one of the most dangerous countries in the world. The deal between the two governments is the latest in a series of measures aimed at creating new layers of deterrents to the influx of migrants applying for protection on U.S. soil.

Kevin McAleenan, the acting secretary of the Department of Homeland Security, signed a "memorandum of understanding" with Salvadoran foreign minister Alexandra Hill in front of television cameras in Washington, but the two officials gave few details and no indication when their accord would take effect.

McAleenan, who traveled to El Salvador for talks last month with President Nayib Bukele, praised a "shared responsibility" on migration that was part of a broader deal to accelerate economic development in Central America with the goal of keeping migrants in their home countries.

"Today we're very happy to announce the signing of this cooperative agreement between the United States and El Salvador to build protection capacity," McAleenan said, "to further our efforts for opportunities to seek protection for political, racial, religious or social groups persecution as close as possible to the origin of individuals who need it."

The accord shows willingness by the Trump administration to send people to places that are known to be dangerous - and from which people have been fleeing extreme poverty, violence and corruption - to dissuade them from attempting a journey to the U.S. border in the first place.

McAleenan called the accord with El Salvador an "asylum cooperation agreement," rather than the kind of "safe third country" arrangement Trump officials have pursued for years. That term has been stigmatized in Central America, in large part because it would be difficult to consider the Northern Triangle region of El Salvador, Honduras and Guatemala as a safe haven given that it has among the highest homicide rates in the world.

"The core of it is recognizing El Salvador's development of their own asylum system and a commitment to help them build that capacity," McAleenan told reporters Friday. He said the diversion of asylum seekers from the U.S. border to El Salvador would be "one potential use of the agreement."

"Individuals crossing through El Salvador should be able to seek protections there, and we want to enforce the integrity of that process thorought the region," he said.

In practice, though, the asylum cooperation agreement with El Salvador takes the Trump administration further toward what McAleenan is seeking across the hemisphere: deals that aim to stem the surging numbers of migrants from around the world who have flooded U.S. immigration courts with humanitarian claims.

Asylum seekers from Nicaragua, Cuba and other nations who pass through El Salvador en route to the U.S. border will be eligible for return there once the accord is implemented, U.S. officials say. As part of the plan, the United States will help build an asylum system in El Salvador and in other nations in the region, seeking to fund the effort through United Nations refugee agencies. Only 18 people sought asylum in El Salvador last year, according to the latest UN data.

"We need to see whether the United States will provide El Salvador with assistance to implement the plan," said Cristobal Ramón, an immigration analyst at the Bipartisan Policy Center in Washington. "While El Salvador isn't receiving as many asylum seekers as the United States and Mexico, the country may not have the institutional capacity and resources to process an uptick of asylum seekers that may be sent back under the terms of the deal, which could undermine its implementation."

McAleenan reached a similar deal with Guatemala in August that has yet to be put in place. The Salvadoran accord is different in a key regard: unlike Guatemalan President Jimmy Morales, the Salvadoran leader is one of the most popular figures in Latin America, with an approval rating topping out at 90 percent in some polls.

Other nations where McAleenan has sought such accords, including Panama and Mexico, have balked, saying they will not sign safe third country agreements even as they demonstrate a willingness to reach deals that could function in a similar way.

Bukele, 38, a centrist businessman and former mayor of San Salvador, has sought to leverage his cooperation with the United States to obtain benefits from the Trump administration. They include additional U.S. investment as well as a potential fix for the roughly 200,000 Salvadorans who have been living in the United States for nearly 20 years with a form of provisional residency known as temporary protected status (TPS).

The Trump administration's attempts to end TPS for El Salvador and other nations has been blocked in court, and the current extension is valid through January 2020.

A TPS deal has been included in the discussions, U.S. officials say, but McAleenan made no announcement on the topic Friday, even as Hill, the Salvadoran foreign minister, spoke in urgent terms about the need for a resolution.

The asylum accord would not send Salvadorans back to their country if they reach the U.S. border seeking protection, though they could be routed to Guatemala if that deal takes effect.

McAleenan has emphasized the United States will implement the asylum agreements carefully to avoid overwhelming receiver nations with a flood of people needing resettlement.

Gang violence has pushed El Salvador's homicide rate to one of the world's highest this decade, but in recent years the level of violence has dropped. According to the latest Salvadoran figures, the murder rate has fallen by half since last year, which the government attributes to its military crackdown on gangs.

Irregular migration from El Salvador also has declined significantly in recent years, and U.S. agents now arrest far more Hondurans and Guatemalans at the U.S. border, according to the latest data.

The Washington Post’s Kevin Sieff and Maria Sacchetti contributed to this report.