Analysis: ‘The die is cast’ — and no one knows what comes next in the age of Trump 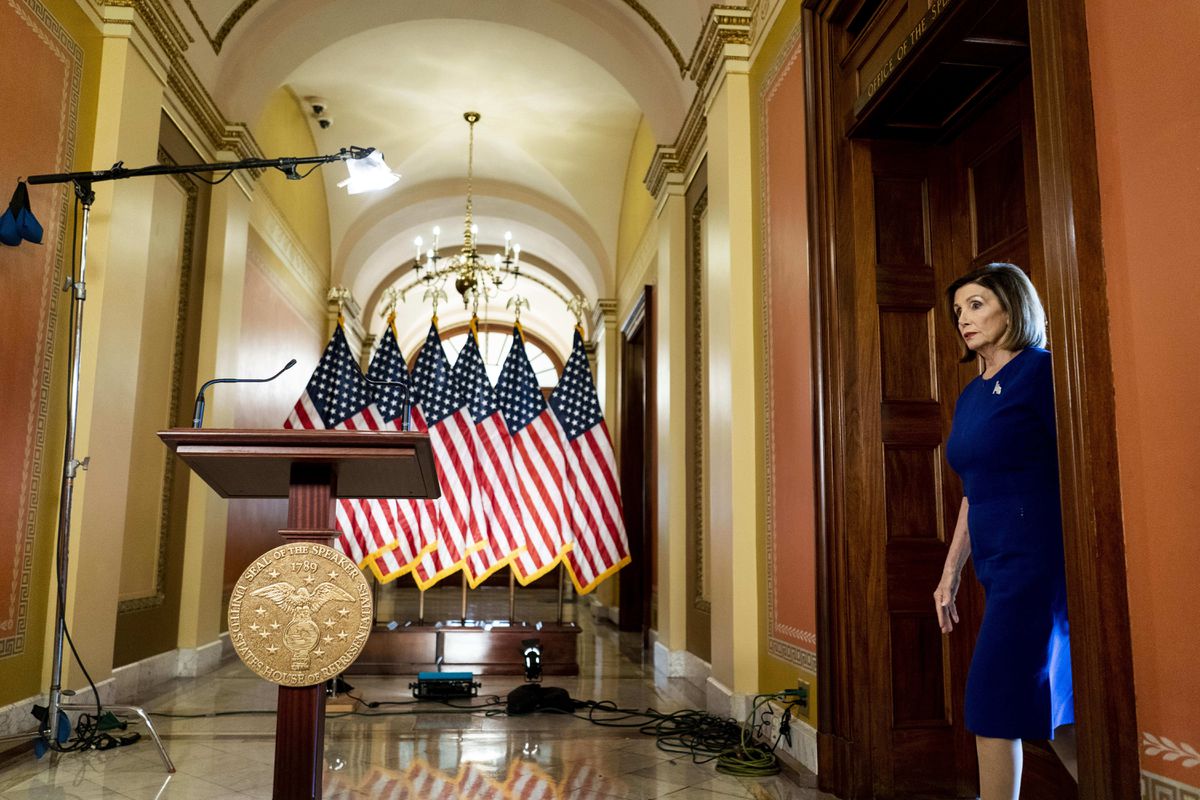 WASHINGTON - The Democratic decision to launch an impeachment inquiry of President Donald Trump on Tuesday pushed a strained nation to a new political brink, activating for the fourth time in history the U.S. Constitution’s most critical fail-safe with no certainty about where it will take the country.

After years of circling each other in an increasingly bitter political clash, Trump and his Democratic opponents will now find themselves locked in a legal process designed to remove from power elected leaders who have betrayed the public trust. Both sides committed to emerge victorious from the fight.

"I can't tell you what will come from this. I don't think anybody can," said Dan Sena, who was executive director of the Democratic Congressional Campaign Committee in 2018. "But it is definitely going to be an X-factor going into the 2020 election."

House Speaker Nancy Pelosi, D-Calif., spent much of the year beating back impeachment calls in her party, warning that a partisan process would be, in her words, "so divisive" and "not worth it." As she told her colleagues in 2018, on the way to winning back control of the House, "You can't get in a tinkle contest with a skunk."

But on Tuesday, she announced that everything had changed. Recent revelations about Trump's efforts to pressure the president of Ukraine to help find dirt that would aid his own reelection were a "betrayal of his office." She was ready to take the leap.

"Use any metaphor you want: Crossing the Rubicon, alea iacta est, a new territory, a new day has dawned," she said, evoking the Latin phrase for "the die is cast," reportedly uttered by Julius Caesar in 49 B.C.

Pelosi's dramatic declaration may go down in history as an understatement.

Presidential impeachment is enshrined in clear terms in the founding documents, but its use in practice has less in common with a typical legal proceeding than with an atomic weapon, potentially setting off chain reactions that can dominate the nation's attention for weeks, ripple through the political system for years and shift electoral outcomes in unexpected ways.

That calculus is further complicated by the extraordinary nature of Trump, a rule-bending, norm-breaking spectacle of a leader, who has thrived by escalating conflicts even when the facts are not on his side. His 2020 reelection campaign, premised on the notion that liberal elites, Democrats and the media are conspiring against the American people, is now certain to prompt a new rallying cry.

"PRESIDENTIAL HARASSMENT!" he tweeted concisely Tuesday afternoon. Within hours, his campaign put out a call for donors to give to his "Impeachment Defense Team."

Although impeachment proceedings reflect America's democratic system working as it was designed, to determine if a president accused of crimes should be removed from office, Trump and his allies are expected to use every tool at their disposal to test the very foundations of that system, just as they have done since his earliest days in office.

So far, he has beaten back other forms of congressional oversight, much to the consternation of House Democrats and other Trump critics who have so far been unable to exercise the sort of power they thought they had to keep a president in check.

Only three times before has the House formally pursued a president's impeachment. President Andrew Johnson's 1868 acquittal by the Senate, in the tumultuous aftermath of the Civil War, reshaped the relationship between Congress and the presidency.

President Richard Nixon's decision to resign in 1974 rather than undergo impeachment sparked years of government reform and the election of Democratic President Jimmy Carter in 1976.

A voter backlash against the impeachment of President Bill Clinton, who was also not removed from office by the Senate, led to Democratic gains in the House in 1998 and the resignation of Republican Speaker Newt Gingrich.

As in each of those cases, Democrats now have little hope of Trump's removal from office by the Senate if they impeach him in the House. Republicans control the upper chamber, which would have to convict him by a two-thirds margin. Since the disclosures about Ukraine, only a single Republican, Sen. Mitt Romney of Utah, has gone so far as to call the president'sactions potentially "troubling in the extreme."

The remaining senators are no doubt responding to Trump's powerful sway with their own constituents and public polls from this summer that showed a majority of the country opposing an impeachment inquiry after a report by special counsel Robert Mueller III laid out evidence that Trump may have repeatedly sought to obstruct justice.

Democratic consultants and pollsters focused on House and Senate races have been warning for months that a pursuit of impeachment following the Mueller inquiry could amount to a self-inflicted wound, by allowing Republicans to claim that Democrats are partisans not focused on the concerns of voters. Interviews with several of the party's top pollsters and consultants Tuesday revealed that the concerns had not faded.

But the advisers also said there was reason to believe the polling would shift in the coming months, as Democratic voters united behind their party and the details of Trump's conversations with Ukraine were disseminated to the public.

Trump has admitted to discussing his possible Democratic opponent, former vice president Joe Biden, in a July call with Ukrainian President Volodymyr Zelensky. A whistleblower from the U.S. intelligence community has filed a complaint alleging wrongdoing associated with the call, and Trump promised to release a transcript of his exchange with Zelensky on Wednesday.

Hunter Biden, the former vice president's son, served for nearly five years on the board of Burisma, Ukraine's largest private gas company, whose owner came under scrutiny by Ukrainian prosecutors for possible abuse of power and unlawful enrichment. Hunter Biden was not accused of any wrongdoing in the investigation.

As vice president, Joe Biden pressured Ukraine to fire the top prosecutor, Viktor Shokin, who Biden and other Western officials said was not sufficiently pursuing corruption cases. At the time, the investigation into Burisma was dormant, according to former Ukrainian and U.S. officials.

Democrats intend to argue that the fact pattern behind Trump's contact with Ukraine is far more direct, damning and easily digestible than complex stories of potential obstruction of justice contained in the Mueller report.

"This is a more supportable narrative about his conduct," said Geoff Garin, a Democratic pollster. "It's more clear. Trump has already admitted to most of the egregious behavior. He is out of the business of claiming nothing happened. And there is no mystery about his personal involvement, because he was the guy at the other end of the line."

The potential national security implications have also pushed several more moderate Democratic members to support impeachment in recent days, despite the political risks that have been laid out to them by advisers.

At the same time, an impeachment inquiry that focuses on Trump's contacts with Ukraine could also complicate Biden's presidential campaign, since Republicans are likely to use the process to continue to elevate discussion of his family's business dealings while he held office.

Republican election strategists, meanwhile, have been celebrating the potential impact an impeachment could have on their own voters in 2020 elections.

"There is nothing that will do more for Republican turnout than this. And the last couple of presidential elections have all been turnout elections," said Jim McLaughlin, a Republican pollster working on the Trump reelection effort. "I always thought Nancy Pelosi was smarter than this. It's crazy."

But such certainty has only occasionally been rewarded in the age of Trump, when the only constant has been the certainty of further disruption to the status quo. No one knows for sure what happens next.