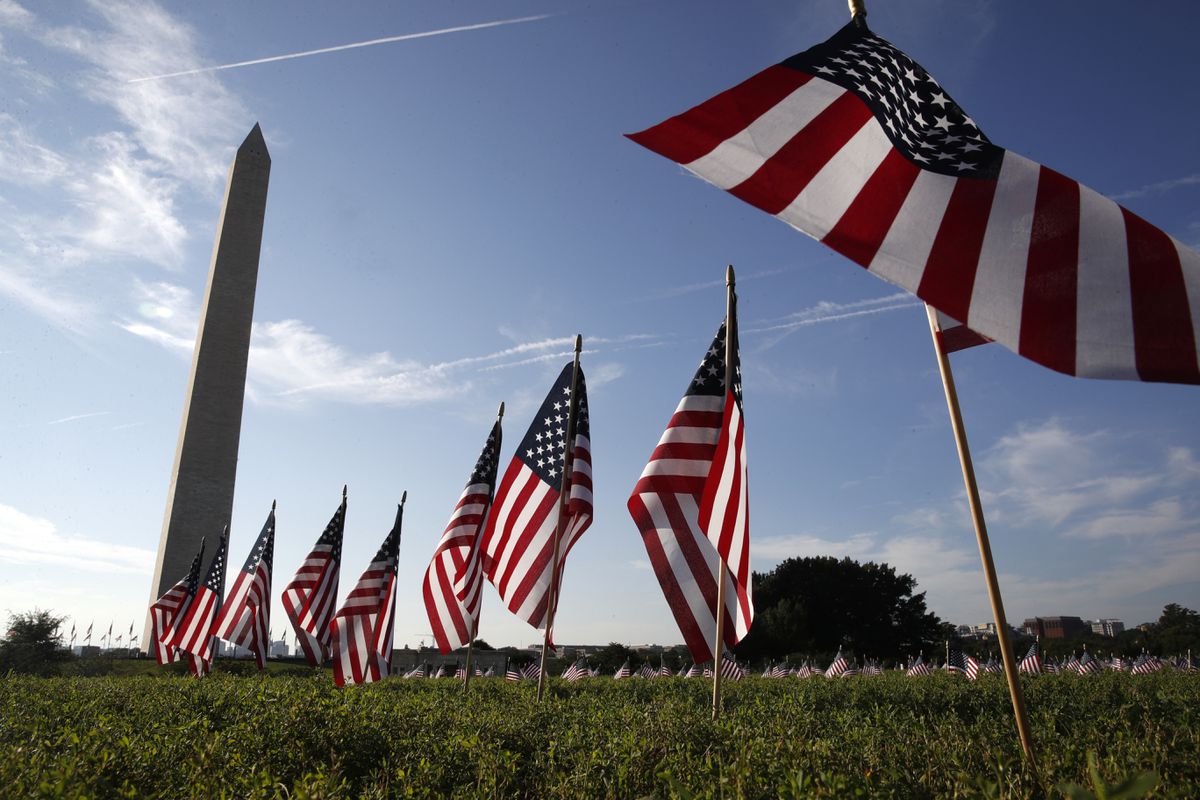 5,000 small U.S. flags representing suicides of active and veteran members of the military line the National Mall, Wednesday, Oct. 3, 2018, in an action by the Iraq and Afghanistan Veterans of America (IAVA), in Washington. (AP Photo/Jacquelyn Martin)

5,000 small U.S. flags representing suicides of active and veteran members of the military line the National Mall, Wednesday, Oct. 3, 2018, in an action by the Iraq and Afghanistan Veterans of America (IAVA), in Washington. (AP Photo/Jacquelyn Martin)

The U.S. military’s suicide rate among active-duty service members has climbed for five consecutive years, according to a Pentagon report released Thursday, as defense officials acknowledged a troubling rise that they said was similar to national trends.

"Although the suicide rate among most of our military populations is comparable to civilian rates, this is hardly comforting, and our numbers are not moving in the right direction," Elizabeth Van Winkle, the Pentagon's executive director of force resiliency, told reporters on Thursday.

Service members who die by suicide continue to be mostly male, white and under the age of 30, said Karin Orvis, director of the Pentagon's defense suicide prevention office. The Army and Marine Corps, the services with the highest suicide rates, also have the greatest percentage of men.

The most common method of suicide in the military was a firearm, with 60 percent carried out with one among active-duty forces, the report said.

"On the surface, suicide in the military appears to be markedly higher than the U.S. population," the Pentagon's report said. "Nevertheless, the direct comparison of military suicide rates and the U.S. military population is misleading. It is well established that males have a nearly four times higher risk of suicide death than females."

The military trains commanders how to deal with death within their unit, including by suicide. Van Winkle said she has noticed how much more they talk about it to reduce the stigma associated with seeking help.

But the Pentagon must build better understanding of the effectiveness of its suicide-prevention efforts, she said. That can be done through examining pilot programs and seeing "what is working in the civilian sector and bringing it into the military as a promising practice and to measure the effectiveness."

Defense Secretary Mark Esper, speaking ahead of the report's release on Wednesday, told reporters that "ever single" suicide is a tragedy.

"I wish I could tell you we have an answer to prevent further, future suicides in the Armed Forces," he said. "We don't. We are caught up in what some call a national epidemic of suicide among our youth. And not just our youth, but it's something we continue to wrestle with."

Esper said the military has "the means and the resources to get ahead of this and do better than our civilian counterparts."

On Thursday, he added on Twitter that the release of the report "is an important step towards understanding a complex issue that has no easy solution."

The Pentagon focuses on suicide rates rather than raw numbers to account for the military's fluctuating size over time, Orvis said.

In a statement released Thursday in conjunction with the report, the Marine Corps' top officer, Gen. David Berger, said that service members, unit leaders, families and mental-health professionals all have a role in suicide prevention.

"Every Marine and Sailor must work together to be engaged in each other's lives," he said. "Just as we talk about physical fitness, marksmanship, training and education - Marines must also be comfortable discussing life's struggles, mental wellness and suicide. We must create a community where seeking help and assistance are simply normal, important decisions Marines and Sailors make."

In a joint statement, acting Army Secretary Ryan D. McCarthy and the Army's top officer, Gen. James McConville, said they will "continue to take a hard look at the challenges we face with suicide to ensure the proper resources are in place to protect those at risk.

“We believe engaged leadership, focused training and education will promote a supportive environment, prevent high-risk behaviors and increase Army readiness,” they said. “The Army is about people and our team, and we are focused on strengthening resilience, increasing help-seeking behaviors and reducing suicides.”