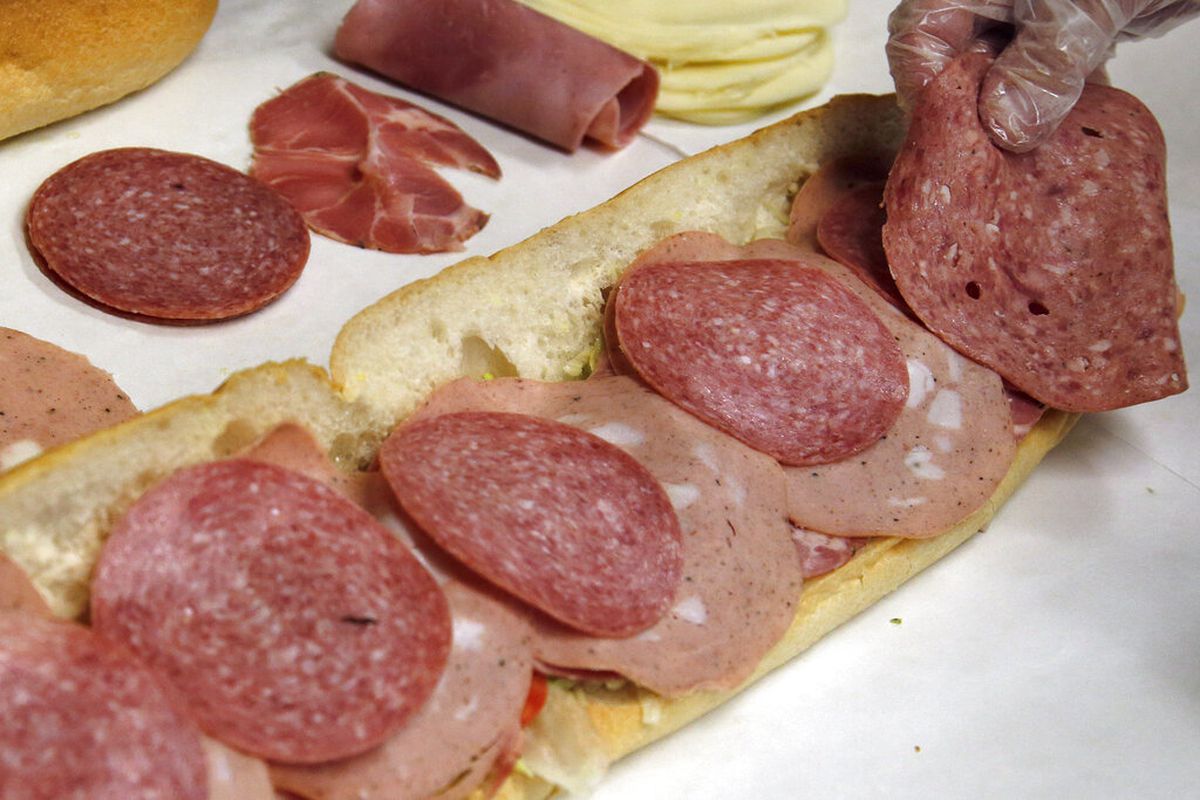 Processed meats go into a submarine sandwich at a delicatessen in Massachusetts. (AP Photo/Elise Amendola, File)

Processed meats go into a submarine sandwich at a delicatessen in Massachusetts. (AP Photo/Elise Amendola, File)

A study released today greenlighting the consumption of processed and red meat has much of the medical community seeing red.

A bad diet is the number one cause of poor health, and increasingly the bony finger of accusation has been pointed at this particular part of our plate. This year alone, the EAT-Lancet Commission report, the special report on climate change and land by the Intergovernmental Panel on Climate Change, and a British Medical Journal study associated increases in red meat consumption with mortality in American men and women. Meanwhile, plant-based protein companies such as Impossible Burger and Beyond Meat have begun to win consumers' affections.

In the midst of this, a new study suggests quite the opposite.

Guidelines published in the Annals of Internal Medicine say there’s no need to reduce red or processed meat consumption for good health. Based on five systematic reviews of the relationship between meat consumption and health, a panel of researchers from Dalhousie University and McMaster University in Canada, with the Iberoamerican and Polish Cochrane Centers, says most people can continue to consume red meat and processed meat at their average current consumption levels.

Analyzing the data from five studies that encompassed 54,000 people, the researchers did not find a significant association between meat consumption and the risk of heart disease, diabetes or cancer. They also found that a vegetarian diet provided few, if any, health benefits.

Given the enthusiasm among meat eaters for steaks and burgers, the impacts would have to be much greater to suggest curtailing red and processed meat, said Bradley Johnston, associate professor in the department of community health and epidemiology at Dalhousie University and the lead researcher on the study.

Johnston acknowledged that the study's recommendations are contrary to almost all other guidelines that exist.

Many nutrition and health scientists were gobsmacked by the panel's recommendations.

"We're collectively appalled that this is being pushed in the way that it's being pushed. It just adds to the confusion for patients," says Elizabeth Klodas, a cardiologist and member of the American College of Cardiology's nutrition group. "The conclusions are not the conclusions of the medical community. They were selective in the studies included and the weight they gave them."

She says it's like comparing heavy smoking to moderate smoking over a relatively short period of time, and sarcastically adds: " 'Frankly, people have a hard time quitting smoking, so let's just let them smoke.' We eat 220 pounds of meat per person per year in this country; that's 15 servings a week. And you're going to tell Americans, just keep going? Today we're spending $315 billion per year treating heart disease; on our current trajectory it will be nearly $800 billion by 2035."

Another critic of the study, Walter Willett, professor of epidemiology and nutrition at Harvard University's T.H. Chan School of Public Health, said the Annals of Internal Medicine study also ignored solid science in the arena.

"If you really want to review the evidence, you have to look at all bodies of relevant data. Why did they ignore that vast body of data of carefully controlled randomized studies?" asks Willett, pointing to studies that show that, compared to plant sources of protein, red meat increases blood levels of LDL cholesterol and triglycerides, which consistently predict higher risk of cardiovascular disease. He cited studies such as the Lyon Diet Heart Study, one that was not considered in the new study published Monday.

He added that the Annals study did not weigh in on what people ate instead of red meat.

"If you replace a portion of red meat with all the other unhealthy foods in our diet, you are comparing red meat consumption to the consumption of that, which may show negligible results," Willet said, adding that it's important to replace that meat with a healthy, plant-based protein source.

Bonnie Liebman, director of Nutrition at the Center for Science in the Public Interest, says one of the study's chief flaws is its reliance on the Women's Health Initiative study, a huge analysis of 48,000 women that had half the participants eating their regular diet and half eating a "low-fat diet," which in many cases led to a half an ounce difference in meat consumption per day in the two groups, about a fifth of a hamburger. There wasn't much difference in outcomes. Because of its size, the women's study may have skewed the overall results of the Annals of Internal Medicine report.

The debate over red meat comes as the U.S. government is working on its 2020 Dietary Guidelines, which informs which foods are served in school lunches, nursing homes, hospitals and food assistance programs, in addition to providing the framework for how doctors speak to their patients about what foods to eat.

Ahead of the influential findings, the low-carb paleo/keto/Atkins faction of nutrition science is vying against those advocating a more plant-based approach for a place on the American dinner table.

Of the study's critics, Johnston had this to say:

"Regarding the reaction among some in the nutrition research community . . . we are sympathetic to the discomfort of acknowledging the low-quality evidence in one's field. It seems to us, however, that pretending that the rules of evidence differ across fields because the feasibility of definitive studies is not possible in one's particular field is a poor solution to the problem. We believe it is important to apply common standards for assessing the certainty of evidence across healthcare fields."

Johnston's team did not consider ethical or environmental reasons for abstaining. They found that people ate meat because they liked it or perceived it as healthy and would be reluctant to change their habits.

Yet Willett says the panel's conclusions and recommendations do not reflect the study's own findings. Their meta-analyses of large cohorts showed that dietary patterns with a moderate reduction in red and processed meat consumption were associated with lower total mortality by 13 percent. If a drug brought down the number of deaths to that degree, he says, it would be heralded as a success.

“Meat is something people make decisions about in their own life every day,” Willett says. “The biggest cost (to studies like these) is people will throw up their hands and say nutritional science doesn’t know what it’s talking about.”