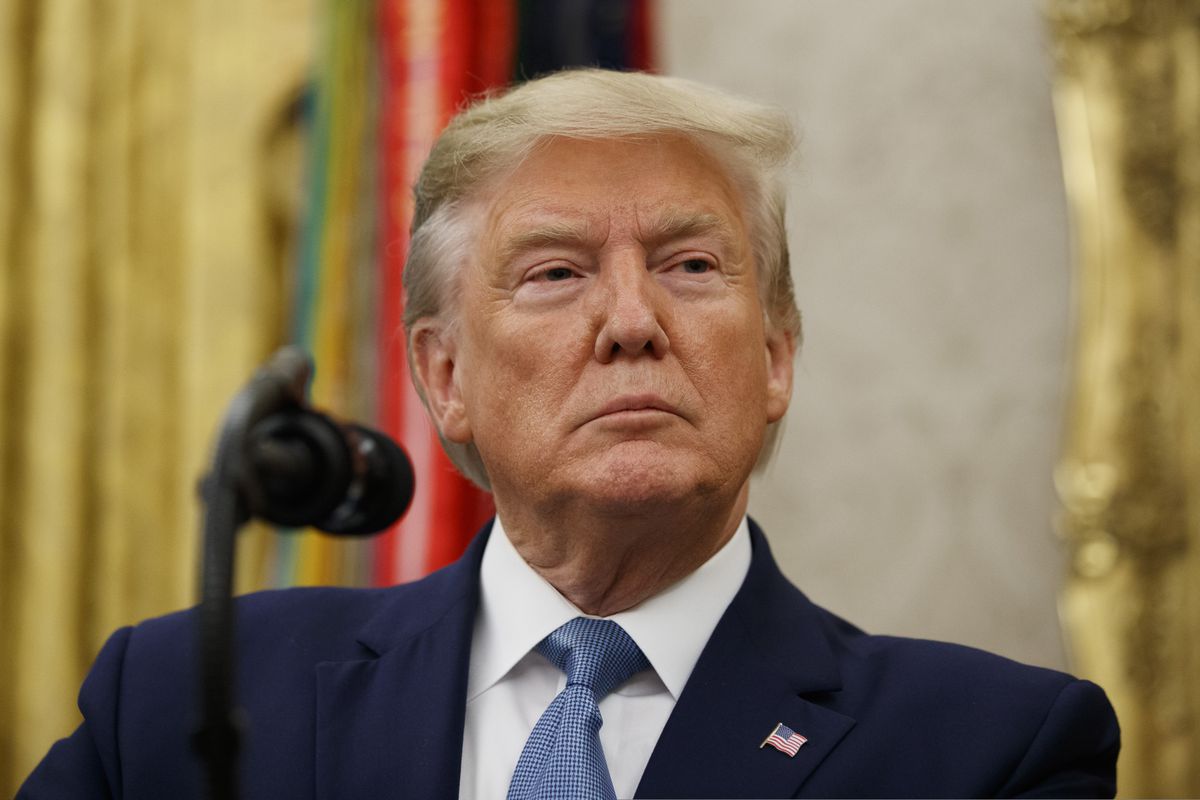 President Donald Trump pauses before speaking during a ceremony to present the Presidential Medal of Freedom to former Attorney General Edwin Meese, in the Oval Office of the White House, Tuesday, Oct. 8, 2019, in Washington. (AP Photo/Alex Brandon)

President Donald Trump pauses before speaking during a ceremony to present the Presidential Medal of Freedom to former Attorney General Edwin Meese, in the Oval Office of the White House, Tuesday, Oct. 8, 2019, in Washington. (AP Photo/Alex Brandon)

WASHINGTON - The debate over President Donald Trump’s fitness for office amid the House-led impeachment inquiry has put renewed scrutiny on national security officials who served in his administration to speak out, even as the president ramps up efforts to discredit the investigation as a “deep state” plot to destroy him.

Over the past week, several former officials have spoken critically of Trump's conduct and his foreign policy, lending weight to the picture of a president motivated by political interests with little regard for policy expertise, legal boundaries or institutional restraints.

Though the critiques have not all directly addressed the focus of the House investigation - Trump's request that Ukraine investigate Democratic presidential candidate Joe Biden - they have added to the case being made by the president's critics that he is putting U.S. security at risk.

Recent remarks by former national security adviser John Bolton and former State Department presidential envoy Brett McGurk - along with an open letter from a large group of national security figures, including some who served under Trump - represent the latest clash between the president and the experts charged with keeping the nation safe.

Trump has feuded with the national security community since many in the Republican establishment opposed his candidacy in 2016. And throughout the investigation into Russian interference in that election, the president sought to disparage U.S. intelligence agencies as a part of a politically motivated campaign to sabotage his presidency and sought to target some who spoke against him as partisan foils.

Those who have come forward since the Ukraine impeachment inquiry was announced said they are determined to make clear that Trump's conduct falls well outside the institutional boundaries of the presidency.

"What is happening currently is not normal," said Andrea Kendall-Taylor, who served as a U.S. intelligence officer on Russia and Eurasia before stepping down in 2018. "This represents a deviation from the way that these institutions regularly function. And when the institutions don't work, that is a national security threat."

She was among 90 national security veterans who signed an open letter published Sunday in support of the anonymous whistleblower who filed a complaint that Trump had acted improperly in asking the Ukranian president to investigate Biden in a July phone call.

Trump has attempted to intimidate other government officials from cooperating by casting those who offered information to the whistleblower as "close to spies." The open letter emphasized that the whistleblower "is protected from certain egregious forms of retaliation."

White House officials did not respond to a request for comment.

Trump's critics have seized on criticism from ex-officials as evidence that Democrats have more than enough material to justify the impeachment proceedings against him and to try to remove him from office.

McGurk, the former special envoy whose job included coordinating the global campaign against the Islamic State, issued a scathing series of tweets Monday, calling Trump "not a Commander-in-Chief" for his abrupt decision to order U.S. troops out of northern Syria. The move could put Kurdish forces, longtime partners in the fight against ISIS, in jeopardy.

Trump makes "impulsive decisions with no knowledge or deliberation," said McGurk, who registered similar concerns in December when he resigned in protest.

His critique was met with widespread approval on social media, garnering nearly 50,000 likes, as prominent anti-Trump voices called on other former administration officials - most prominently former defense secretary Jim Mattis - to speak out in a similar way.

Mattis also resigned in December in protest of Trump's policy on Afghanistan and Syria, but he has refrained from presenting an unvarnished public critique despite publishing a book in August on his Pentagon service.

"Where is General Mattis?" Joe Lockhart, who served as White House press secretary during President Bill Clinton's impeachment proceedings, wrote on Twitter. Nicolle Wallace, a White House press secretary under President George W. Bush, wrote that consensus among GOP national security experts and elected officials is that the country would be severely damaged by a second Trump term.

"This would be the moment to say that out loud," she urged.

Some former officials have been reluctant to weigh in part over fears it could muddy public perception of the national security institutions.

"In some ways, doing that reinforces the narrative of some hostile deep state and people just point to that by saying, 'You see? We told you. They were there all along,' " said a former high-ranking State Department official who left the agency last year. This person, who spoke on the condition of anonymity to speak candidly, felt conflicted about speaking out broadly against Trump after having served in the administration.

But the former official acknowledged that Trump's attacks on government agencies are unprecedented and expressed dismay over remarks last weekend from Sen. Ron Johnson, R-Wis., a prominent Trump ally, that he does not trust the FBI or the CIA.

Roberta Jacobsen, who stepped down as U.S. ambassador to Mexico in 2018, said ex-career officials publicly opposing Trump could contribute to a broader perception of partisanship. But she signed the open letter because Trump's conduct "so violates the rules that you were brought up on and because you think it's just dangerous for the United States."

Trump's efforts to impugn the whistleblower are part of his long-standing playbook to degrade the credibility of those who criticize him. He ripped Mattis - asking "what has he done for me?" - and said he had never met McGurk. He trashed former secretary of state Rex Tillerson as "dumb as a rock" for saying in May that an unprepared Trump was outwitted by Russian President Vladimir Putin at a global summit in 2017.

And Trump suggested last year that some in the administration were committing treason after an anonymous senior official wrote in The New York Times that aides were quietly working to protect the country against his reckless tendencies.

Amid the impeachment inquiry, Trump has sought to close ranks, ordering a sizable reduction in the staff of the National Security Council, according to Bloomberg. White House officials said it was an attempt to streamline decision-making.

But others interpreted the move as more evidence that a president distrustful of the government he oversees is determined to rely on his own judgment almost exclusively. As if to underscore that concern, Trump boasted Monday of his "great and unmatched wisdom" in defending his Syria decision.

Bryan McGrath, a retired naval officer who helped organize the first "Never Trump" letter in 2016, said GOP national security veterans are deliberating over how to "reengage in a big way" ahead of the 2020 election.

During his time in the Navy, he was trained that his commander "was to be obeyed," and current officers have a similar responsibility, he said. But now out of uniform, McGrath said he feels compelled to speak out.

“This is a unique, deep and long-lasting threat,” he said.