U.S. will not secure ISIS prisons if Kurds exit 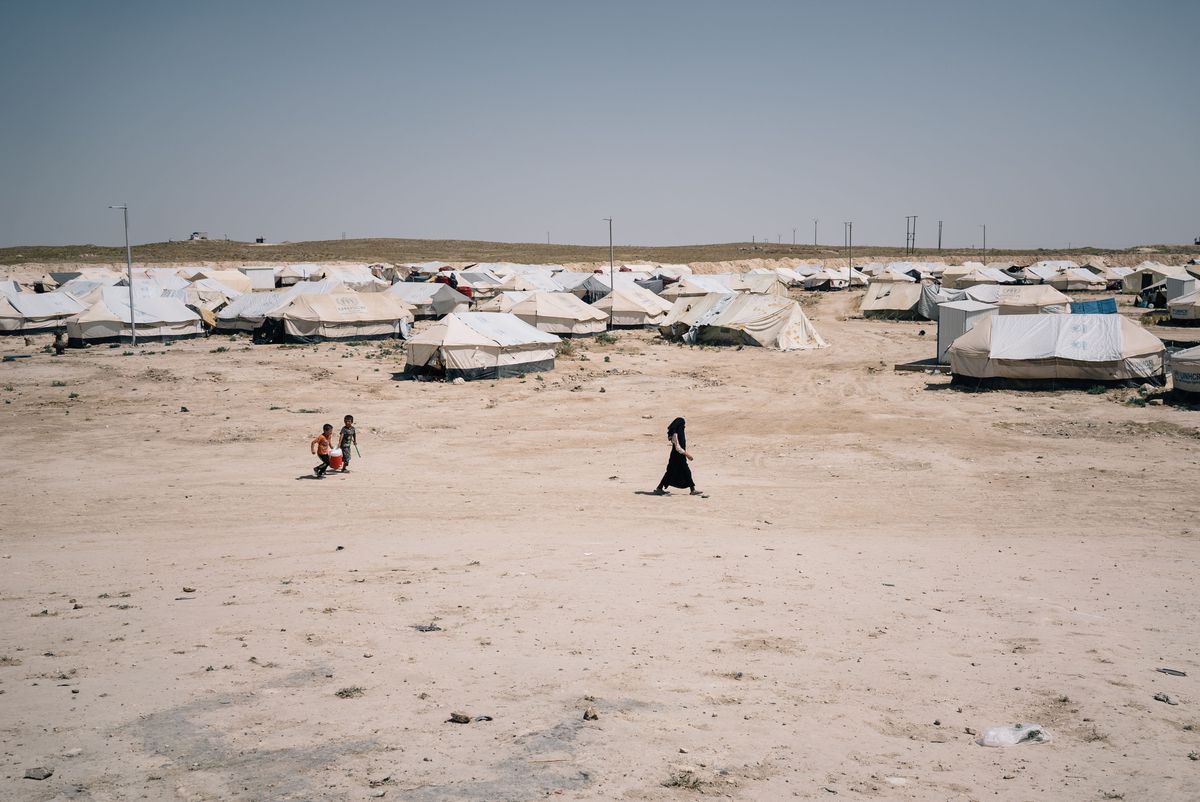 Children walk through the al-Hol camp in Syria. (Photo for The Washington Post by Alice Martins)

Children walk through the al-Hol camp in Syria. (Photo for The Washington Post by Alice Martins)

The U.S. military has no plans to intervene if Syrian Kurdish forces abandon a constellation of Islamic State prisons in Syria to confront a possible Turkish invasion, officials said Tuesday.

Kurdish officials said that guards were still in place at the more than 20 prisons and camps under their control but were prepared to move, raising the possibility that about 11,000 militants and their families could escape.

U.S. officials, speaking on the condition of anonymity to describe the evolving U.S. strategy in Syria, said the Pentagon did not have enough forces to oversee the prisons if those facilities were left unguarded, nor a mandate to do so.

The Trump administration has said the responsibility for the militants detained by the Kurdish-led Syrian Democratic Forces (SDF), the main U.S. partner against the Islamic State in Syria, would fall to the Turkish government if it goes ahead with the incursion.

The potential for a battle between two American allies in Syria has intensified the Trump administration's struggle to find a solution for the detainees and about 70,000 displaced women and children housed in separate camps, some of whom are militant supporters.

The White House highlighted the risks surrounding Islamic State detainees this week as President Donald Trump announced that a small contingent of U.S. forces positioned along Syria’s northern border would be relocated, a precautionary move ahead of the expected Turkish offensive. Turkey considers the Kurdish forces to be terrorists.

Cmdr. Sean Robertson, a Pentagon spokesman, reiterated the administration's warnings Tuesday, saying Turkey could be "responsible for freeing thousands of ISIS fighters" if it invaded.

The offensive has turned one of the Trump administration's biggest long-term challenges in Syria - the lack of an international consensus on what to do with the remnants of the Islamic State - into a near-term one.

For the past year, U.S. officials have been pushing other countries, with little success, to repatriate their citizens who were captured fighting for the Islamic State. In addition to fears about possible prison breaks, military commanders have said a new generation of extremists could emerge among the thousands of children being reared under bleak conditions at the camps.

Even before news emerged of an imminent Turkish offensive, a senior Pentagon official acknowledged the impasse the administration had reached.

"There does have to be a Plan B of what comes next," Mick Mulroy, deputy assistant secretary of defense for the Middle East, said last week during remarks at the Council on Foreign Relations. "I can't declare what that is today because, quite frankly, we haven't developed it entirely."

It's unclear whether the U.S. military would change course if the SDF's response to a large-scale operation were to result in a major prison break. Officials said at least some senior militants are now being held in Iraq, under more stable conditions.

Analysts have also questioned whether the SDF would follow through with its threat to withdraw guards at the prisons, if only because nearby Kurdish communities would be the first targets of any escaping militants.

The Kurds recognize that "the prisoners are their only bargaining chip for keeping the Americans there," said Amarnath Amarasingam, an assistant professor at Queen's University in Toronto who specializes in extremism and visited a camp for the relatives of militants last week.

SDF spokesman Kino Gabriel said many Kurdish fighters would feel compelled to protect their families if Turkey invaded northeast Syria, homes to most of the Kurdish population.

Even before this week's announcement, Kurdish officials said tensions in the detention facilities had increased since the release of an audio recording last month that purportedly featured Islamic State leader Abu Bakr al-Baghdadi urging fighters to carry out attacks and free detainees from prisons and camps in Iraq and Syria.

"The camps and detention facilities are a time bomb. We can guard them, but in areas where we have weak security it may become easier for Daesh to reorganize itself," Gabriel said, using the Arabic acronym for the Islamic State.

The militant detainees are being held in an assortment of overcrowded "pop-up" prisons, often schools or government offices without beds or mattresses.

Of the more than 11,000 prisoners, about 2,000 are from more than 40 countries, most of whom refuse to take them back. The remainder are Syrians and Iraqis.

The majority of the prisons are outside the border area where Turkey is expected to initially move its forces during an incursion. But Turkey might later push into areas where others are located.

Officials see a particular risk in the vast al-Hol detention camp, a dismal sprawl of tents near the Iraqi border that is home to an estimated 70,000 displaced women and children. The camp is surrounded by a flimsy fence and lacks even basic security precautions such as searchlights.

As conditions deteriorate and winter approaches, anger across the camp is growing with the Kurdish-majority guards. According to the International Rescue Committee, 339 children have died there since the start of the year, most of them under the age of 5.

The Washington Post’s Louisa Loveluck in Irbil, Iraq, and Souad Mekhennet and Ellen Nakashima in Washington contributed to this report.