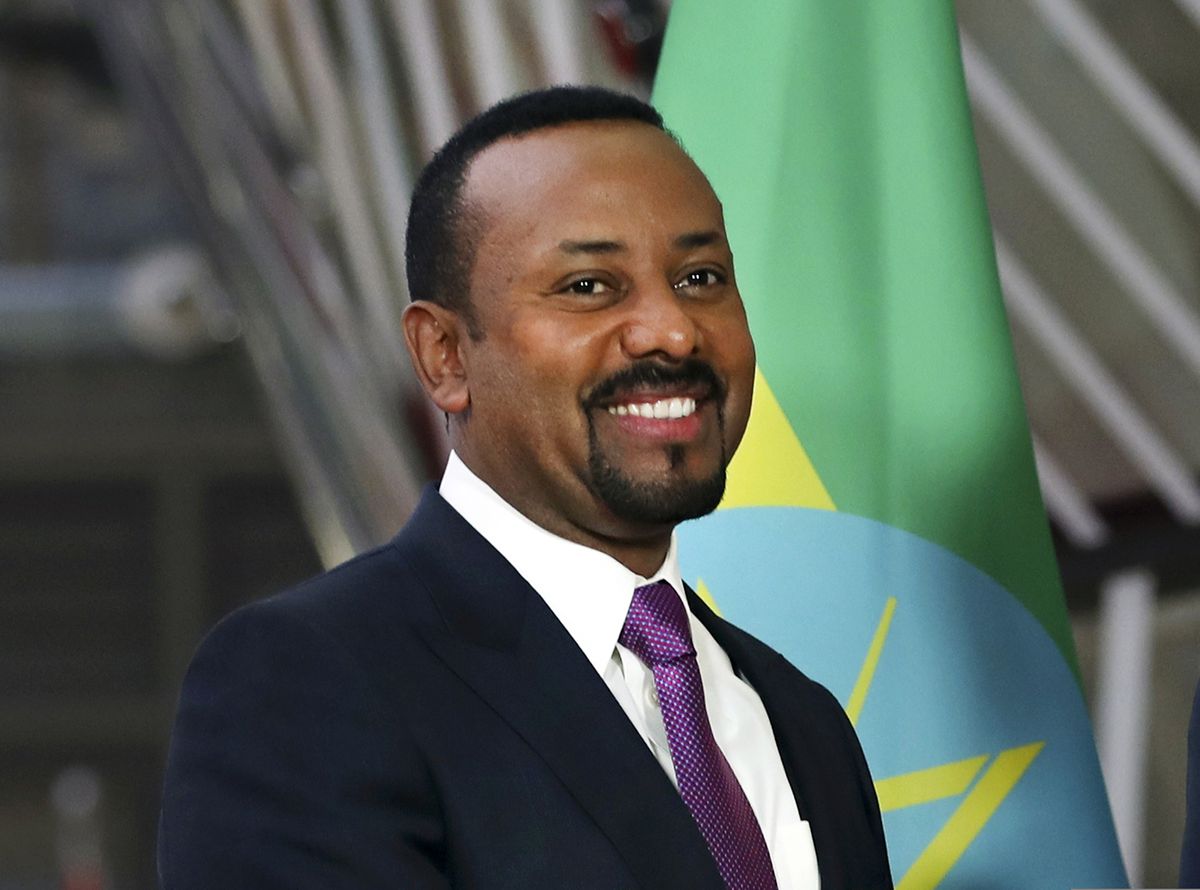 ADDIS ABABA, Ethiopia — The Nobel Peace Prize was awarded Friday to a dynamic young African leader whose sweeping reforms and surprising embrace of a bitter rival have been praised as an inspiration to the continent and a hopeful counterpoint to strongman movements far beyond it.

Now the task for Ethiopian Prime Minister Abiy Ahmed is reining in the ethnic violence that followed the loosening of repressive controls, and resisting any urge to crack down. "He deserves it and the new challenge is keeping it," one outspoken African activist, Nigerian Shehu Sani, said of the award.

Abiy, a favorite to win despite speculation about young climate activist Greta Thunberg, told the Nobel committee he was humbled and thrilled to receive its 100th peace prize, calling peace "a rare commodity in our region." He hoped the award would encourage other African leaders.

His countrymen, even some critics, celebrated. "'We are proud as a nation!!!" his office said.

The 43-year-old prime minister has embraced the concept of "medemer," a term in Ethiopia's Amharic language that means unity and inclusivity, and has lived it. The son of a Muslim and an Orthodox Christian, and of mixed ethnic heritage, he is a symbol of what he would like to achieve in a country of some 80 ethnicities and some 110 million people. That fractious mix could also bring him down.

"No doubt some people will think this year's prize is being awarded too early," the Nobel committee said. But "it is now that Abiy Ahmed's efforts deserve recognition and need encouragement."

Abiy seemed to come out of nowhere, taking office in early 2018 after widespread protests pressured Ethiopia's longtime ruling coalition and hurt one of the world's fastest growing economies. Within weeks, Africa's youngest leader shocked the long-turbulent Horn of Africa region by fully accepting a peace deal ending a 20-year border war with neighboring Eritrea that saw some 80,000 people killed.

Suddenly, one of the world's longest-running conflicts was ending.

The Nobel committee cited that peacemaking in awarding Abiy the prize and acknowledged that “peace does not arise from the actions of one party alone.” When Abiy “reached out his hand, President Afwerki grasped it.”

The government of Eritrea, still one of the world's most closed-off nations, did not immediately comment, and the country has shown no sign of following Ethiopia's reforms. The Nobel committee said it hoped the award would bring positive change for all in both countries. It also noted Abiy's other efforts toward reconciliation in the region — between Eritrea and Djibouti, between Kenya and Somalia, and in Sudan.

At home, Abiy has offered one surprise after another. He released tens of thousands of prisoners, welcomed home once-banned opposition groups and acknowledged past abuses. People expressed themselves freely on social media, and he announced that Ethiopia would hold free and fair elections in 2020. He named one of the world's few "gender-balanced" Cabinets and a female president, a rarity in Africa.

And for the first time Ethiopia has no journalists in prison, media groups noted last year. The progress has been "incredible," the United States said Friday.

But while Abiy became a global darling, troubles arose at home.

A grenade was thrown at him during an appearance in the capital last year, and weeks later a large group of soldiers confronted him in his office in what he called an attempt to derail his reforms. In a display of the brio that has won Abiy widespread admiration, the former military officer defused the situation by dropping to the floor and joining the troops in push-ups.

More troubling are Ethiopia's deadly ethnic tensions as people once stifled by repression now act on long-held grievances. Some 1,200 people have been killed and some 1.2 million displaced in the greatest challenge yet to Abiy's rule. Some observers warn that the unrest will grow ahead of next year's election.

Ethiopia's government also has begun reaching for some of the controls it had abandoned. Arbitrary arrests have been reported and internet shutdowns have returned, and the prime minister has defended them in the interest of calming unrest, saying internet service is "neither water nor air."

The Nobel committee acknowledged that "many challenges remain unresolved." And human rights and humanitarian groups moved quickly to urge Abiy to "continue to be brave," as the Norwegian Refugee Council said.

Despite the concerns, global praise poured in. "I have said often that winds of hope are blowing ever stronger across Africa. Prime Minister Abiy Ahmed is one of the main reasons why," United Nations Secretary-General Antonio Guterres said.

At home, some Ethiopians urged their fast-moving young leader to do even more. "This prize is the begging of him to do much better than now," said one resident of the capital, Abebe Arega.

So far this week, 11 Nobel laureates have been named. The others received their awards for their achievements in medicine, physics, chemistry and literature. The economics award is to be announced on Monday.

With the glory comes a 9-million kronor ($918,000) cash award, a gold medal and a diploma to be awarded at a ceremony in Oslo, Norway, on Dec. 10, the anniversary of Alfred Nobel’s death. Even though the peace prize is awarded in Norway, the amount is denominated in Swedish kronor.