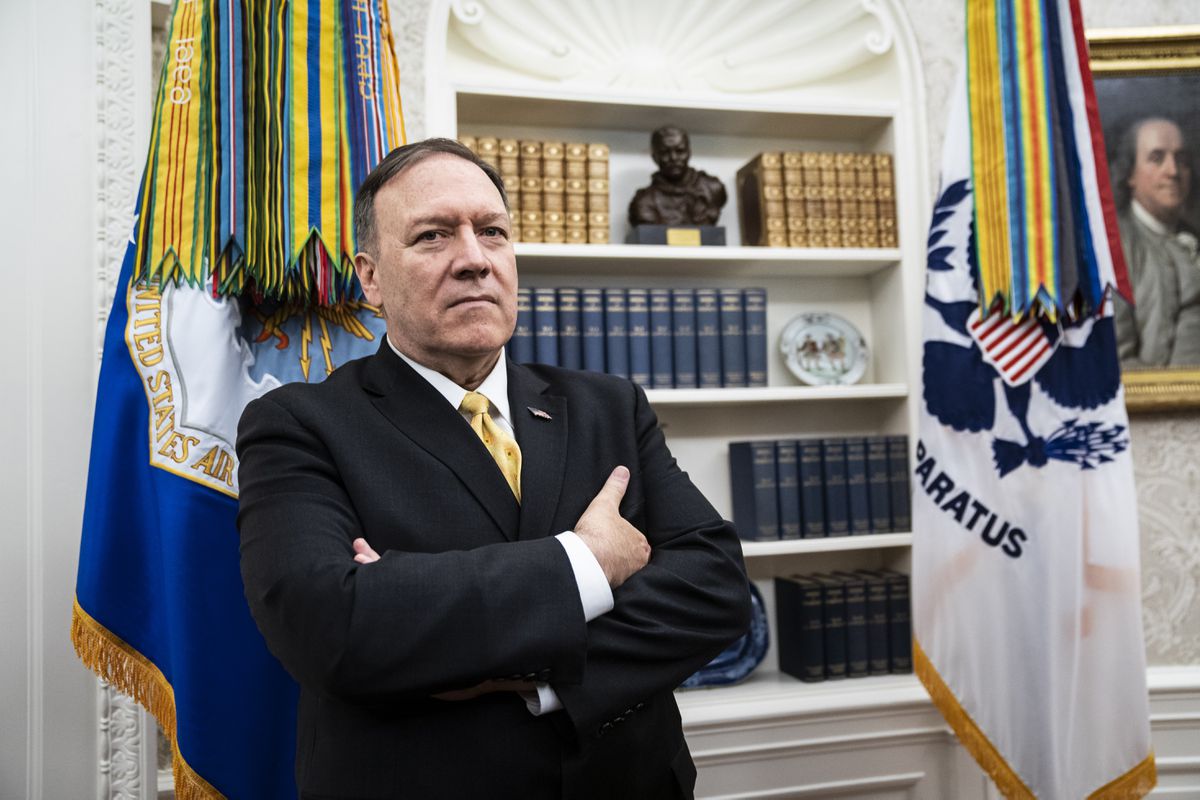 Secretary of State Mike Pompeo in the Oval Office at the White House on Sept 16. Washington Post photo by Jabin Botsford

Secretary of State Mike Pompeo in the Oval Office at the White House on Sept 16. Washington Post photo by Jabin Botsford

WASHINGTON - Michael McKinley, a career diplomat and senior adviser to Secretary of State Mike Pompeo, has resigned from his position amid rising dissatisfaction and plummeting morale inside the State Department over what is seen as Pompeo’s failure to support personnel ensnared in the Ukraine controversy.

A senior officer who has held a range of diplomatic posts, including ambassador to Afghanistan, Colombia and Peru, McKinley was serving as ambassador to Brazil last year when Pompeo recruited him as a policy adviser and a conduit between his office and the career service.

Pompeo was expected to issue a statement Friday announcing his departure.

Among the many issues on which he played a role, McKinley has been closely involved in administration policy on Venezuela, Mexico, Southeast Asia and Afghanistan, where last month President Donald Trump abruptly canceled U.S. peace negotiations with the Taliban that both sides had said were near an agreement.

A person familiar with the situation said McKinley felt that Pompeo had been a positive force when, compared with his predecessor Rex Tillerson, in terms of encouraging alternative views within the department, as well as lifting a Tillerson freeze on promotions and prohibitions against spouses working abroad.

Although he had no direct involvement with Ukraine, part of McKinley's job involved taking the temperature of the building for Pompeo. Like many others, he was disappointed in the secretary's lack of public support for diplomats who have been named in the Ukraine controversy and called to testify before House committees conducting the impeachment inquiry into the actions of Trump and his personal attorney Rudy Giuliani.

Concern has been especially high for Marie Yovanovitch, the then-U.S. ambassador to Ukraine whom Pompeo recalled from her post when a right-wing media campaign accused her of disloyalty. Yovanovitch had questioned Giuliani's efforts to press Ukraine to investigate Trump's political rivals.

Giuliani has said Trump ordered Pompeo to fire her. In his July telephone call with Ukrainian President Volodymyr Zelensky that is at the center of the impeachment investigation, Trump called Yovanovitch "bad," and said "she's going to go through some things."

Currently a fellow at Georgetown University on leave from the State Department, Yovonavitch is scheduled to give a deposition to investigating committees on Friday.