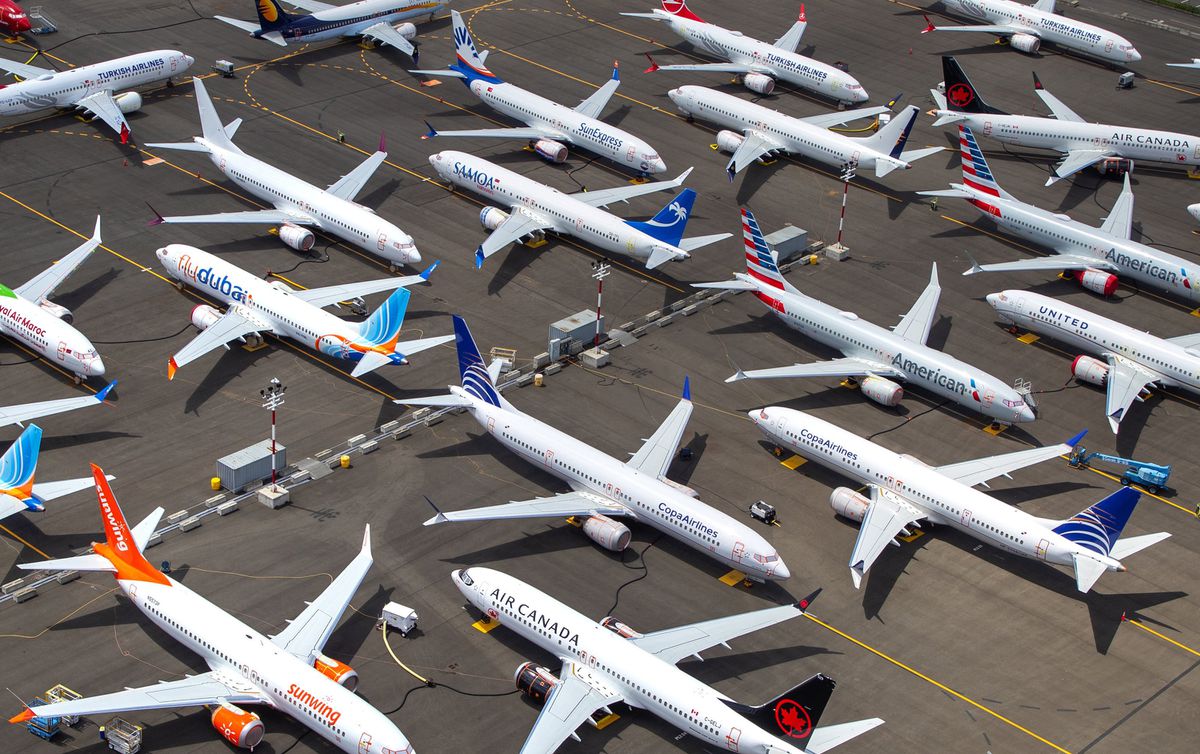 The two lead technical pilots on the Boeing 737 Max program exchanged bantering texts in 2016 revealing that the plane’s flight control system, which two years later went haywire on the two crash flights in Indonesia and Ethiopia, was behaving aggressively and strangely in their simulator sessions.

Boeing has known about these messages for many months. It provided the texts in February to the Department of Justice, which had opened a criminal investigation into the development of the 737 Max, according to a person familiar with the matter, speaking on condition of anonymity about confidential legal proceedings.

However, Boeing provided the messages only on Thursday to the chief attorney for the Department of Transportation, the federal agency that includes the Federal Aviation Administration (FAA), according to the person.

That delay prompted FAA Administrator Steve Dickson to write an angry letter to Boeing CEO Dennis Muilenburg Friday about the implications of the text messages.

In the exchange, one of the pilots states that he unknowingly lied to the FAA about the details of the system, known as Maneuvering Characteristics Augmentation System (MCAS).

“It’s running rampant in the sim on me,” 737 Chief Technical Pilot Mark Forkner wrote to Patrik Gustavsson, who would succeed him as chief technical pilot. “I’m levelling off at like 4000 ft, 230 knots and the plane is trimming itself like craxy. I’m like, WHAT?” (Spelling errors in the original.)

“Granted, I suck at flying, but even this was egregious,” Forkner added.

The exchange reveals that the aggressive behavior of MCAS was known even ahead of flight test and that these top Boeing pilots were not fully clued in as to the system’s power.

In a statement, the FAA said Boeing alerted the Department of Transportation to the existence of the text messages late on Thursday, stating that the company had discovered the document some months ago.

In his short but sharply worded letter, FAA Administrator Dickson told Muilenburg: “I expect your explanation immediately regarding the content of this document and Boeing’s delay in disclosing the document to the safety regulator.”

According to the person familiar with the matter, after Boeing had given the messages to the Department of Justice, the company then spent months trying without success to get Forkner or his attorney to discuss the meaning of the texts.

Boeing did not provide the messages to the FAA because the criminal investigation presumably involved dealings between Boeing and FAA over the certification of the jetliner, according to the person.

Boeing said Friday that Muilenburg called Dickson to respond to the concerns raised in his letter.

The pilot union at Boeing’s most important 737 customer, Southwest Airlines, also weighed in with heavy criticism.

In a statement, Captain Jon Weaks, president of the Southwest Airline Pilots Association (SWAPA), said, “This is more evidence that Boeing misled pilots, government regulators and other aviation experts about the safety of the 737 Max. It is clear that the company’s negligence and fraud put the flying public at risk.”

In the text exchange, Forkner tells Gustavsson that MCAS is now active down to Mach 0.2 — meaning at low speed, not just in the high speed maneuver for which it was originally designed. He adds that it will now be necessary to update the description of the system, presumably referring to material Boeing provides the FAA.

“So I basically lied to the regulators (unknowingly),” he texted.

The Seattle Times reported in March that the FAA was not made fully aware of a major design change to the MCAS system when Boeing expanded it to cover certain low-speed flight situations. It further reported that this change was not updated in the System Safety Assessment that Boeing submitted to the FAA during certification of the Max.

What’s now apparent from this 2016 exchange is that Boeing’s chief technical pilot on the Max program was equally in the dark, discovering this change in the system’s behavior only when it initiated nose-down movements in the simulator when he wasn’t expecting it.

“Why are we just now hearing about this?” Forkner asks.

Gustavsson responds: “The test pilots have kept us out of the loop.” He then adds that “It’s really only christine that is trying to work with us, but she has been too busy.” This appears to be a reference to Christine Walsh, who was engineering test pilot on the Max program.

Forkner concurs about the test pilots: “They’re all so damn busy, and getting pressure from the program.”

On Friday, Forkner’s lawyer David Gerger defended his client in an email to the Seattle Times:

“If you read the whole chat, it is obvious that there was no ‘lie’ and the simulator program was not operating properly,” Gerger wrote. “Based on what he was told, Mark thought the plane was safe, and the simulator would be fixed.”

However, this is not obvious in the loose and perhaps boozy text exchange, in which Forkner remarks negatively on his own flying ability and on the conditions of his job at Boeing.

At the beginning of the exchange, Forkner says “I’m locked in my hotel room with an ice cold grey goose, I’ll probably fire off a few dozen inappropriate emails before I call it a night.”

“This job is insane,” he adds, prompting Gustavsson to ask if his day was just “the normal chaos.”

The document provided by Boeing to government officials shows Forkner saved the text exchange in an email to himself at almost 3:00 a.m. on November 16, 2016. The texts were sent early in the evening.

Boeing CEO Muilenburg is scheduled to testify before DeFazio’s House Committee on Oct. 30, and it’s clear he’ll be closely questioned about the revelations from Forkner and Gustavsson.

Publication of the text messages, and the resulting storm of criticism, is bound to increase pressure on Muilenburg, just a week after the Boeing board stripped him of his role as company chairman.

In his statement Friday, DeFazio emphasized that the messaging between the pilots raises broad and serious questions about the culture inside Boeing.

“This exchange is shocking, but disturbingly consistent with what we’ve seen so far in our ongoing investigation of the 737 Max, especially with regard to production pressures and a lack of candor with regulators and customers,” DeFazio said. “This is not about one employee; this is about a failure of a safety culture at Boeing in which undue pressure is placed on employees to meet deadlines and ensure profitability at the expense of safety.”

Boeing said in a statement Friday that it has been voluntarily cooperating with DeFazio’s committee, though conceding that it had told the committee of the exchange only on Friday.

“We will continue to cooperate with the Committee, and all other authorities, as they move forward with their investigations,” Boeing said.