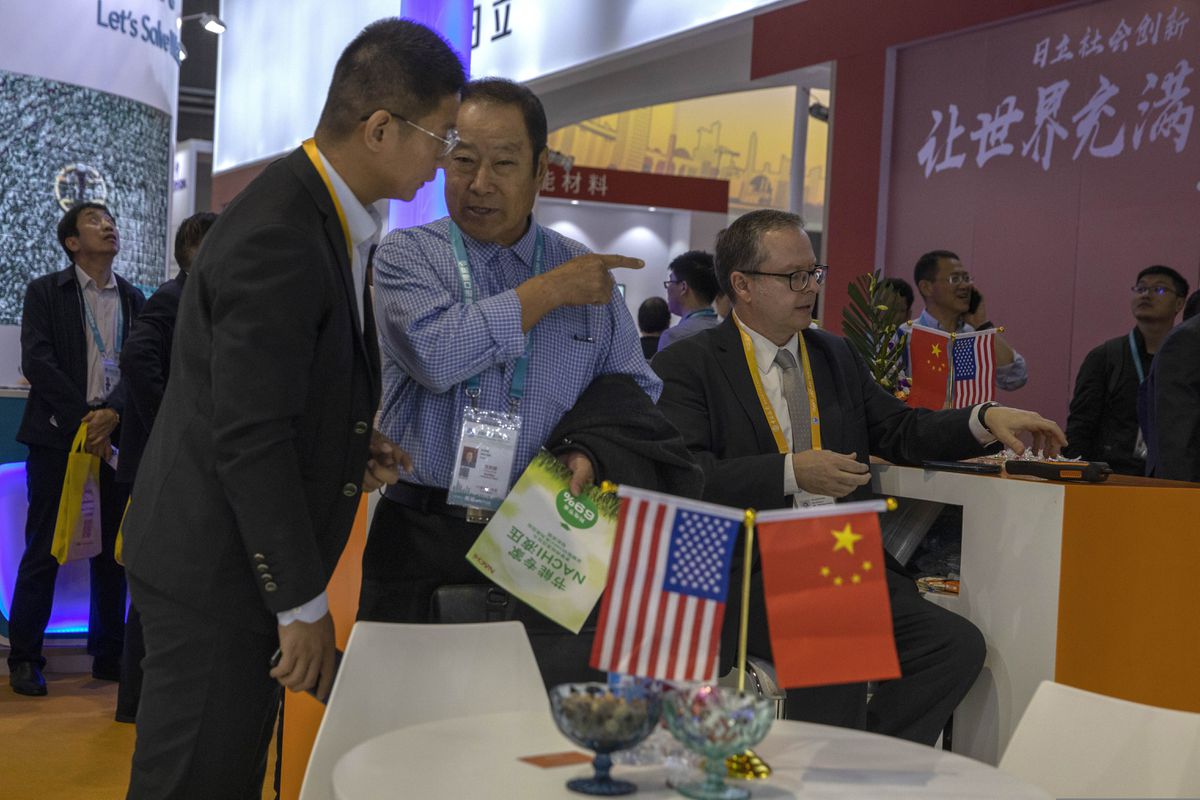 Negotiators are making progress toward finalizing a partial trade deal between the United States and China, but they still must resolve several core issues, according to people familiar with the talks.

Nearly four weeks after President Donald Trump said the two sides had reached an "agreement in principle," the White House and China continue to haggle over terms. These include the extent to which the U.S. will roll back tariffs on Chinese imports as well as specific Chinese pledges to protect the intellectual property and trade secrets of U.S. companies.

Some other provisions are largely complete, including ones that govern currency moves and the opening of China's financial services market to foreign companies.

"Our understanding is the two sides are very close to an agreement," said Myron Brilliant, executive vice president for the U.S. Chamber of Commerce. "The timing is still to be determined."

Hopes for a mid-November signing, however, have been dashed and officials from the two countries are considering alternative options for a signing next month, if the deal is complete by then.

With the president scheduled to attend a North Atlantic Treaty Organization (NATO) summit Dec. 3-4 in London, a European venue might make sense. Trump said Nov. 3 that the signing would take place in the U.S., but Chinese officials have not agreed to that.

As the talks intensify, Chinese officials are pushing for additional administration concessions. The president last month called off a planned increase in U.S. tariffs on $250 billion in Chinese goods after negotiators sketched the outlines of a so-called phase one deal.

Trump is believed likely to abandon plans to impose import levies starting December 15 on an additional $160 billion in products, including many popular consumer items such as smartphones and laptop computers.

Chinese officials also want the U.S. to eliminate the 15 percent tariff that Trump imposed Sept. 1 on about $112 billion in imports. In return, the U.S. wants China to agree to more extensive intellectual property safeguards, according to two people familiar with the bargaining.

"That decision is wholly and exclusively in the president's hands," said one person who had been briefed on the talks and requested anonymity to describe the confidential discussions.

China's Commerce Ministry said Thursday that U.S. and Chinese negotiators had in principle to roll back tariffs in simultaneous stages if their trade talks advance.

"If the two parties reach the first-phase agreement, they should, in accordance with the contents of the agreement, simultaneously and proportionally cancel the tariffs that were already raised," Gao said. "This is an important condition for reaching an agreement."

Robert Lighthizer, the president's chief trade representative, has been seeking Chinese agreement to an enforcement mechanism that would condition tariff reductions on Chinese implementation of the agreement. Tariffs would fall - or rise - depending upon whether Beijing complied with specific terms, one person familiar with the talks said.

"China's put a bit of a spin on it," the person said of the Commerce Ministry statement.

Tariff reductions in the preliminary deal could amount to a bargaining win for Beijing. China has long said that the United States must roll back levies as a condition of a trade deal and has sought a tariff reduction as part of any first step.

"China's position has been consistent and clear: The trade war was started by raising tariffs, and so it should be ended by canceling them," Gao told reporters in Beijing.

Earlier Thursday, China publicized in unusual fashion the sentencing of nine people convicted of trafficking fentanyl to the United States. Trump long has lambasted China for not doing enough to crack down on production of the deadly opioid and suggested that Chinese progress in stemming the flow would be part of what he sought in a broad trade deal.

China has downplayed its role in the U.S. opioid epidemic and denied that trade concerns motivated its drug-enforcement actions.

Renewed prospects for a deal come as the trade war's toll is mounting. Tariff hikes are costing the economy 40,000 jobs per month, according to a rough estimate by the Federal Reserve Bank of Atlanta.

In a Fed survey, 20 percent of manufacturers said they had postponed or reduced planned capital investment in the first half of 2019.

The trade war cost the U.S. economy $40 billion in total business investment during that period, double the figure for the last six months of 2018, the bank said.

"The negative effects of trade policy developments on U.S. business activity have grown over time, particularly for firms with an international reach," the regional Fed bank said.

After absorbing weeks of rumors about the talks, investors took Thursday's news in stride. The Dow Jones Industrial Average rose less 1 percent or about 235 points in midday trading.

The trade talks have missed multiple deadlines since Trump and Xi launched them 11 months ago over a steak dinner in Buenos Aires. So while the Commerce Ministry statement lifted hopes that a partial deal may finally be coming into sight, some observers counseled caution.

“What is actually in the agreement is still not clear,” one said. “It is clear that they’re close.”