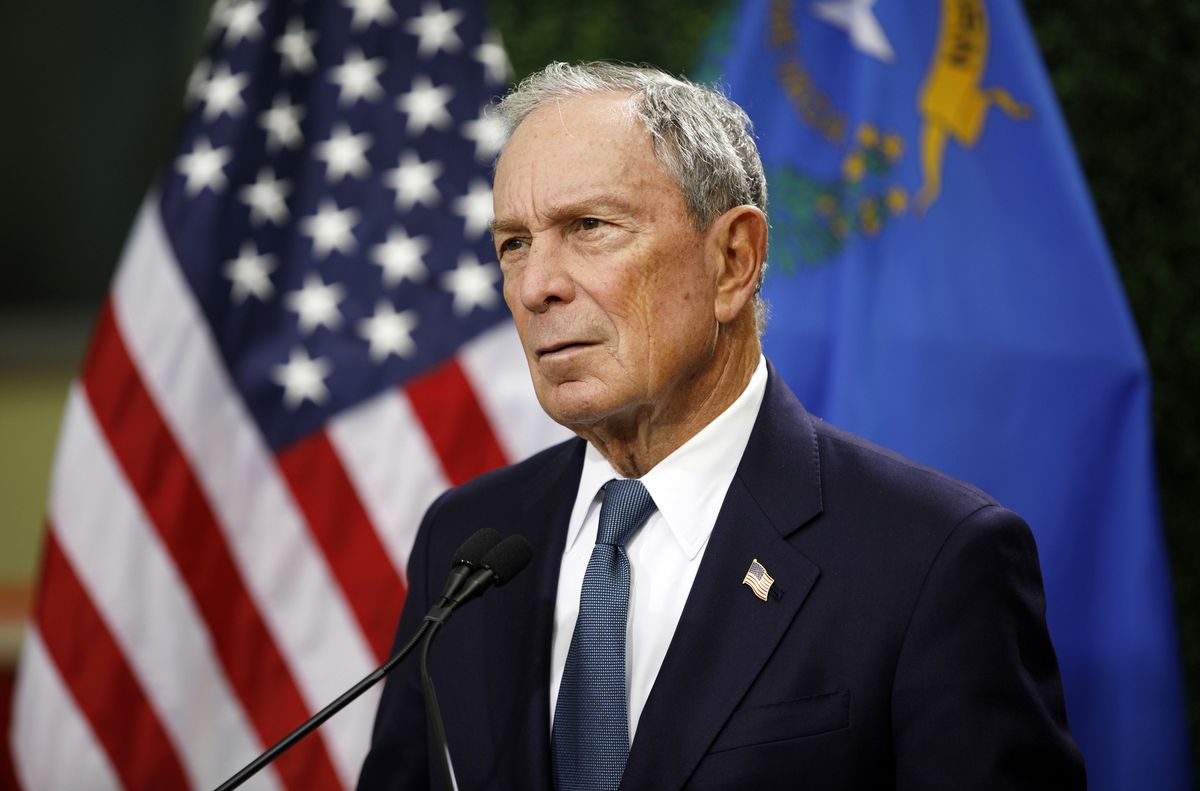 WASHINGTON — Michael Bloomberg, the billionaire former mayor of New York City, is opening the door to a 2020 Democratic presidential campaign, warning that the current field of candidates is ill equipped to defeat President Donald Trump.

Bloomberg, who initially ruled out a 2020 run, has not made a final decision on whether to jump into the race. If he were to launch a campaign, it could dramatically reshape the Democratic contest less than three months before primary voting begins.

The 77-year-old has spent the past few weeks talking with prominent Democrats about the state of the 2020 field, expressing concerns about the steadiness of former Vice President Joe Biden's campaign and the rise of liberal Sen. Massachusetts Elizabeth Warren, according to people with knowledge of those discussions. In recent days, he took steps to keep his options open, including moving to get on the primary ballot in Alabama ahead of the state's Friday filing deadline.

In a statement on Thursday, Bloomberg adviser Howard Wolfson said the former mayor believes Trump "represents an unprecedented threat to our nation" and must be defeated.

"But Mike is increasingly concerned that the current field of candidates is not well positioned to do that," Wolfson said.

Bloomberg's moves come as the Democratic race enters a crucial phase. Biden's front-runner status has been vigorously challenged by Warren and Vermont Sen. Bernie Sanders, who are flush with cash from small-dollar donors. But both are viewed by some Democrats as too liberal to win in a general election faceoff with Trump.

Despite a historically large field, some Democrats anxious about defeating Trump have been looking for other options. Former Attorney General Eric Holder and former Massachusetts Gov. Deval Patrick have quietly had conversations with supporters urging them to consider a run, but neither appears likely to get in the race.

Bloomberg, a Republican-turned-independent who registered as a Democrat last year, has flirted with a presidential run before but ultimately backed down, including in 2016. He endorsed Hillary Clinton in that race and, in a speech at the Democratic Party convention, pummeled Trump as a con who has oversold his business successes.

Bloomberg plunged his efforts — and his money — into gun control advocacy and climate change initiatives. He again looked seriously at a presidential bid earlier this year, traveling to early voting states and conducting extensive polling, but decided not to run in part because of Biden's perceived strength.

With immense personal wealth, Bloomberg could quickly build out a robust campaign operation across the country. Still, his advisers acknowledge that his late entry to the race could make competing in states like Iowa and New Hampshire, which have been blanketed by candidates for nearly a year, difficult. Instead, they previewed a strategy that would focus more heavily on the March 3 "Super Tuesday" contests, including in delegate-rich California.

Some Democrats were skeptical there would be a groundswell of interest in the former New York mayor.

"There are smart and influential people in the Democratic Party who think a candidate like Bloomberg is needed," said Jennifer Palmieri, who advised Clinton's 2016 campaign. "But there is zero evidence that rank-and-file voters in the early states of Iowa and New Hampshire feel the same."

Still, others credited Bloomberg with taking on "some of America's biggest challenges" and finding success.

"While this is not an endorsement, Michael Bloomberg is a friend and I admire his track record as a successful business leader and Mayor who finds practical solutions to some of America's biggest challenges, from creating good jobs to addressing the opioid crisis and fighting for common-sense gun safety," said Rhode Island Gov. Gina Raimondo, a Democrat.

Bloomberg would pose an immediate ideological challenge to Biden, who is running as a moderate and hopes to appeal to independents and Republicans who have soured on Trump. But the billionaire media mogul with deep Wall Street ties could also energize supporters of Warren and Sanders, who have railed against income inequality and have vowed to ratchet up taxes on the wealthiest Americans.

"He's a literal billionaire entering the race to keep the progressives from winning," said Rebecca Katz, a New York-based liberal Democratic strategist. "He is the foil."

Warren on Thursday tweeted: "Welcome to the race, @MikeBloomberg!" and linked to her campaign website, saying he would find there "policy plans that will make a huge difference for working people and which are very popular."

Bloomberg would face other challenges as well, particularly scrutiny of his three terms as mayor. He has defended the New York Police Department's use of the controversial stop-and-frisk policy that has been criticized as targeting African Americans and Hispanics. Black voters in particular are one of the most powerful constituencies in Democratic politics.

Bloomberg will have to move quickly in the coming days and weeks to get on the ballot in many of the primary states, including Alabama. New Hampshire's filing deadline is Nov. 15.

In Arkansas, another Super Tuesday state, a Democratic Party spokesman said a person representing a "mystery candidate" reached out Thursday afternoon asking about the requirements to join the ballot. Reed Brewer, communications director for the Arkansas Democrats, said he walked the individual through the process — which simply requires filing documentation with both the state party and secretary of state, as well as paying a $2,500 fee — and was assured that the fee would be "no problem" for the mystery candidate.

There is no filing requirement for a candidate to run in the Iowa caucuses, which are a series of Democratic Party meetings, not state-run elections. It means a candidate can enter the race for the Feb. 3 leadoff contest at any time.