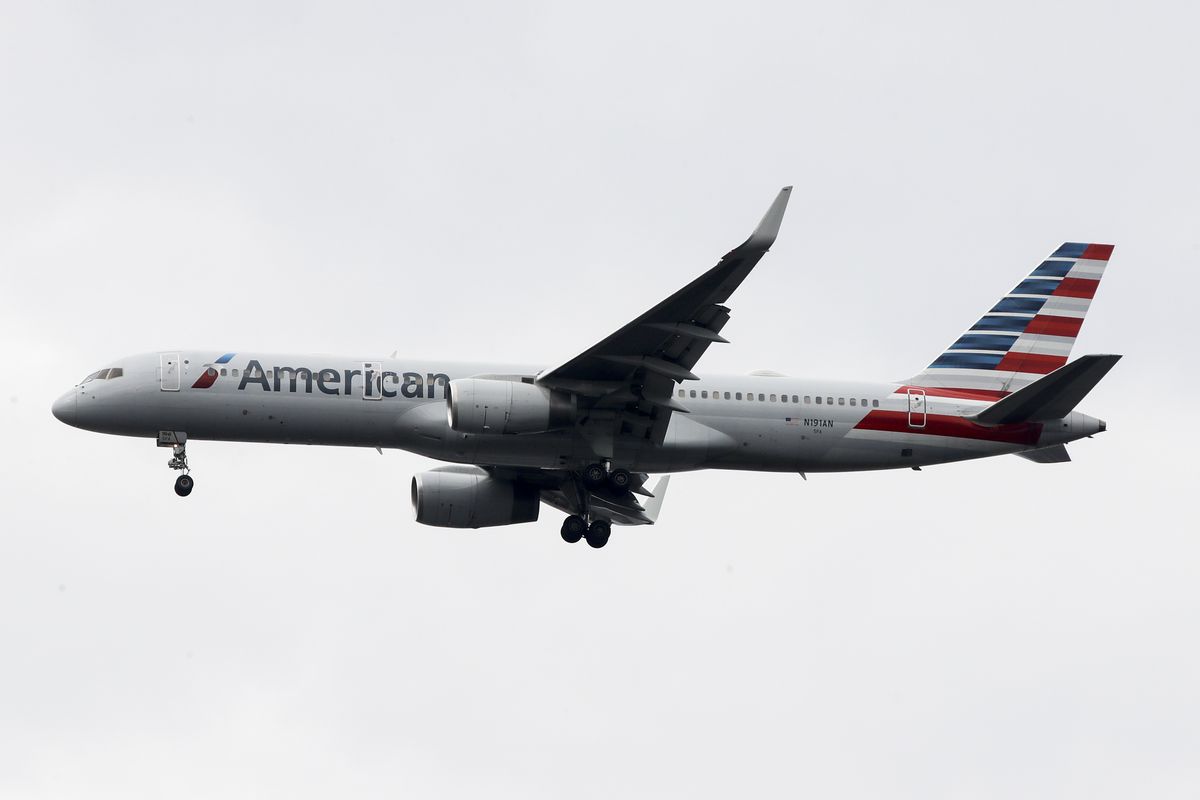 The man seated next to her started by touching the woman’s arm not long after takeoff, a criminal complaint says. She pushed him away.

Then the woman's fellow passenger on American Airlines flight 807 grabbed her "by the crotch" as she sat with her daughter, the complaint says she told crew members. "Sorry," the man reportedly said, throwing up his hands when the woman pushed him off again and told him to stop.

James Clayton Cholewinski-Boy, 32, now faces a charge of abusive sexual conduct for the alleged groping that led a plane headed for Salt Lake City to divert to Oklahoma last week.

The FBI has sought to raise awareness about sexual assault on flights, warning the public of "a serious federal crime that is on the rise." Passenger reports of on-flight sexual assault increased from 38 in 2014 to 63 in 2017, according to the agency, and authorities have said they believe many crimes go unreported.

It wasn't immediately clear if Cholewinski-Boy has a lawyer. The Washington Post was unable to reach him Saturday.

An FBI agent said flight crews moved the woman and her daughter to another part of the plane after they learned of Cholewinski-Boy's alleged actions. In a statement, American Airlines thanked its employees for "immediately" separating the passengers.

"The quick actions of our crew ensured the safety and well-being of our customers on the flight," the company said.

The plane, which left Tuesday from Charlotte, North Carolina, landed at Tulsa International Airport so that Cholewinski-Boy could be removed, according to the criminal complaint.

Cholewinski-Boy was quickly arrested in Tulsa for public intoxication, an FBI agent states in the court filing. He was released a day later, the Tulsa Municipal Jail told CNN. Then, on Friday, he was charged by federal prosecutors in the Northern District of Oklahoma.

“Unfortunately, people don’t think things like this happen on airplanes,” said Caryn Highley, a special agent in the FBI’s Seattle Division, said in a news release from the agency last year. “There is a perception on an airplane that you’re in a bubble of safety.”