‘We failed’: Seattle Children’s Hospital CEO admits 6 deaths and more illnesses were due to mold 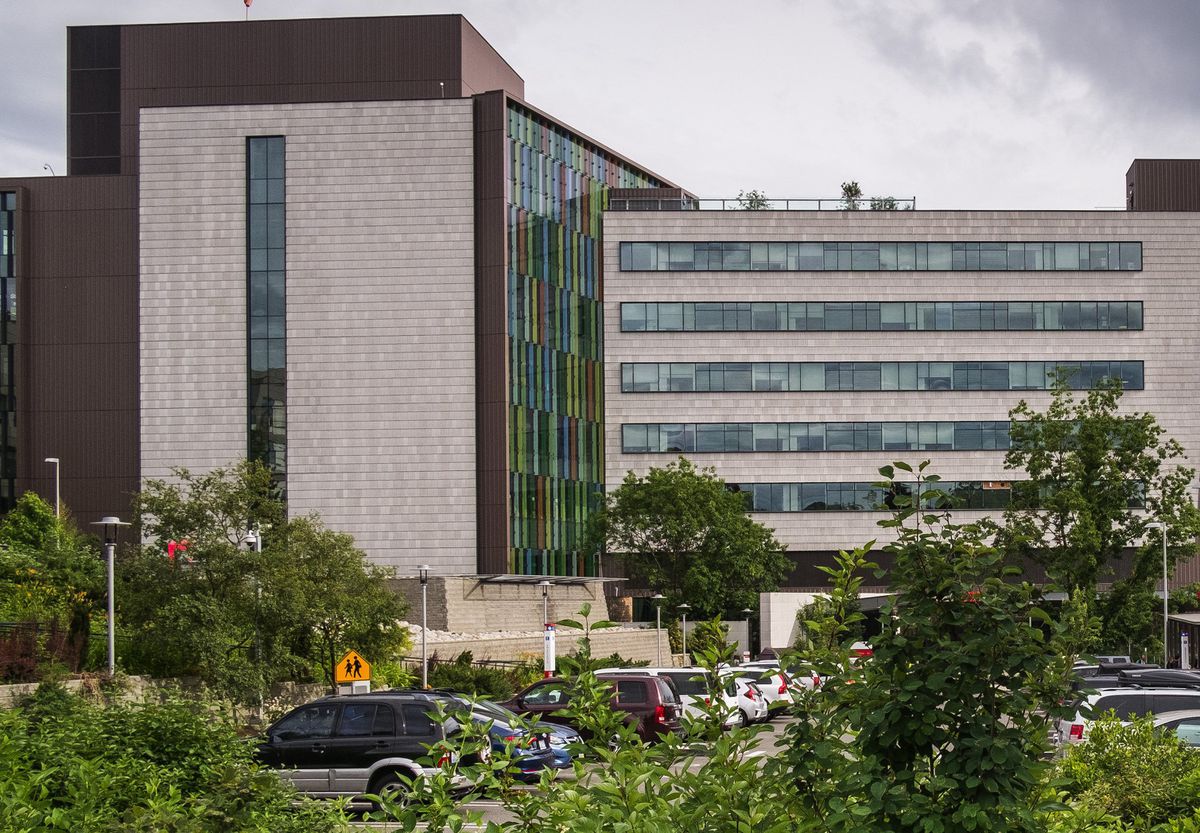 One patient has died and five others have been infected by mold, which has forced Seattle Children's hospital to indefinitely close all of its main operating rooms. (Dean Rutz/The Seattle Times/TNS)

One patient has died and five others have been infected by mold, which has forced Seattle Children's hospital to indefinitely close all of its main operating rooms. (Dean Rutz/The Seattle Times/TNS)

Fourteen surgical patients have been sickened by Aspergillus mold and six have died since 2001 at Seattle Children’s hospital, which has been struggling with mold again this year, the hospital announced Monday.

In a news conference on Monday, hospital CEO Dr. Jeff Sperring said it was believed that seven illnesses and five deaths between 2001 and 2014 were isolated incidents.

But with seven more infections and one death connected to Aspergillus mold at Children's in the past two years, hospital officials now believe those earlier infections were caused by the air-handling system that serves the operating rooms, Sperring said.

"Looking back, we should have made the connection sooner," Sperring said. "Simply put, we failed. As CEO I hold myself and Children's to a higher standard."

On Nov. 10, Children's closed three of its 14 operating rooms after testing found Aspergillus. The hospital confirmed two days later that a surgical patient became ill and a second patient is being monitored for a possible infection from the mold. The remaining operating rooms were closed Nov. 13 so the rooms could be sanitized and the air-handling system that serves the rooms could be inspected.

It was the second such closure this year at Children's. An air-handling unit was also blamed after Aspergillus mold was found in Children's operating rooms earlier this year. That air-handler was shut down and another air-handler was cleaned and used. A new air-handler that was ordered in May arrives this week and a second system has been ordered, Sperring said.

A new filtration system has already been installed in three operating rooms and will be extended to all rooms, Sperring said.

Operating rooms could be open again by January once the new filtration and air systems are installed.

Aspergillus is a common mold, found outdoors and indoors, that people breathe in daily without getting sick, according to the Centers for Disease Control and Prevention. People with lung disease or weakened immune systems -- and especially organ- or stem-cell-transplant patients -- are at higher risk of developing aspergillosis, which can range from mild to serious, manifesting as an allergic reaction or as infections in the lungs and other organs.

Operating rooms and affiliated areas have been tested for mold spores at least once a week since July 4, when they were reopened following the earlier infections, according to the hospital. Testing will bump up to daily after the inspection and cleaning of the air-handling unit.

About 3,000 patients have had surgery since the operating rooms reopened on July 4.

Hospital officials attributed the recurrence of Aspergillus in May of this year to a gap in the array of small air filters in an air-handling unit that has since been shut down. Children's closed all of its operating rooms later that month, reopening them July 4.

State inspectors visited Children's on May 30 and issued the hospital a statement of deficiencies based on that visit. Children's released a plan June 27 to correct those deficiencies. The state did a surprise inspection Aug. 7 and signed off on Children's plans to fix its problems.

Children's was sued in late October by the parents of a teenage boy. According to the lawsuit filed Oct. 25 in King County Superior Court, the teen contracted meningitis in March 2018 from the Aspergillus mold that has repeatedly been found in the hospital's operating rooms. The Seattle Times has not named the plaintiffs -- the boy's parents -- to protect his privacy.

“We’ve been working to make our operating rooms safe to prevent Aspergillus infections,” Sperring said. “To date, we have not been successful.”