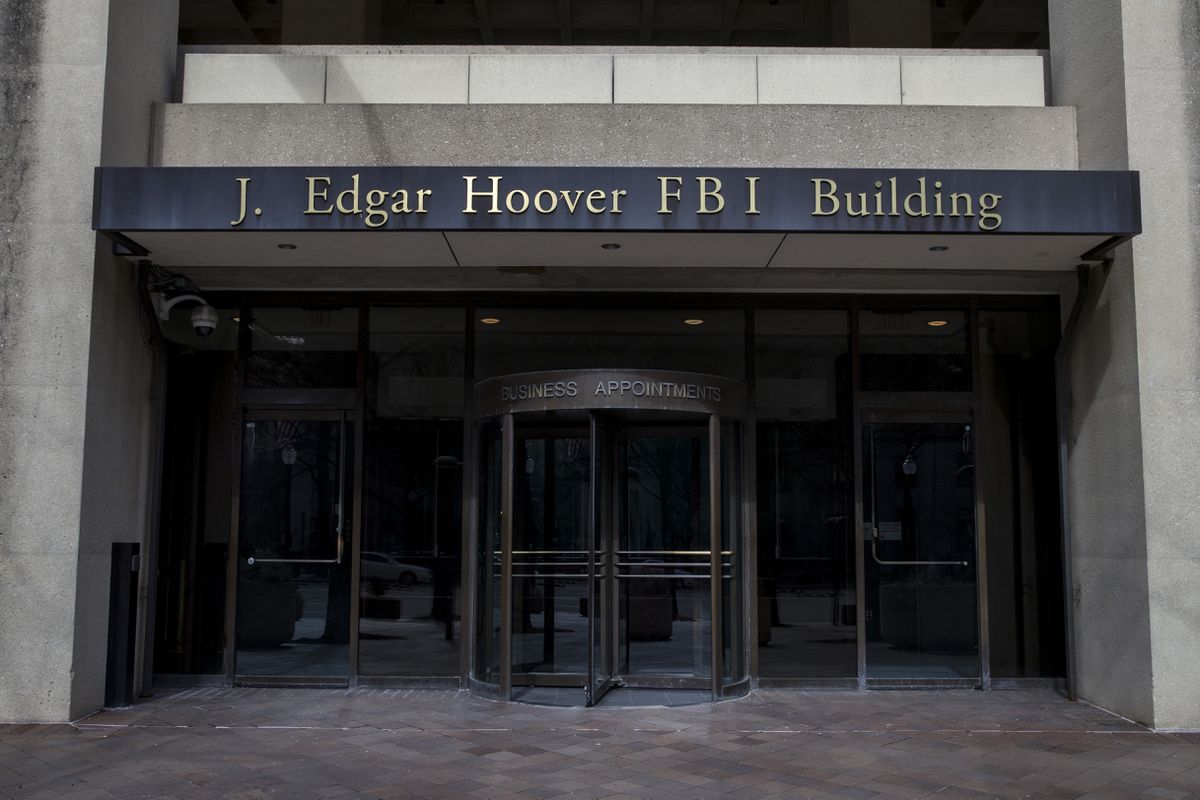 WASHINGTON - The Justice Department's internal watchdog is expected to find in a forthcoming report that political bias did not taint top officials running the FBI investigation into possible coordination between Russia and the Trump campaign in 2016, while at the same time criticizing the bureau for systemic failures in its handling of surveillance applications, according to two U.S. officials.

The report due out Dec. 9 from Inspector General Michael Horowitz will allege that a low-level FBI lawyer inappropriately altered a document that was used as part of a controversial application for electronic surveillance of a former Trump campaign adviser, the officials said. The inspector general referred that finding to U.S. Attorney John Durham, so that he may investigate it as a possible crime, they said.

But Horowitz will conclude that the application still had a proper legal and factual basis, according to the officials, who like others spoke on the condition of anonymity to discuss the sensitive report.

In broad terms, the report refutes accusations of a political conspiracy by senior law enforcement officials against the Trump campaign to favor Democrat Hillary Clinton, while also knocking the bureau for procedural shortcomings, said the officials. On balance, they said, it provides a mixed assessment of the bureau and department's undertaking of a probe that became highly politicized and divided the nation.

"You can see how the warring factions will seize on the various parts of this to advance their respective narratives," said a person familiar with the inspector general investigation.

The Russia investigation turned up evidence that Moscow interfered in the 2016 election in "sweeping and systematic fashion." It was ultimately taken over by special counsel Robert Mueller, who racked up criminal charges against 34 people, including 26 Russian nationals, and secured guilty pleas from seven - including some of the highest-ranking officials in Trump's campaign.

Mueller ultimately found insufficient evidence to conclude that Trump or any of his associates conspired with the Russians, though his report alleged the campaign was eager for such assistance and outlined episodes in which the president himself might have obstructed justice. The president is now the focus of an even more politically perilous investigation.

This time it's an impeachment inquiry into whether he abused his office by pressing the president of Russia's neighbor, Ukraine, to launch an investigation that would hurt a political rival in 2020. Swept up in that inquiry is the president's apparent belief that Ukraine - not Russia - was behind the 2016 election interference.

Horowitz's several-hundred page report will land amid the frenzy of the impeachment inquiry, and Republicans, analysts say, likely will seek to use it to frame the Justice Department and FBI as tainted by political bias in 2016.

The inspector general began his work in March 2018, focusing on the application for a surveillance order on former Trump campaign foreign policy aide Carter Page. Horowitz wanted to determine whether the application and renewal requests complied with the law and FBI and Justice Department policies. Such requests are made through the department to a federal Foreign Intelligence Surveillance Court that meets in secret to vet such requests.

As part of his review, Horowitz also scrutinized material used in the application provided by a former British spy, Christopher Steele, an FBI informant who compiled a now-infamous series of memos that included dubious and sensational allegations of Trump hiring the services of call girls in Moscow. Steele was hired by an opposition research firm working for Clinton's campaign to investigate Trump, leading Republicans to accuse the FBI of bias for relying even if only in part on the "Steele Dossier" for its surveillance application on Page.

In May, 2018, after press reports that a retired American professor who was a longtime U.S. intelligence source had approached Page and another campaign adviser, George Papadopoulos, to aid the Russia investigation, Trump demanded on Twitter that the Department of Justice "look into whether or not the FBI/DOJ infiltrated or surveilled the Trump Campaign for Political Purposes."

The department quickly announced that Horowitz's investigation would expand to assess whether the FBI showed any political motivation in its counterintelligence probe of Trump associates suspected of involvement with Russian agents during the 2016 presidential election. That included a look at whether the FBI acted appropriately in opening an investigation, code-named Crossfire Hurricane, in late July that year of Papadopoulos and whether Russian agents were seeking to use him as a conduit to the Trump campaign.

"If anyone did infiltrate or surveil participants in a presidential campaign for inappropriate purposes, we need to know about it and take appropriate action," then-Deputy Attorney General Rod Rosenstein said in a statement in May 2018.

The inspector general report, the officials said, is divided into three parts. One focuses on the opening of the Crossfire Hurricane probe of Papadopoulos. Another reviews the surveillance order on Page. A third assesses the bureau's handling of Steele and his information.

According to the two officials, Horowitz is expected to conclude that opening of Crossfire Hurricane was legally and factually justified. His report will not provide fodder for several conservative conspiracy theories surrounding the case - particularly the notion that Papadopoulos was set up as part of a nefarious western intelligence operation.

Inspector general investigators scrutinized that allegation aggressively, looking particularly at the record on Joseph Mifsud, a Maltese professor who was critical to the opening of the case. Mifsud boasted to Papadopoulos about having "dirt" on Clinton in the form of "thousands of emails" - before Russia's hacking of Democrats was publicly known. When the FBI learned of that conversation some months later, it felt it had to open an investigation.

The investigation regarding the 2016 campaign "fundamentally was not about Donald Trump but was about Russia - full stop," former FBI General Counsel James Baker said at a Brookings Institution event in May. "It was always about Russia. It was about what Russia was, and is, doing and planning. "

Justice Department and FBI officials have long defended their decision to initiate the investigation. Rosenstein said in remarks which he posted online earlier this year that, "Based on what I knew in May 2017, the investigation of Russian election interference was justified."

The inspector general also is expected to find that the application and subsequent renewals to monitor Page's communications was proper and observed relevant guidelines, the officials said.

But there was an issue with a low-level FBI lawyer who altered an email to the Justice Department as part of the process for renewing the FISA warrant, which expires after 90 days. One of the attorneys in the National Security Division, which handles wiretap applications under the Foreign Intelligence Surveillance Act (FISA), asked the lawyer if he could document a certain claim, the officials said. He misled them when he said he could and, to cover his tracks, he altered the email, the officials said. The serious error in judgment led to his removal from the bureau, and his case has been referred for criminal investigation, officials said.

There are other individuals whose conduct is criticized, including a low-level agent, but the lawyer's case is the most significant, they said.

Nonetheless, in looking closely at the Page surveillance application, the inspector general has identified a number of problems in the bureau's process for handling FISA applications, including in how it forwards material to the National Security Division for review, the officials said.

Horowitz will recommend reforms, such as strengthening the internal oversight process.