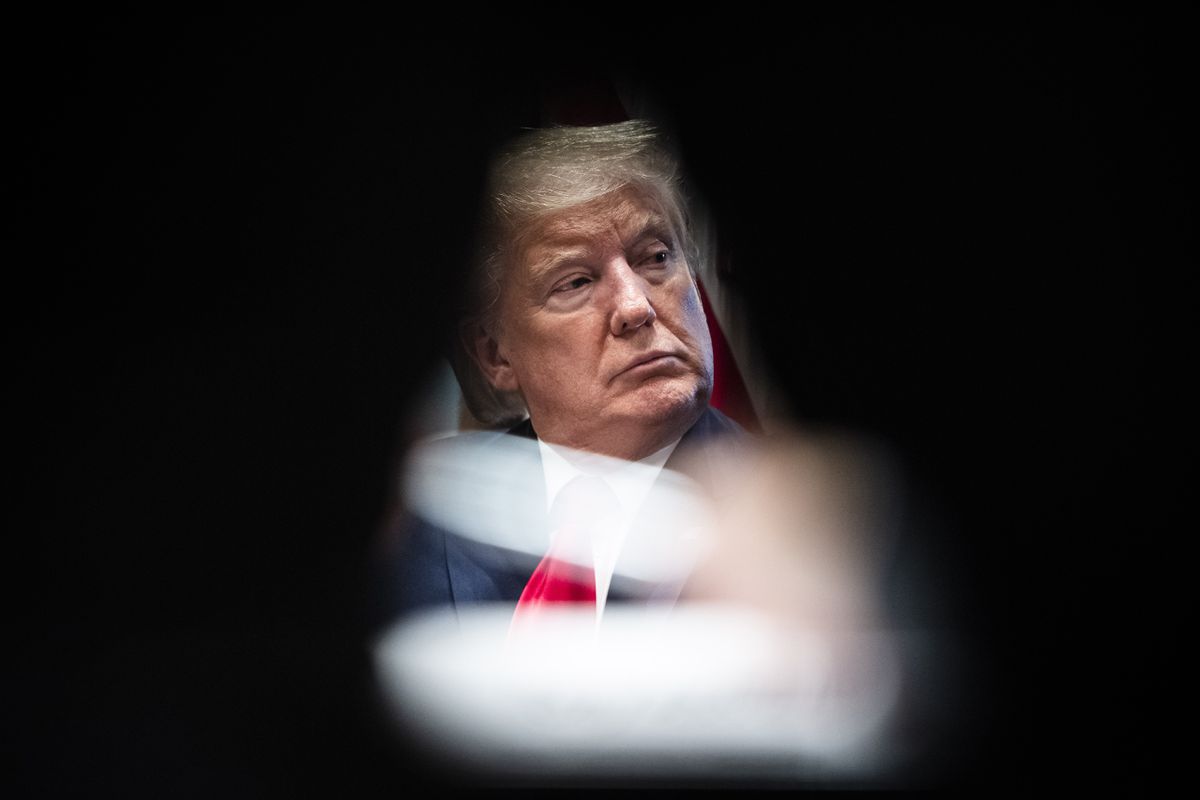 WASHINGTON - After two weeks of extraordinary open hearings that Democrats envisioned as their best opportunity to shape public opinion on impeachment, President Donald Trump claims to be impervious to the cascade of damaging revelations because of hardening Republican opposition to his removal from office.

So far, the historic proceedings have exacerbated the political divide. Some moderate Republican lawmakers once seen as the most likely to break with Trump condemned his conduct but signaled in recent days that they would probably vote against his impeachment because they do not believe the president's actions meet that threshold.

This phase of the inquiry was particularly damning for Trump, simply because of the fact pattern that emerged. A series of government witnesses, testifying under oath and at risk of perjury, implicated the president in a scheme to pressure Ukraine to influence the 2020 election.

But impeachment is not a criminal or legal proceeding; it is a political one. And as the inquiry hurtles toward a likely House vote on impeachment next month and a possible Senate trial, Republicans on Capitol Hill are solidly behind the president, even if they offer scattershot and at times contradictory defenses of his alleged wrongdoing.

Trump said Friday that he was looking forward to an impeachment trial and expressed confidence he would prevail. "There has never been so much unity and spirit in the Republican Party, as there is right now!" the president tweeted.

Anecdotal evidence backs up his declaration. Rep. Brian Fitzpatrick, R-Pa., a former FBI agent who represents a swing district in the Philadelphia suburbs and was considered a possible defector, told reporters Friday that although Trump's behavior was troubling and represented poor judgment, Congress in his estimation had not yet gathered enough evidence to warrant impeachment.

Another would-be impeachment fence-sitter, Rep. Will Hurd, R-Texas, a former CIA officer who is retiring from Congress next year, made clear where he stood.

"An impeachable offense should be compelling, overwhelming, clear and unambiguous," Hurd said last Thursday. "And it's not something to be rushed or taken lightly. I've not heard evidence proving the president committed bribery or extortion."

Many Democrats had counted on this phase of the inquiry to change the political contours of impeachment, hoping that hearing powerful accounts from government witnesses could galvanize public support for removing Trump and therefore pressure some GOP senators to abandon the president.

The proceedings remain fluid, and it is too early to fully measure whether the attitudes of voters have shifted. Dramatic testimony from career national security professionals, as well as some of Trump's own political appointees, placed the president at the center of a plot to coerce the Ukrainian government to open a corruption investigation into former vice president Joe Biden and his son Hunter.

Although House Democrats say the evidence that Trump abused his office and orchestrated a bribery scheme is unambiguous, the hearings appear to have changed the minds of few, if any, Republican lawmakers. This is a reflection of Trump's supremacy within his party.

"Ironically, it enhances the president's position," said Ari Fleischer, a Republican former White House press secretary. "He has never been and is not in danger of being convicted in the Senate. The only issue is whether he loses ground in the House, and by all measures he has not lost ground in the House."

Fleischer said the hearings "demonstrated, and it was eloquently done by several career experts, how inappropriate what the president did was. The more I listened, the more it was clear it was inappropriate. But there's a major difference between inappropriate and overturn the will of the people and impeach him."

Should the Democratic-controlled House vote to impeach Trump, a two-thirds majority in the Republican-controlled Senate would be required to convict and remove him from office. No Republican senator has yet said he or she would convict Trump.

"Trump has control of the 202 branch of the party and he has control of what remains of the party nationally," GOP strategist John Weaver, a Trump critic, said, referring first to Republicans in Washington. "It's not a party anymore in the traditional sense; it's a cult. So he'll be successful in averting conviction in the Senate and removal from office because the party is completely subjugated to him."

Even if Trump is acquitted in the Senate, his impeachment risks being a stain on his reelection bid next year. Most public polls show the president's approval rating mired well below 50% and project him losing in head-to-head matchups with his leading Democratic challengers.

“Every measurement of the president’s performance and personal acceptance is underwater, and this is a week that underscores both his concern singularly about himself and his (inability) to represent and fight for the best elements of the country,” said Peter Hart, a prominent Democratic pollster.

Trump has long considered impeachment “a dirty, filthy, disgusting word,” as he put it in May, although he has come to see it as all but a foregone conclusion given the trajectory set by House Democratic leaders.

The president and his aides are preparing for the next phase in part by wooing lawmakers, from invitations to sporting events to weekends of s'mores and skeet shooting at Camp David. Last Thursday, Trump invited a handful of Republican senators - including two who have criticized his conduct with Ukraine, Sens. Mitt Romney of Utah and Susan Collins of Maine - to lunch at the White House, where they casually discussed a possible Senate impeachment trial.

"Frankly, I want a trial," Trump said during a rambling, 53-minute telephone interview with Fox News Channel on Friday morning on "Fox & Friends."

Hour after hour of blockbuster testimony in front of the House Intelligence Committee painted a corrupt portrait of foreign policy in the Trump administration. Witnesses detailed a rogue operation led by Trump to withhold military aid to Ukraine, as well as a White House visit by President Volodymyr Zelensky, until its government announced an investigation into the Bidens, which could benefit Trump's campaign for a second term.

In a dramatic coda to two weeks of hearings, former National Security Council official Fiona Hill, a Russia expert and Trump appointee who directed the administration's policy in Europe, bolstered the case for a quid pro quo. She also plainly debunked a Ukraine conspiracy theory propagated by the president and pleaded with Republicans on the panel to help safeguard America's democracy from further Russian interference.

But judging by the comments of Hurd and others, Hill did not appear to persuade Republicans on the panel to buck the president. Rep. Devin Nunes of California, the committee's top Republican and a fierce defender of Trump, insisted that Democrats were using the inquiry to try to "overthrow the president."

Even Trump's real-time badgering of a witness - a tweet attacking ousted ambassador to Ukraine Marie Yovanovich during her congressional testimony on Nov. 15 - did not move the needle for Republicans. Democrats suggested it could form the basis of its own article of impeachment.

"You can disagree or dislike the tweet, but we are here to talk about impeachment, and nothing in that room today and nothing in that room earlier this week - nothing rises to the level of impeachable offenses," said Rep. Elise Stefanik, R-N.Y., who has cultivated a profile as a moderate Republican but emerged during the hearings as a fiery partisan defender of Trump.

Leaders in capitals around the globe are watching the inquiry unfold with interest.

“If there is impeachment, if he’s tried and acquitted, the message will be that this will continue as long as he’s in office,” said Angela Stent, a Russia specialist and professor of government and foreign service at Georgetown University. “If you’re President Putin and you see Trump acquitted, you can continue doing what you’re doing and there will be no penalties to pay for it.”