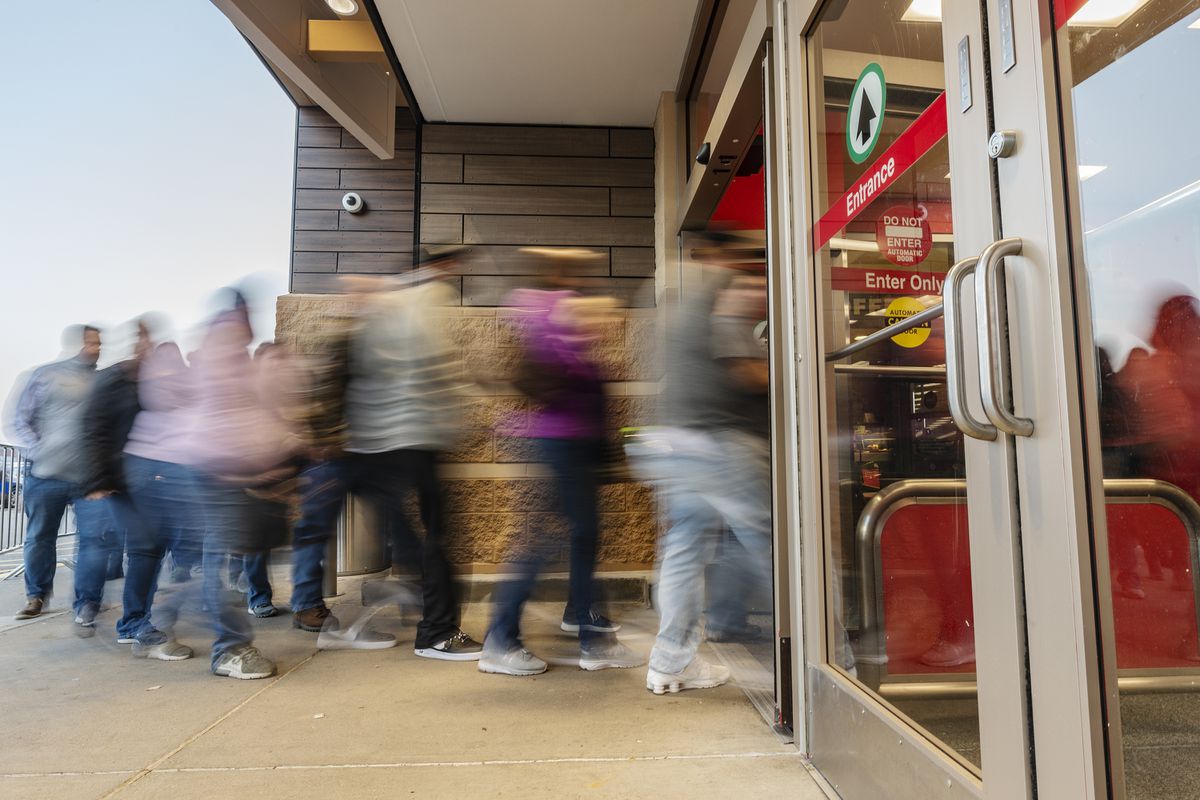 Casey Scott refuses to shop on Black Friday and, he says, there’s no discount deep enough to change his mind.

Instead, he's holding out for his favorite shopping holiday: Cyber Monday, when he plans to log on to his computer as soon as he wakes up. If all goes well, he says, he'll knock out a few dozen gifts - for his wife and their seven children - by lunchtime.

"The last thing I want to do is wake up and shop the day after Thanksgiving," said Scott, 43, the lead pastor at Chapel Rock Christian Church in Indianapolis. "The deals will still be there on Monday, and they might even be better."

Scott is among a growing number of Americans who are shunning Black Friday in favor of its online counterpart, part of the broader move away from brick-and-mortar retail. For the first time, the majority of U.S. consumers - 54% - say they will do most of their holiday shopping online, according to data from PricewaterhouseCoopers, a professional services firm.

That shift is causing some retailers to rethink their approach to the holiday shopping season as they work out how, and when, to offer the best deals. While many brands lock in their Black Friday plans months in advance - and commit to print ads and television spots promoting their predetermined doorbuster deals - Cyber Monday has become a game of fluid decisions and fast-changing strategies.

"Back in the day, every retail executive had a singular focus: Black Friday," said Sam Yagan, chief executive of ShopRunner, an e-commerce delivery service for retailers such as Neiman Marcus and Ann Taylor. "Now retailers are setting up war rooms where they're watching real-time reactions and reacting accordingly. It's becoming a lot more dynamic."

Cyber Monday, he said, offers retailers more flexibility in that they can quickly change prices or introduce flash sales hour-by-hour, depending on consumer behavior. The day is also increasingly important for companies' bottom lines: Americans spent a record $7.9 billion last year, more than double the $3.4 billion they spent on Cyber Monday 2016, according to Adobe Analytics. This year's forecast is $9.4 billion, nearly 20% higher than 2018.

Makeup giant Estée Lauder assembles dozens of employees in "global war rooms" in New York, Hong Kong and the United Kingdom to monitor, and react to, sales data and consumer behavior on Cyber Monday and Black Friday. The company said Thanksgiving weekend revenue rose 58% year-over-year in 2017, after it began responding to shoppers' needs in real time.

"We're looking at these as opportunities to anticipate consumer needs," said Salima Popatia, senior vice president of global consumer acquisition for the company, which has dozens of brands including Clinique, Aveda and MAC. "If there's a lull, can we pull up a last-minute offer or drop in a discount? We want to react as quickly as possible."

Other retailers say they're also adjusting their strategies as a result of changing consumer habits. At Lord & Taylor, executives say, it's clear "that Cyber Monday is becoming more important than Black Friday."

"E-commerce has become a bigger piece of the focus," said Rakesh Tondon, chief executive of Le Tote, the clothing rental start-up that recently acquired Lord & Taylor. "We're putting more eggs in the Cyber Monday basket, weighting it more heavily than we might have two or three years ago."

Meanwhile, the number of people shopping on Black Friday - whether in stores or online - is slipping. An estimated 36% of consumers plan to shop the day after Thanksgiving this year, down from 51% in 2016, according to a PwC report that deems Black Friday "more symbolic than significant."

That is certainly the case in Scott's household, where his family will spend Black Friday sleeping in and decorating for Christmas.