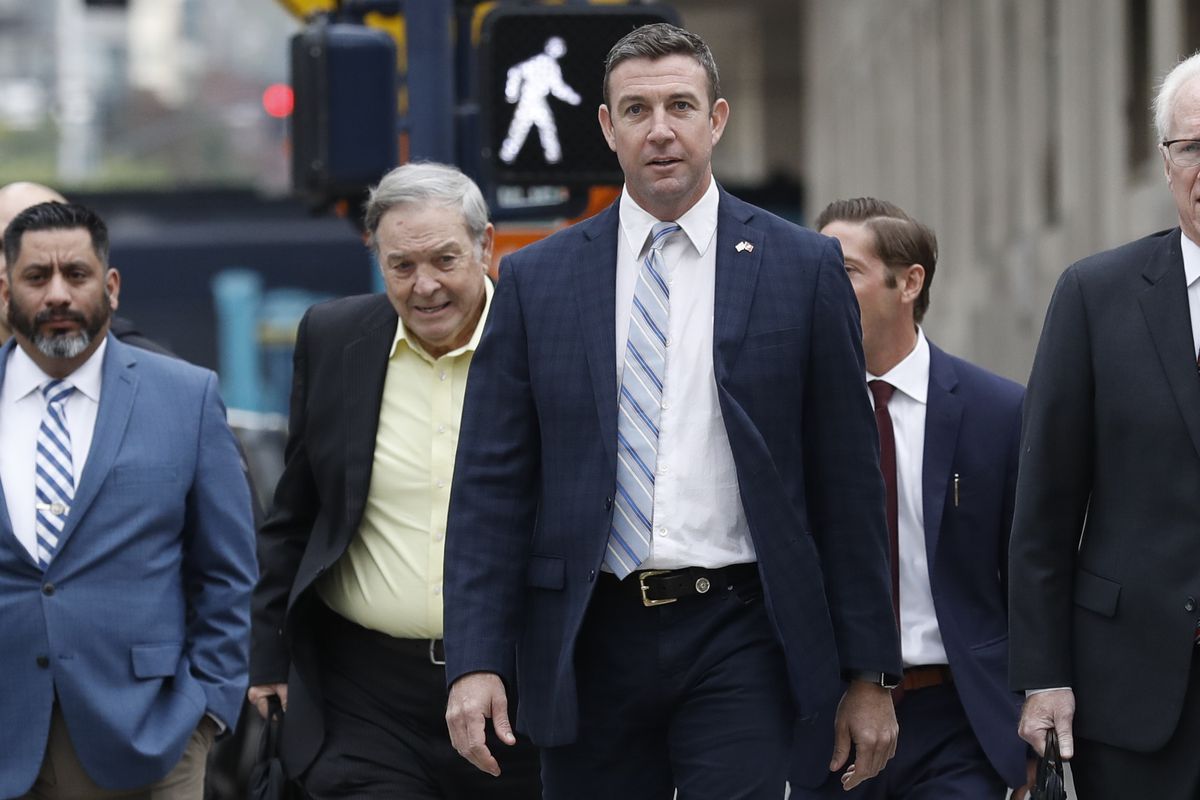 SAN DIEGO - Rep. Duncan Hunter pleaded guilty Tuesday to one count of misusing campaign funds after denying for more than a year that he and his wife had tapped a quarter of a million dollars in campaign money to pay for personal expenses.

Hunter, R-Calif., entered the plea on conspiring to misuse the funds - one of the four charges - in the U.S. District Court for the Southern District of California. He will be sentenced March 17 and faces up to five years in prison and a $250,000 fine.

"I failed to monitor and account for my campaign spending. I made mistakes," he said. He declined to answer reporters' questions.

The guilty plea is an ignominious event for the six-term congressman and retired Marine who was elected in 2008 to a seat his father, Duncan Hunter, held for 28 years. It was not immediately clear whether the younger Hunter would resign from his seat.

The proceedings took less than 10 minutes as Hunter, flanked by his attorney, faced the judge. His father sat behind him.

In a statement outside the courthouse, Phil Halpern, who prosecuted the case for the federal government, acknowledged the congressman's military and public service career and highlighted his three tours of duty "in three war zones." But Halpern also said Hunter is not above the law.

Halpern said the government would seek a prison term for Hunter.

Hunter and his wife, Margaret Hunter, were charged in 2018 with using more than $250,000 in campaign funds to pay for personal expenses, including family vacations, theater tickets and school tuition.

Hunter has continued serving in Congress and won reelection last year despite the charges; he was stripped of his committee assignments.

"As most folks know, my trial was set for January 22nd," Hunter, who previously pleaded not guilty, said in an interview Monday with San Diego-based KUSI-TV. "That's not going to happen now. Tomorrow, on Tuesday, I'm going to change my plea to guilty. I think it's important not to have a public trial for three reasons. And those three reasons are my kids."

The congressman said only that he believes it is important to keep the seat in GOP hands because President Donald Trump "right now needs more support than ever."

"I'm confident that the transition will be a good one," Hunter said. "My office is going to remain open. I've got a great staff. We're going to handle people's cases, and we're going to pass it off to whoever takes this seat next."

Hunter's legal situation has also become more precarious in recent months. In June, his wife pleaded guilty to one count of conspiring with her husband to spend $25,000 in campaign funds for personal use. As part of the deal, she agreed to cooperate with prosecutors and testify against her husband.

Later that month, federal prosecutors alleged that the congressman had also used campaign money to fund trips, dinners and drinks with women with whom he was romantically involved - three lobbyists, a woman who worked in his congressional office and another who worked for a member of the House leadership.

Hunter told KUSI on Monday that he wants the public to know he "did make mistakes" but that "not a single dime of taxpayer money is involved in this."