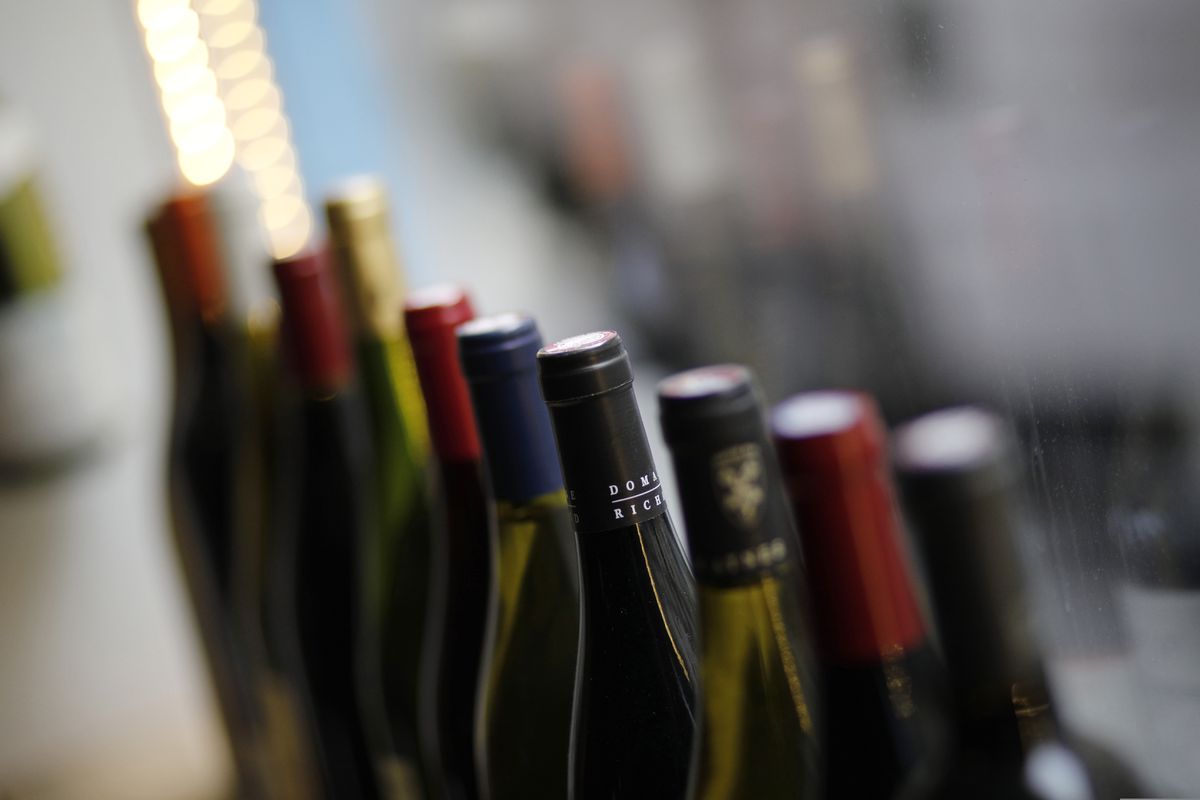 Wine bottle are seen in a wine shop in Paris, Thursday, Oct. 3, 2019. The European Union will retaliate against the U.S. decision to slap tariffs on a range of the bloc's exports. (AP Photo/Kamil Zihnioglu)

Wine bottle are seen in a wine shop in Paris, Thursday, Oct. 3, 2019. The European Union will retaliate against the U.S. decision to slap tariffs on a range of the bloc's exports. (AP Photo/Kamil Zihnioglu)

PARIS - The French government fired back Tuesday against the Trump administration’s threats to slap hefty tariffs on dozens of popular French products, insisting that the European Union would retaliate if the White House went through with its proposal.

Bruno Le Maire, France's finance minister, vowed what he called a "strong European riposte" to Trump's proposed tariffs - as much as 100% on about $2.4 billion in imported goods, including beloved wines, cheeses and certain designer clothes.

"This is not the behavior we expect from the United States vis-a-vis one of its principal allies, France, and, in a general manner, Europe," Le Maire said, speaking on France's Radio Classique. He called the proposed tariffs "unacceptable."

Agnès Pannier-Runacher, a junior economy minister, was even more unflinching in her remarks. "We need to be pugnacious," she said Tuesday, speaking to France's Sud Radio.

Known as the "GAFA," the tax entails 3% of the annual revenue that those four behemoths earn in France. It has long been a point of contention between Trump and French President Emmanuel Macron, who initially enjoyed a relatively drama-free relationship. They have butted heads, however, ever since Macron failed to persuade Trump to preserve the Iran nuclear deal, a signature policy achievement of the Obama administration. Trump pulled the United States out of the deal last year.

Later in the day, however, he appeared to walk back his earlier tough stance, suggesting that it would probably be possible to achieve a compromise with France on trade.

"We do a lot of trade with France and we have a minor dispute. I think we'll probably be able to work it out," Trump said. "But we have a big trade relationship, and I'm sure that within a short period of time, things will be looking very rosy, we hope. That's usually the case with the two of us, we work it out."

Trump had earlier disparaged controversial remarks about NATO that Macron made last month as "very, very nasty." In an interview with the Economist, the French president described what he called NATO's "brain death," which he couched largely as a function of diminished U.S. support for the alliance under Trump.

Macron had struggled to find broad E.U. support for his digital tax, so how France would follow up on its threat of a "strong European riposte" to the United States on its behalf is unclear.

"In this, as in all other trade-related matters, the European Union will act and react as one," Daniel Rosario, the European Commission's spokesman for trade and agriculture, told reporters in Brussels on Tuesday.

Rosario said the E.U. would "seek immediate discussions with the United States on how to solve this issue amicably."

The Trump administration’s announcement had an immediate effect on the markets on Tuesday morning. Shares in Hermès, the French luxury brand known for handbags and silks, dropped by roughly 2%; those of the luxury goods conglomerate LVMH fell by 1.5%.