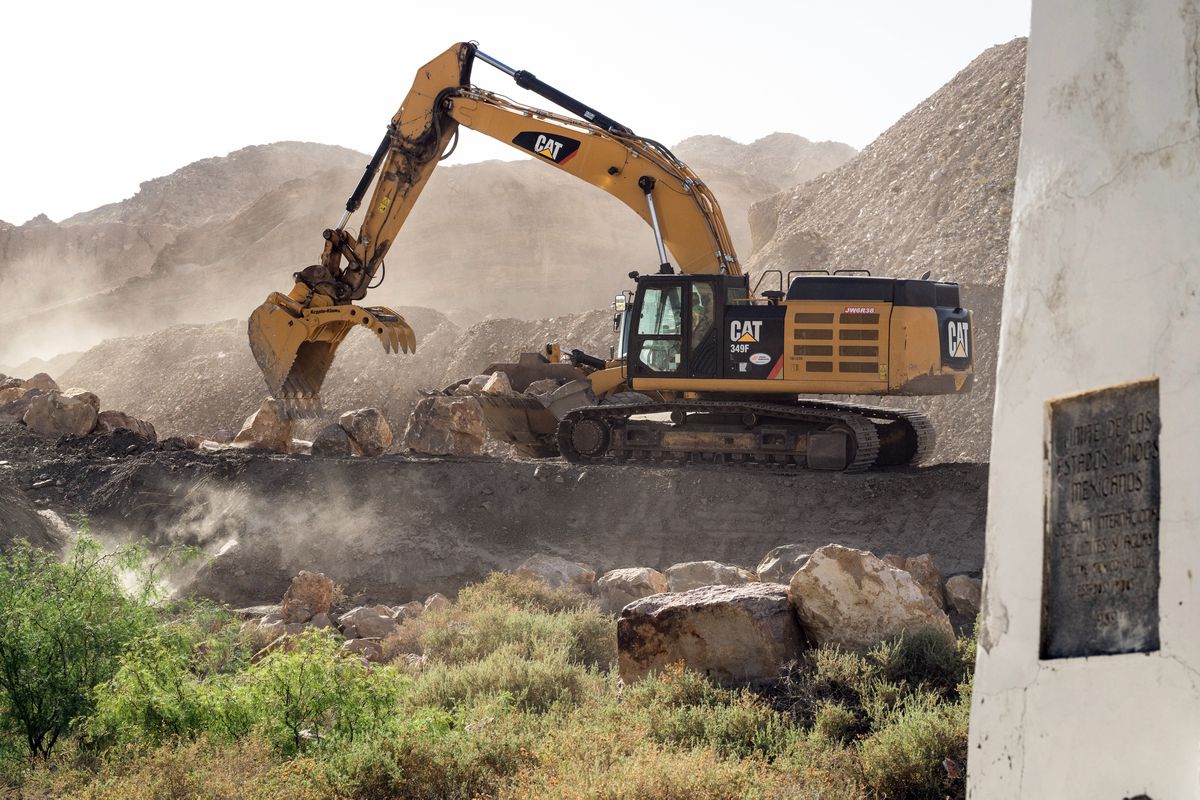 Trucks from Fisher Industries prepare the ground for a wall to be built on private property near El Paso, Texas. (Photo for The Washington Post by Jordyn Rozensky and Justin Hamel.)

Trucks from Fisher Industries prepare the ground for a wall to be built on private property near El Paso, Texas. (Photo for The Washington Post by Jordyn Rozensky and Justin Hamel.)

WASHINGTON - The chairman of the House Committee on Homeland Security on Wednesday called for an investigation into a $400 million border wall contract awarded this week to North Dakota-based Fisher Sand and Gravel, a company President Donald Trump personally urged military officials to hire.

In a letter to the Department of Defense Office of the Inspector General, Rep. Bennie Thompson, D-Miss., said there are reasons to be suspicious of the decision to bestow such a large contract on the company. Thompson cited Trump's repeated promotion of Fisher to the U.S. Army Corps of Engineers and a recent visit by the acting secretary of the Department of Homeland Security to a span of privately-financed barrier the firm built outside El Paso, Texas.

"These actions raise concerns about the possibility of inappropriate influence on USACE's contracting decision," Thompson wrote. "Therefore, I am requesting that you review the award of this contract to ensure that the bid submitted by Fisher Sand and Gravel Co. met the solicitation standards and that USACE made the award in accordance with federal procurement law and regulations."

On Monday, the Department of Defense said the Army Corps had selected Fisher to build 31 miles of new border barrier across the southern edge of the Cabeza Prieta National Wildlife Refuge near Yuma, Arizona.

Fisher's price tag - about $13 million per mile - was lower than the two other companies that bid on the contract, according to one administration official with knowledge of the contract.

The Fisher contract met the technical specifications of the Army Corps request, the official said, and because the company's bid was the lowest, the government was obligated to select the firm, absent a determination that Fisher had submitted an unrealistic bid.

Fisher was not among the companies the U.S. Army Corps initially selected as qualified bidders on nearly $10 billion in contracts for border barrier construction. But CEO Tommy Fisher made repeat appearances on Fox News and elsewhere to promote his company, claiming his crews could build the structure faster and for less money.

Last month, Fisher was included for the first time in the pool of qualified eligible bidders, and the $400 million is the company's only major border wall contract to date.

Cramer did not immediately respond to a request for comment on Thompson's call for an investigation.

Fisher also has worked with an activist group led by former White House adviser Steve Bannon and other prominent right-wing Trump supporters who are building new border barriers on private land with millions of dollars in online donations.

The group, We Build the Wall, completed a span of new barrier outside El Paso during the summer, hiring Fisher to perform the work. Chad Wolf, the acting Homeland Security secretary, visited the privately built barrier last month, and the area's top Border Patrol official praised the structure as a "game changer."

We Build the Wall is planning to build a new 3.5-mile span of fencing along the banks of the Rio Grande in South Texas, on land it says Tommy Fisher purchased.

A federal judge issued a temporary restraining order Tuesday to halt Fisher's bulldozers, siding with the National Butterfly Center, a neighboring wildlife sanctuary whose director says the project will inflict irreparable harm to the local ecosystem.