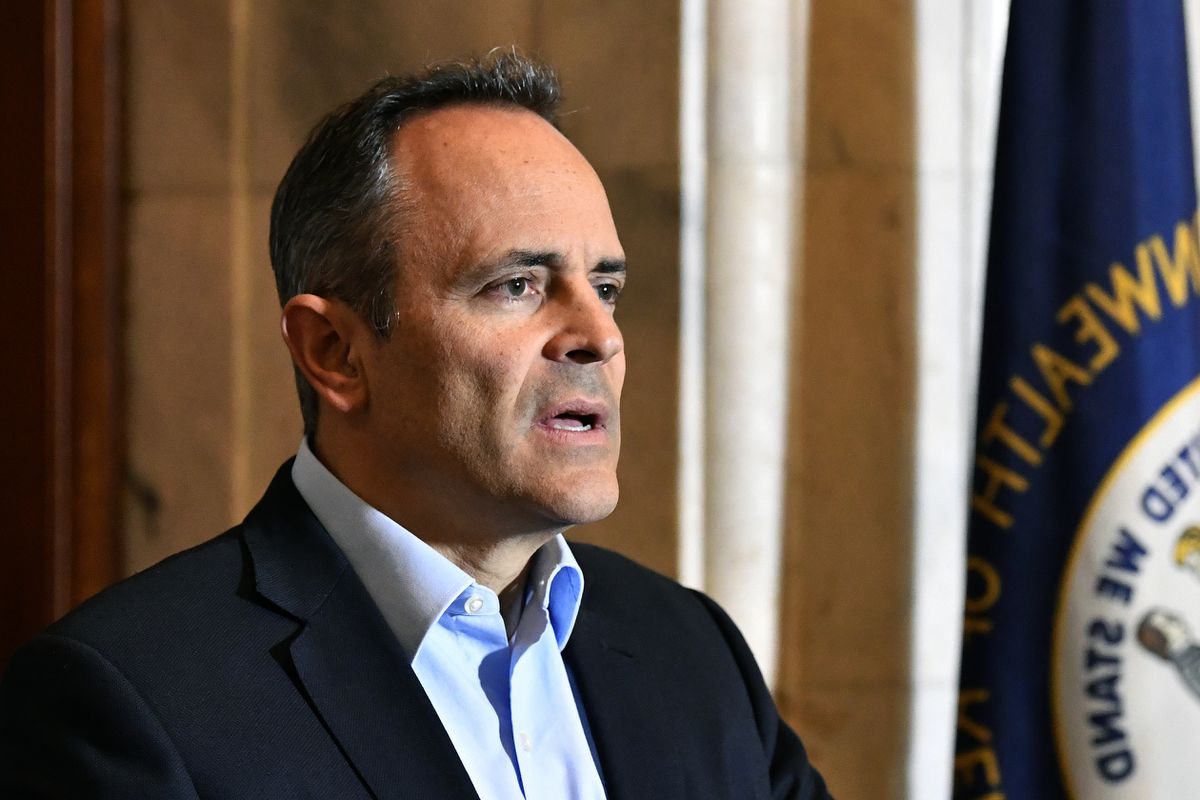 Matt Bevin is no longer the governor of Kentucky, but his decisions continue to send shock waves through the state’s legal system this week after he issued pardons for hundreds of people, some of whom committed violent offenses.

Bevin issued 428 pardons since he was defeated by Democrat Andy Beshear in a close election in November, the Courier-Journal reported. His list includes a man convicted of reckless homicide, a convicted child rapist, a man who had murdered his parents at age 16 and a woman who threw her newborn in the trash after giving birth in a flea market outhouse.

He also pardoned Dayton Jones, who was convicted in the sexual assault of a 15-year-old boy at a party, Kentucky New Era reported.

It is not unusual for governors to issue pardons as they leave office. But Bevin's actions boggled some of the state's attorneys and left his former constituents questioning his judgment in pardoning people convicted of violent crimes.

"What this governor did is an absolute atrocity of justice," said commonwealth attorney Jackie Steele, a prosecutor for Knox and Laurel counties. "He's put victims, he's put others in our community in danger."

One lawyer said the victims of the pardoned criminals received no warning. Instead, Eddy Montgomery found out through media reports and rushed to inform families before they were blindsided by the news.

Montgomery was startled to see Brett Whittaker on Bevin's pardon list - a man who was convicted on two counts of murder for killing a pastor and his wife while driving under the influence in 2011. At the time, Whittaker was on probation for a separate assault offense.

Steele was particularly disturbed by the pardon of Patrick Brian Baker, whose brother hosted a fundraiser for Bevin and donated to him over the years, the Courier-Journal reports.

Baker was convicted in 2017 of reckless homicide, robbery, impersonating a peace officer, and tampering with evidence for his role in a fatal 2014 home invasion that killed a man named Donald Mills. Baker had served just two of his 19-year sentence when Bevin pardoned him to time-served last Friday.

Steele, who prosecuted Baker, noted Bevin did not pardon his co-conspirators in the robbery and homicide.

Baker's reported brother and sister-in-law, Eric and Kathryn Baker, held a fundraiser for Bevin in July 2018. The couple raised $21,500 to pay off Bevin's 2015 campaign debts, the Courier-Journal reported, and donated $4,000 to him at that same event. Kathryn Baker also donated another $500 to Bevin's 2019 re-election effort, the Journal found.

The News-Journal, a local paper, covered the fundraiser in a story on Aug. 1, 2018, and ran accompanying photos of the couple with Bevin.

Steele said that when the news of the pardons came out, people sent him the photograph and he recognized the Bakers immediately. He said he knew the family from community events, and had seen the couple in court for Patrick Baker's trial.

A spokesman for Bevin's gubernatorial campaign did not immediately return a request for comment.

Bevin said he pardoned Baker because he "made a series of unwise decisions in his adult life" and that "his drug addiction resulted in his association with people that in turn led to his arrest, prosecution, and conviction for murder."

Bevin's formal pardon also states that "the evidence supporting his conviction is sketchy at best."

"I have no idea as to what he is speaking of in regards to sketchy evidence, or the conviction being sketchy," Steele told The Washington Post in response.

The Department of Corrections confirmed that Baker had been released on Wednesday as a result of the pardon.

Not all of Bevin's pardons stirred controversy. He spared death row inmate Gregory Wilson by commuting his sentence to live with the possibility of parole after 30 years, the Courier Journal reported. Wilson's 1988 murder trial had been plagued by a series of legal and ethical issues.

Bevin also pardoned Louisville community activist Christopher IIX, who had been convicted of possession of a controlled substance in 1990, and theft by failure to make disposition in 1997. In his pardon, Bevin said that “he has turned his life around after a rocky start many years ago and has paid his debt to society.”