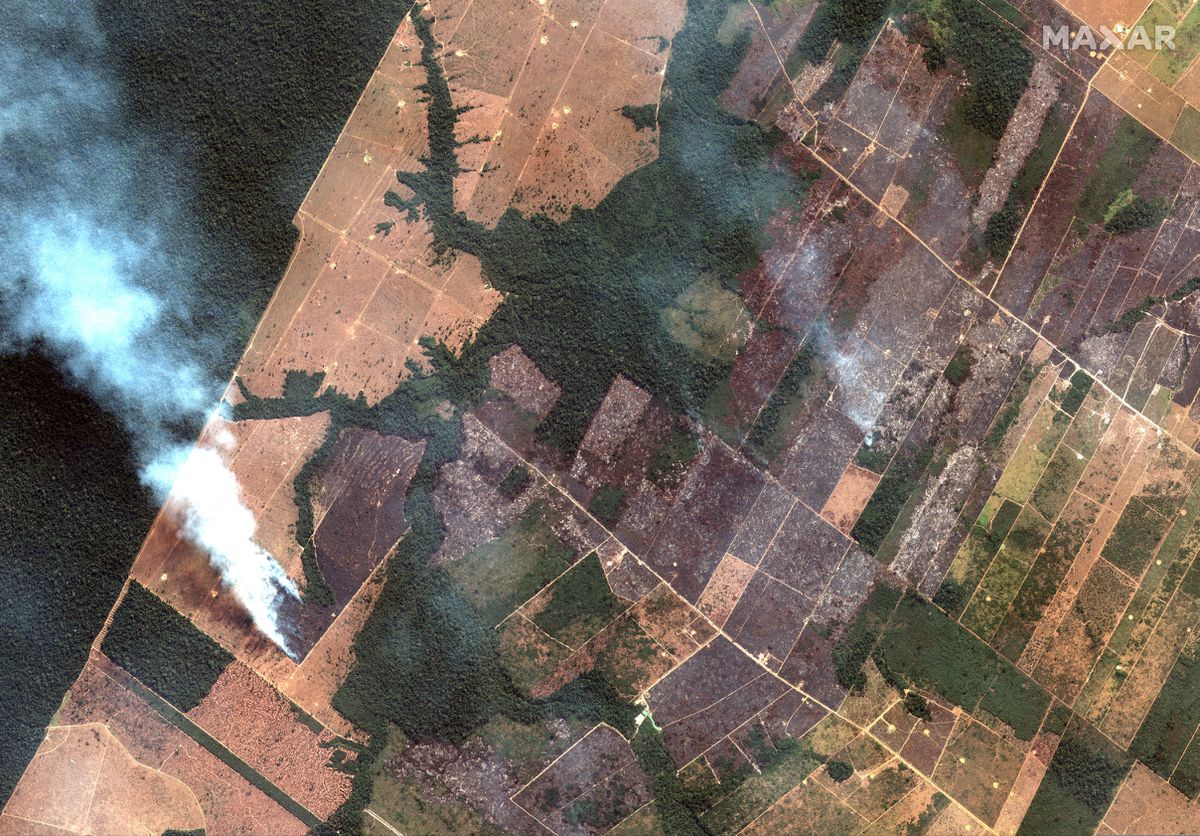 Continued deforestation and other fast-moving changes in the Amazon threaten to turn parts of the rainforest into savanna, devastate wildlife and release billions of tons carbon into the atmosphere, two renowned experts warned Friday.

"The precious Amazon is teetering on the edge of functional destruction and, with it, so are we," Thomas Lovejoy of George Mason University and Carlos Nobre of the University of Sao Paulo in Brazil, both of whom have studied the world's largest rainforest for decades, wrote in an editorial in the journal Science Advances. "Today, we stand exactly in a moment of destiny: The tipping point is here, it is now."

Combined with recent news that the Arctic permafrost may be beginning to fill the atmosphere with greenhouse gases, and that Greenland's ice sheet is melting at an accelerating pace, it's the latest hint that important parts of the climate system may be moving toward irreversible changes at a pace that defies earlier predictions.

The speed of the transformation in some key planetary systems, like Greenland's ice and the Arctic's permafrost, has "indeed been underestimated by climate science," said Stefan Rahmstorf, head of Earth system analysis at the Potsdam Institute for Climate Impact Research in Germany. "And that's partly because we cannot really capture them well in our models."

In interviews, Lovejoy and Nobre said they decided to sound a dire alarm about the Amazon after witnessing the acceleration of troubling trends. The combination of warming temperatures, crippling wildfires and ongoing land clearing for cattle ranching and crops has extended dry seasons, killed off water-sensitive vegetation and created conditions for more fire.

The Amazon is now 17% deforested, but for the large proportion of it inside Brazil, the figure is closer to 20%. The fear is that soon there will be so little forest that the trees, which not only soak up enormous quantities of rainwater but themselves give off billowing columns of mist that aid agriculture and sustain innumerable species, won't be able to recycle enough rainfall.

At that point, much of the rainforest could decline into a drier savanna ecosystem. Rainfall patterns would change across much of South America. Several hundred billion tons of carbon dioxide could wind up in the atmosphere, worsening climate change. And such a feedback loop would be tough to reverse.

That point of no return, commonly referred to by scientists as a tipping point, "is much closer than we anticipated," Nobre said in an interview.

The troubling news comes on top of other alarming developments regarding the Earth's climate.

Earlier this month, nearly 100 polar scientists detailed how the Greenland ice sheet's losses have accelerated in recent decades, growing from 33 billion lost tons per year in the 1990s to a current average of 254 billion tons annually.

“Greenland is losing ice faster than expected, partly because climate models aren’t good at predicting extreme melting events but also because many of the ice sheet’s smaller glaciers have started to speed up too,” said Andrew Shepherd, a glaciologist at Leeds University in the U.K., who led the latest study. “So the [worst]-case scenario now becomes business as usual.”