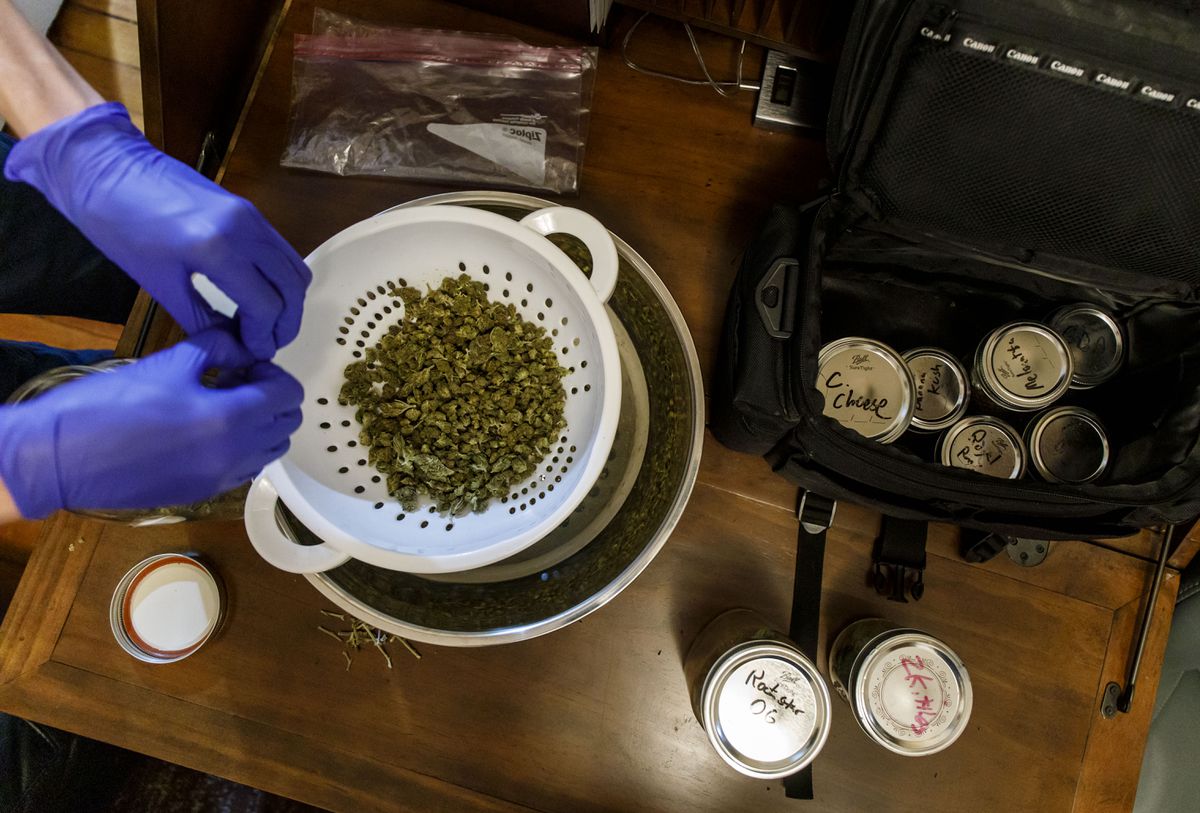 SACRAMENTO, Calif. — Should that marijuana joint cost more because it is higher in THC content? That’s the argument put forth in a new report by the California Legislative Analyst’s Office.

Currently, the state taxes cannabis at two points in the production cycle; cannabis is taxed by weight after it is harvested, and then taxed again as an excise tax at the retail level. The state is set to increase cannabis taxes at both levels on Jan. 1.

The analyst's office proposes a novel change to that tax structure: Drop the cultivation tax entirely and tax cannabis by its THC potency instead. THC, or tetrahydrocannabinol, is the compound responsible for inducing the "high" often association with using marijuana.

The report, titled “How high? Adjusting California’s cannabis taxes,” recommends taxing THC in cannabis products between $0.006 and $0.009 per milligram.

If it were to do so, California would become the first state to tax cannabis based on THC content, according to the report, though Canada does so for concentrates, edibles and other cannabis products.

If not a THC tax, another approach recommended by the state in lieu of the existing excise tax would be a "tiered ad valorem" excise tax, which would be based on the sale price of the product, "with different rates depending on potency or product type."

The report has received a mixed reaction from those in the cannabis industry.

Jerred Kiloh, president of the United Cannabis Business Association, said in prepared remarks that, "We greatly appreciate the work done by the state to produce this report, which helps to paint a clear and comprehensive picture of the complex challenges we are facing in the legal industry – the current rate of taxation simply does not allow our industry to compete with the illicit market where untested products are being sold at a lower cost and higher volume to consumers who are unaware of the health risks."

High taxes are propping up the black market and putting consumers at risk, said the group Legal Cannabis for Consumer Safety, a coalition of some of California's largest licensed cannabis businesses.

"Given this, the state's recent decision to raise taxes for legal cannabis is a clear misstep that will hurt consumer safety," the group said in a statement. "The state and governor must take action now to protect consumers by lowering taxes on safe, tested products."

"I'm pretty stunned that they would think that is an acceptable solution for anything," said Zachary Pitts, owner of Ganja Goddess and founding president of the California Cannabis Delivery Alliance.

Pitts said that it is difficult to get an accurate measure of THC content, which would be critical for taxation purposes.

"It's not just creating a regulatory burden. It's an inappropriate and ineffective way to measure something," Pitts said. "Doing something like potency, it's just not going to work."

"You can fail enforcement or you can fail at taxation, but if you fail at both you're really making it hard for the licensed legal market to succeed," he said.

Both Farrar and Pitts agreed with the report's recommendation that the state drop the cultivation tax.

"It's one of the easiest things they could do that would have an immediate effect," Farrar said.