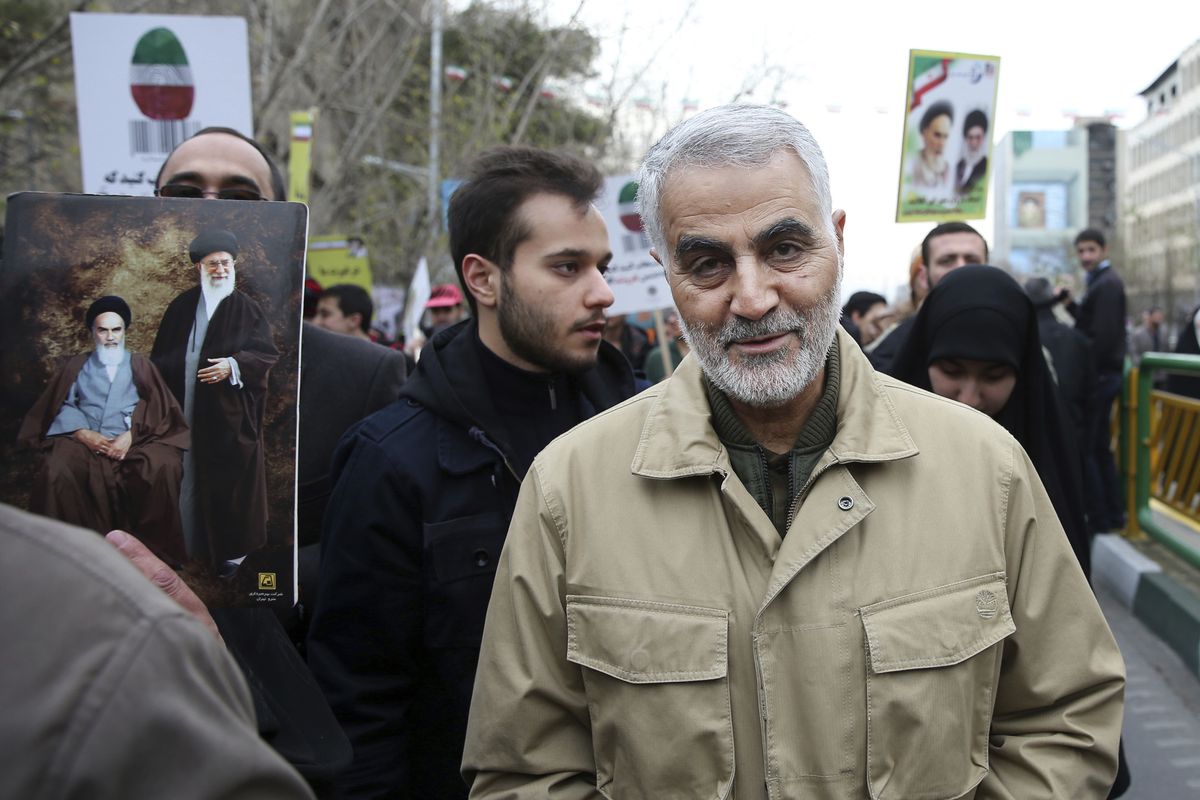 Despite his short stature and quiet demeanor, Qasem Soleimani was considered one of the most infamous military operators in the Middle East by the United States and its allies.

As leader of the Islamic Revolutionary Guard Corps' elite Quds Force, the 62-year-old bore responsibility for Iran's clandestine operations overseas, quietly extending the military reach of Iran deep into foreign conflicts like those in Syria and Iraq.

In the process, he had earned himself a near mythical status among his enemies and idolization by his Iranian hard-line supporters.

Analysts have complained that Soleimani had more diplomatic clout than Iran's Foreign Minister Javad Zarif and pondered if he would eventually seek top political office himself. Some compared him to Karla, the fanatical, but fictional, Soviet spymaster in John LeCarré's Cold War novels.

But his story came to an end early on Friday morning after a U.S. strike near the Baghdad airport killed him and a number of Iraqi militia leaders.

Soleimani's death brings to an end a career that began in the early days after the 1979 revolution and helped shape the Islamic republic that followed it.

"More than anyone else, Soleimani has been responsible for the creation of an arc of influence - which Iran terms its 'Axis of Resistance' - extending from the Gulf of Oman through Iraq, Syria, and Lebanon to the eastern shores of the Mediterranean Sea," wrote Ali Soufan, a former FBI agent and national security analyst, in a 2018 profile.

A young man from a poor family in Iran’s mountainous southeast, Soleimani had joined the Islamic Revolutionary Guard Corps, a group designed to protect the new republic and enforce its strict ideological aims, after the revolution.

During the war with neighboring Iraq between 1980 and 1988, the Revolutionary Guard had gained political and economic power in the country and the bloody and brutal war in Iraq also helped shape Soleimani.

Though only in his twenties, he undertook missions behind enemy lines, the sort of irregular warfare that would one day become the calling card of the Quds Force.

He also found allies among Iraq's majority Shiite population, some of whom backed Iran against the Sunni-dominated dictatorship of Saddam Hussein.

In the late 1990s, Soleimani was given control of the Quds Force, the wing of the Revolutionary Guards devoted to external affairs. Though the group had a lengthy history, having helped establish Hezbollah in Lebanon in the early 1980s, under Soleimani's watch it would expand its influence in the region.

After the invasion of Iraq by the United States and its allies ousted Saddam, the Quds Force began to aid Iranian militias in the country as they fought against American troops. A recent Pentagon estimate argued that Iranian proxy forces had killed at least 608 U.S. troops in Iraq between 2003 and 2011.

Later, the Syrian civil war saw a massive intervention by the Quds Force that helped sway the battle in favor of Bashar Assad, a regional ally of Tehran's.

Soleimani's influence was most keenly felt in the Middle East, but his practical ambitions were not regionally bound. The Quds Force was linked to plots in Asia and Latin America; even one failed 2011 attempt to assassinate Saudi Arabia's ambassador to the United States at an Italian restaurant in Georgetown.

After President Donald Trump pulled the United States out of the 2015 nuclear deal between Iran and other world powers, the Quds Force found itself at the center of rapidly escalating tension with the United States.

In Iraq, Shiite militias harassed U.S. troops in the country, firing rockets at bases used by Americans. After one attack in late December killed a U.S. contractor, the United States launched airstrikes against bases along the border with Syria used by the group Kataib Hezbollah, killing 25 militia members and injuring more than 50.

On New Year's Eve, Shiite militias and their supporters stormed the U.S. Embassy compound in Baghdad. Though no one was killed in the chaos, Trump warned that Iran bore responsibility for the act. "They will be held fully responsible," he tweeted.

The airstrike on Friday morning killed not only Soleimani, but also Abu Mahdi al-Muhandis, an Iraqi militia commander.

Analysts agreed that Soleimani was a unique figure and likely irreplaceable for the Iranian regime. But after the shock news of his death, some wondered what effect killing such a revered figure would have on the region.

“The pressure to retaliate will be immense,” Vali Nasr, an expert on the Middle East and a professor at Johns Hopkins University, observed on Twitter.