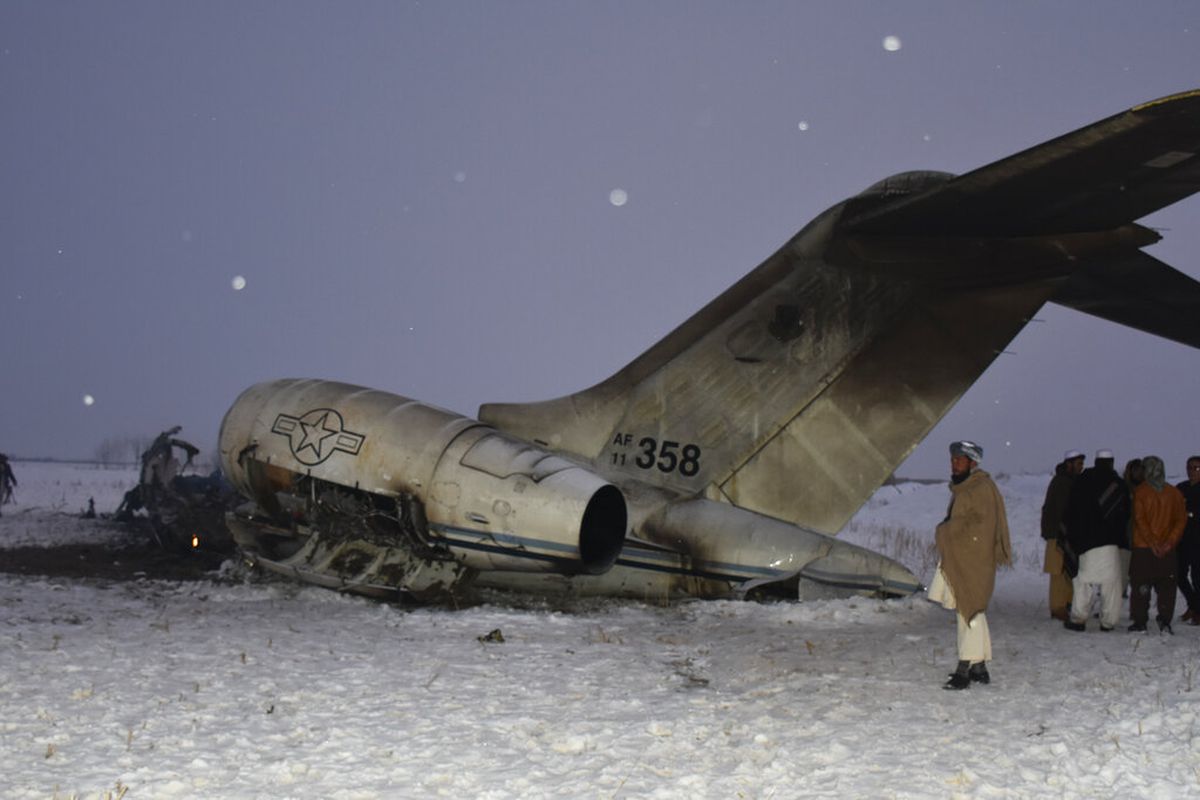 KABUL - A U.S. military aircraft crashed in Taliban-controlled territory in central Afghanistan on Monday, an American official confirmed, after hours of contradictory reports from local officials triggered fears of a passenger plane crash.

The surveillance plane crashed in Ghazni province's Deh Yak district, an area under Taliban control. It was unknown how many people were on board or whether there were survivors.

"While the cause of [the] crash is under investigation, there are no indications the crash was caused by enemy fire. We will provide additional information as it becomes available," said Col. Sonny Leggett, a spokesman for U.S. forces in Afghanistan, in a statement Monday.

Taliban spokesman Zabiullah Mujahid claimed on Twitter that an "enemy intelligence aircraft" crashed and subsequently told The Post that "our mujahideen [fighters] tactically crashed the plane." He did not explain what tactics were purportedly used to bring down the plane.

The plane was a U.S. Bombardier E-11A, an electronics surveillance aircraft that helps boost tactical communications on the battlefield.

The province where it crashed is one of Afghanistan’s most volatile, with Taliban forces controlling or contesting several of its districts. In 2018, the insurgents overran Ghazni’s provincial capital, and that same year a Taliban-claimed roadside bomb killed three American soldiers there.

Video footage first posted to social media by a Taliban-linked account appears to show the charred fuselage of an U.S. E-11A. The white plane in the video bears a distinctive star emblem on the engine paired with sky and dark blue stripes across its body.

The Post could not independently verify the location of the crash in the video.

The E-11A's mission in Afghanistan is essentially a flying radio tower that helps transmit communications between ground units and commanders, which is often a challenge in mountainous and rugged terrain.

"It's like WiFi in the sky," a pilot told the Air Force news service in 2018. All E-11As with that payload are operated solely out of Kandahar Airfield, according to the Air Force.

Its payload was developed after radio communication problems contributed to the disastrous Operation Red Wings mission in 2005, when a team of Navy SEALs was attacked by a massive Taliban force in rugged Konar province.

Three SEALs were killed, and 16 Special Operations troops died when their helicopter was shot down on a rescue mission. The mission was later popularized in the book and film "Lone Survivor."

The conflict in Afghanistan has intensified in recent months as U.S. and Taliban negotiators have sought to reach an agreement that would allow for the withdrawal of thousands of U.S. troops from the country.

Formal talks were "paused" in December following a Taliban attack on the highly fortified U.S. air base in Bagram.

Earlier this month a roadside bomb attack in Kandahar province left two American service members dead and two wounded. Last year 20 U.S. troops were killed in Afghanistan, more than any other year since 2014.

There are around 13,000 U.S. troops in Afghanistan, according to the American military command in Kabul.

George reported from Islamabad, Pakistan. The Washington Post’s Alex Horton and Joyce Lee in Washington and Sharif Hassan in Kabul contributed to this report.