Is it OK for federal employees to discuss the Trump impeachment case at work? 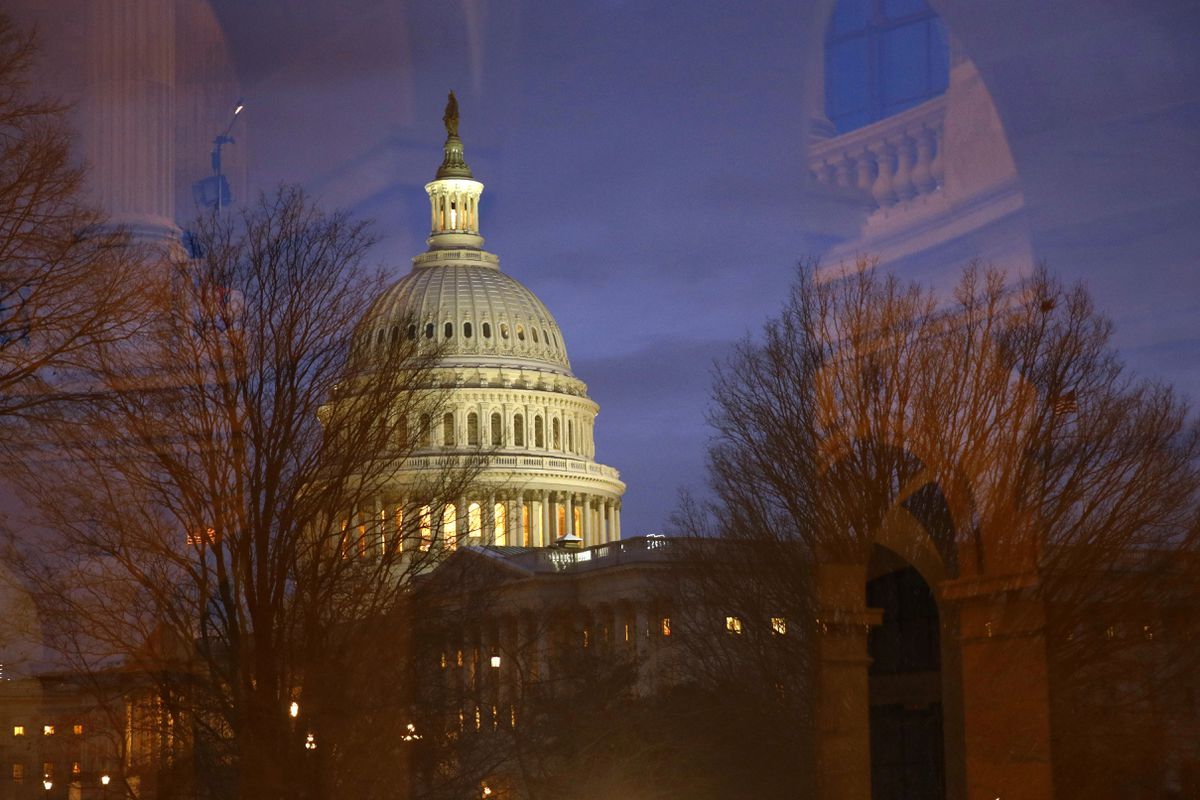 Light illuminates the U.S. Capitol dome as it is seen though window reflections in Washington, Monday, Jan. 27, 2020, during the impeachment trial of President Donald Trump on charges of abuse of power and obstruction of Congress. (AP Photo/Patrick Semansky)

Light illuminates the U.S. Capitol dome as it is seen though window reflections in Washington, Monday, Jan. 27, 2020, during the impeachment trial of President Donald Trump on charges of abuse of power and obstruction of Congress. (AP Photo/Patrick Semansky)

A court has been asked to define the limits of what federal employees may say in the workplace about the impeachment and trial of President Donald Trump without running afoul of restrictions against partisan politics by civil servants.

The request, filed last Friday in an ongoing suit, asks the court to immediately block policies that it says are causing federal employees to self-censor out of fear of being charged with violating the Hatch Act.

Those policies were issued in 2018 when impeachment was only a theoretical topic "but with the impeachment trial dominating national news, the issue has become more urgent as the policy is chilling the free speech rights of federal employees," said the American Federation of Government Employees, which is sponsoring the suit.

The Hatch Act bars federal employees from using their official authority to support a political party, candidate in a partisan race or partisan political group.

Also, while on duty or in a federal workplace they may not engage in political activity directed at the success or failure of such a party, candidate or group. Penalties for violations can range up to firing and debarment from future federal employment.

The Office of Special Counsel, an independent agency that enforces that law, decided in early 2018 that Trump had become a candidate for re-election for those purposes.

Later that year, it clarified that the guidance "only applies to covered employees while they are on duty or in the workplace" and that it "was not intended to prevent all discussions of impeachment in the federal workplace."

It said that "merely discussing impeachment, without advocating for or against its use against such a candidate, is not political activity."

For example, it said, employees "may discuss whether reported conduct by the president warrants impeachment and express an opinion about whether the president should be impeached" but may not display signs in the office for or against impeachment.

The AFGE motion, though, said that "The distinction between 'advocating' for or against impeachment and 'expressing an on opinion about whether the president should be impeached' is indecipherable."

"A federal employee cannot possibly be expected to understand the difference between the two, particularly where the employee could lose her job if she guesses wrong. In reality, the only safe course for federal employees is to censor their speech and avoid any discussion of impeachment," said the motion, filed in the U.S. District Court for the District of Maryland.

The motion includes statements from two federal employees that they have avoided discussing impeachment at work for fear of being prosecuted under the Hatch Act.

The motion also contends that the Office of Special Counsel incorrectly linked the impeachment and trial process with the election processes that the Hatch Act addresses.

The Office of Special Counsel declined to comment. The Justice Department did not respond to a request for comment.