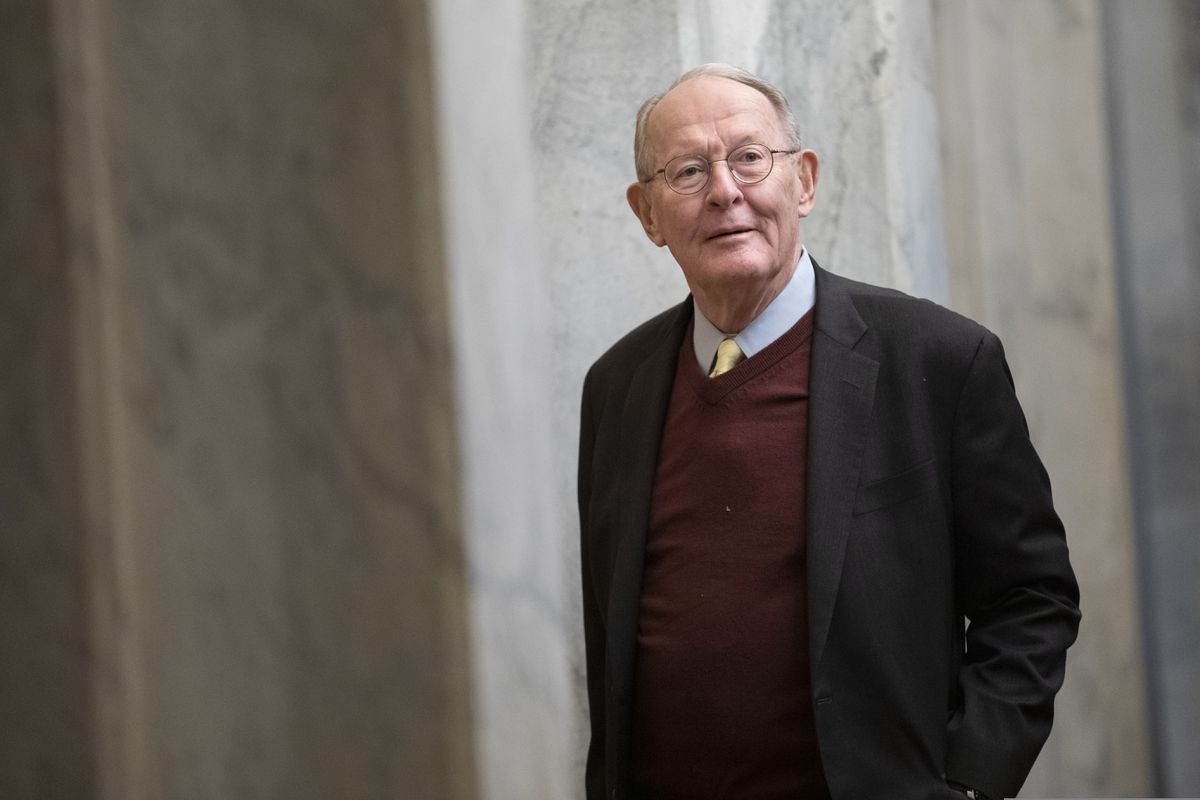 WASHINGTON — Republican Sen. Lamar Alexander of Tennessee will oppose calling more witnesses in President Donald Trump’s impeachment trial, all but dashing Democratic efforts to hear more testimony and pushing the Senate toward a vote to acquit Trump as soon as Friday.

A vote on witnesses, expected Friday, could lead to an abrupt end and assured acquittal in only the third presidential impeachment trial in American history. Trump was pressing for action in time for his State of the Union address, and that now seems likely. As the Senate adjourned late Thursday, it set the date for Tuesday night's speech.

Despite the Democrats' singular, sometimes-passionate focus on witnesses after revelations from John Bolton, the former national security adviser, the numbers are now falling short. It would take four Republicans to break with the 53-seat majority and join with all Democrats to demand more testimony.

Chief Justice John Roberts, in the rare role presiding over the impeachment trial, could break a tie, but that seems unlikely.

Alexander said in a statement late Thursday there was "no need for more evidence," giving the Trump team the likelihood of a Senate vote in its direction.

Trump was impeached by the House last month on charges that he abused his power like no other president, jeopardizing Ukraine and U.S.-Ukraine relations. Democrats say Trump asked the vulnerable ally to investigate Joe Biden and debunked theories of 2016 election interference, withholding American security aid to the country as it battled Russia at its border. The second article of impeachment says Trump then obstructed the House probe in a way that threatened the nation's three-branch system of checks and balances.

Before Alexander's statement, Republican Sen. Susan Collins of Maine said late Thursday she would vote to allow witnesses in the impeachment trial, briefly raising Democrats' hopes for a breakthrough.

But Alexander minutes later said that "there is no need for more evidence to prove something that has already been proven and that does not meet the U.S. Constitution's high bar for an impeachable offense."

"It was inappropriate for the president to ask a foreign leader to investigate his political opponent and to withhold United States aid to encourage that investigation," Alexander said. But, he added, "the Constitution does not give the Senate the power to remove the president from office and ban him from this year's ballot simply for actions that are inappropriate."

Collins, Alexander and Lisa Murkowski of Alaska were playing an outsized role in the final hours of debate with pointed questions. Another Republican senator, Mitt Romney of Utah, has made clear he will vote for witnesses.

Murkowski is expected to announce her decision on Friday, ahead of voting.

Democrats built pressure on senators for testimony, but Trump's lawyers argued it would take too long as they sped forward, even after Bolton's potential eyewitness account to Trump's actions detailed in a forthcoming book brought uncertainty.

Bolton's forthcoming book contends he personally heard Trump say he wanted military aid withheld from Ukraine until it agreed to investigate the Bidens. Trump denies saying such a thing.

Thursday's testimony included soaring pleas to the senators-as-jurors who will decide Trump's fate, to either stop a president who Democrats say has tried to cheat in the upcoming election and will again, or to shut down impeachment proceedings that Republicans insist were never more than a partisan attack.

"Let's give the country a trial they can be proud of," said Rep. Adam Schiff, the lead prosecutor for House Democrats. He offered to take just one week for depositions of new witnesses, sparking new discussions.

Trump attorney Eric Herschmann declared the Democrats are only prosecuting the president because they can't beat him in 2020.

"We trust the American people to decide who should be our president," Herschmann said. "Enough is Enough. Stop all of this."

Republican Senate Majority Leader Mitch McConnell was toiling to keep Friday's vote on schedule even as the trial was unearthing fresh evidence from Bolton's new book and raising alarms among Democrats and some Republicans about a Trump attorney's controversial defense.

In a day-after tweet, Trump attorney Alan Dershowitz, complained about the portrayal of his Wednesday night testimony when he said a president is essentially immune from impeachment if he believes his actions to be in the "national interest."

That idea frustrated some inside the White House, who felt Dershowitz's claim was unnecessary and inflammatory — irking senators with a controversial claim of vast executive powers. But those officials left it to Dershowitz to back away, wary that any public White House retreat would be viewed poorly by the president.

"I said nothing like that," the retired professor tweeted Thursday.

The president has argued repeatedly that his dealings with Ukraine have been "perfect."

Asked about it as one of the first questions Thursday, Democrat Schiff, said, "Have we learned nothing in the last half century?"

Schiff drew on the lessons of the Nixon era to warn of a "normalization of lawlessness" in the Trump presidency.

Republicans Collins, Romney and Murkowski all have expressed interest in hearing from Bolton and the others in the trial and captivated attention during the final hours of questions.

Murkowski drew a reaction when she asked simply: "Why should this body not call Ambassador Bolton?"

Alexander, who was influenced by the late Howard Baker — who broke with his party over Richard Nixon — also captured attention when he questioned partisanship in the proceedings thus far.

In response to Alexander and others, Democrat Rep. Zoe Lofgren of California, a congressional staffer during Watergate and now a House prosecutor, told the senators that the Nixon impeachment also started as a partisan inquiry before a bipartisan consensus emerged. She told them while the House acted on party lines against Trump, the Senate — "the greatest deliberative body on the planet'' — has a new opportunity.

Alexander is also close allies with McConnell, and after his question Thursday night he consulted with a key staff aide to the leader. As the senators broke for dinner, Alexander and Murkowski met privately.

Senators dispatched more than 100 queries over two days. The questions came from the parties' leaders, the senators running for the Democratic nomination against Trump and even bipartisan coalitions from both sides of the aisle.

Trump's lawyers focused some of their time Thursday refloating allegations against Biden and his son, Hunter Biden, who served on the board of a gas company in Ukraine while his father was vice president. Rep. Val Demings, D-Fla., one of the managers, said the Bidens have little to tell the Senate about Trump's efforts to "shake down" Ukraine for his campaign.

The White House has blocked its officials from testifying in the proceedings and objected that there is "significant amounts of classified information" in the manuscript. Bolton resigned last September — Trump says he was fired — and he and his attorney have insisted the book does not contain any classified information.