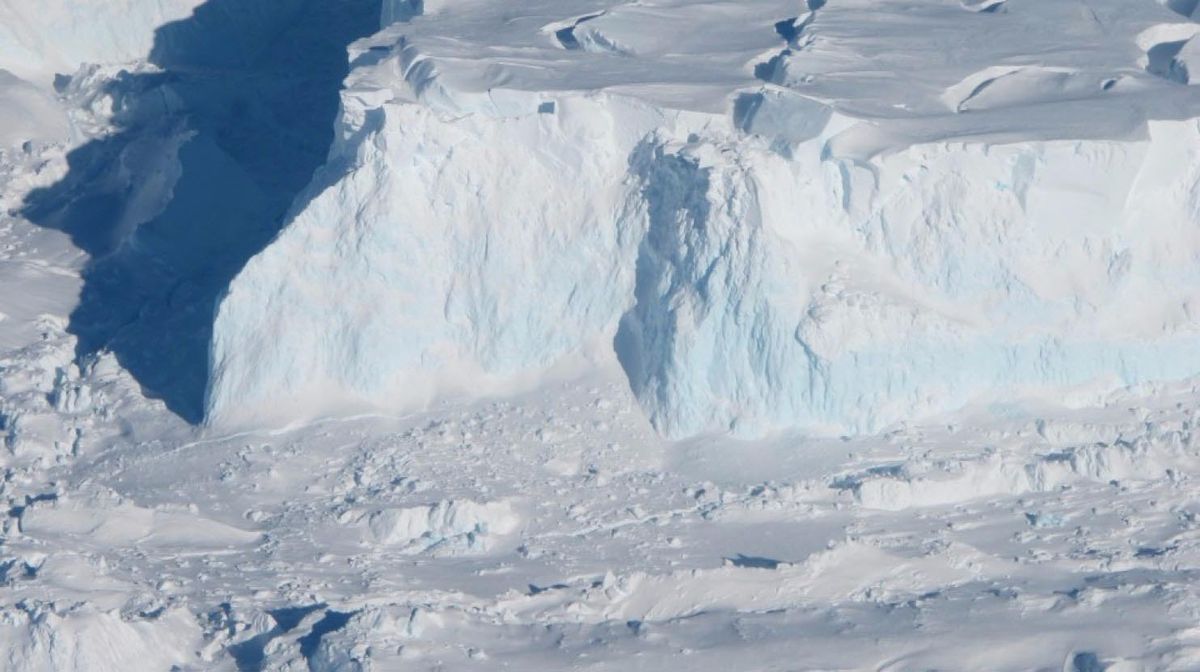 Warm ocean water has been discovered underneath a massive glacier in West Antarctica, a troubling finding that could speed its melt in a region with the potential to eventually unleash more than 10 feet of sea level rise.

The unprecedented research, part of a multimillion-dollar British and U.S. initiative to study the remote Thwaites glacier, involved drilling through nearly 2,000 feet of ice to measure water temperatures in a narrow cavity where the glacier first connects with the ocean. This is one of the most difficult-to-reach locations on Earth.

At a region known as the "grounding line," where the ice transitions between resting on bedrock and floating on the ocean, scientists measured water temperatures of about 0 degrees Celsius (32 degrees Fahrenheit). That is more than 2 degrees warmer than the freezing point in that location, said David Holland, a New York University glaciologist. He performed the research with Keith Nicholls of the British Antarctic Survey.

"That is really, really bad," said Holland. "That's not a sustainable situation for that glacier."

Scientists already knew that Thwaites was losing massive amounts of ice - more than 600 billion tons over the past several decades, and most recently as much as 50 billion tons per year. And it was widely believed that this was occurring because a layer of relatively warmer ocean water, which circles Antarctica below the colder surface layer, had moved closer to shore and begun to eat away at the glaciers themselves, affecting West Antarctica in particular.

But that had not been directly confirmed because Thwaites is massive (larger than the state of Pennsylvania) and exceedingly difficult to reach.

"The biggest thing to say at the moment is, indeed, there is very warm water there, and clearly, it could not have been there forever, or the glacier could not be there," Holland said.

Thwaites is the most worrying glacier in Antarctica because of its size - it is unusually wide, presenting a 75-mile front of ice to the ocean, without any rocks or mountains to hem it in. This means very large volumes of ice could break off and flow uninhibited through this region into the sea.

Even worse, Thwaites gets deeper and thicker from its oceanfront region back into its interior in the heart of West Antarctica. This is known to be an unstable configuration for a glacier, because as the ocean continues to eat away at its base, the glacier becomes thicker, so more ice is exposed to the ocean. In turn, that ice flows outward faster. Scientists call this "marine ice sheet instability."

Researchers believe that as recently as some 100,000 years ago, West Antarctica was not a sheet of ice at all - but rather, an open ocean that later converted to glacier. The fear is that the melting now taking place could lead to a return to open ocean.

Granted, it would still take a very long time to melt all of that ice, but there's a fear that it could begin in a substantial way in our lifetimes, worsening sea level rise.

Because Thwaites is so vast, the measurements were confined to a region known as its eastern ice shelf, where a floating part of the glacier is 600 meters (nearly 2,000 feet thick) and underlain by just 40 meters (about 130 feet) of water. Scientists drilled through the ice using a technique known as hot water drilling, and then extended an instrumented cable to take measurements in the ocean cavity.

They also detected turbulent water in the area, suggesting that saltwater and freshwater are swirling together as the ice melts. This process may draw the warm water in toward the glacier and speed the losses.

"The key here is that they drilled very close to the grounding line," said Eric Rignot, a researcher with NASA and the University of California who also studies Thwaites closely and commented on the findings. "We do not know much about ocean-ice interaction in that narrow part of the cavity, yet this is the crucial part for ice dynamics, glacier stability, fast retreat."

"Is the water moving around and releasing heat to the ice efficiently, is it stagnant instead?" Rignot continued. "Our sense from remote sensing is that it is not stagnant but very actively melting ice. So having temperature measurements in that narrow part is essential."

Rignot said the water is probably even warmer in other regions of Thwaites, which could retreat even faster than the spot where the measurements were taken.

[Greenland’s accelerating ice loss is likely to get even worse]

Keith Nicholls of the British Antarctic Survey, who co-led the new research atop Thwaites, said in an email from Antarctica that the relatively warm water they discovered was actually "associated with low (for the area) melt rates because of the low currents." Still, he too affirmed the water was more than warm enough to melt ice.

Climate change is believed to be shifting winds around Antarctica, which in turn are connected to a warming of the tropics and shifting patterns of atmospheric circulation. The winds drive ocean currents, and the change has meant that the warm offshore layer, called circumpolar deep water, has been pushing in closer to shore, where it can melt ice.

Scientists say there is much more to learn about this process, but the most important fact is clear - warm water is causing Thwaites to melt and retreat.

“This is the first verification ever of warm water at a grounding zone on the Thwaites glacier, arguably the most important one in West Antarctica,” said Holland. “So the pieces fit.”